Disclosure: I was invited to the Activision Family Game Summit in #NYC. I received Activision games as a thank you gift. All opinions within this post are 100% mine.

Have your kids started playing video games yet? I was a little late to the video game world. Last year I attended my first Activision event, and learned a whole lot of information about video games. It was the first time I’d heard the benefits of video game play for kids, and I have to say, it’s kind of true! When Christmas rolled around in 2012, my kids received not only Kindle Fire HD’s from their grandparents, but also Nintendo 3DS’s from me and the husband. Obviously they don’t play with these things all day, but the little amount of time each day they do play on them, has helped their hand-eye coordination. It’s not the best, but it’s so much better. 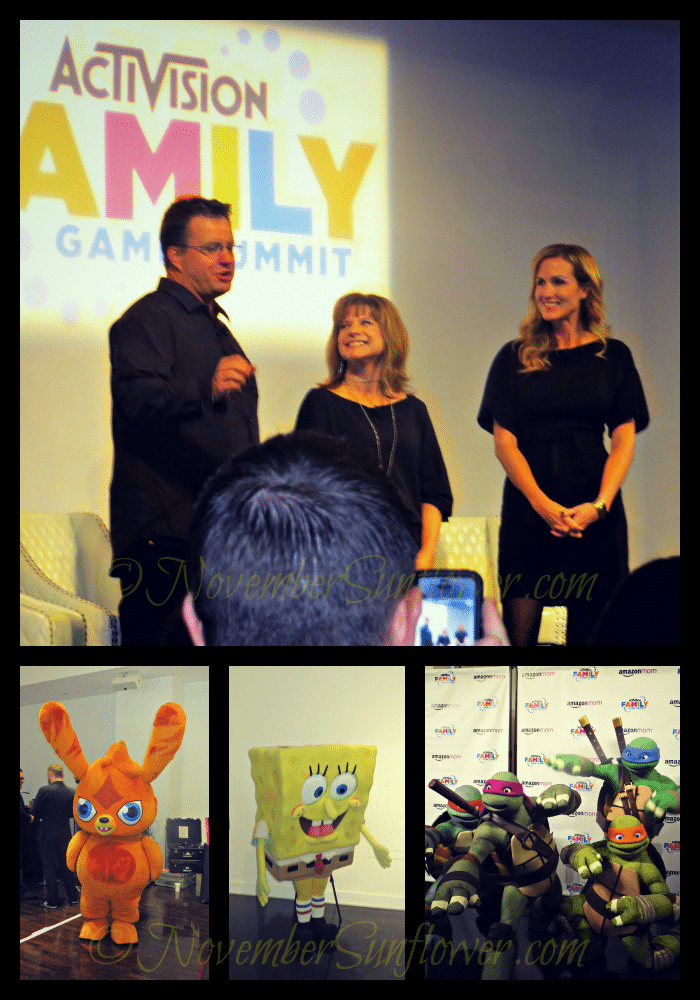 If you’re kids are only playing video games, sure. It’s going to be a problem. However, if playing these video games is done in a structured way, just like everything else in life, it can be a huge benefit. In the past year, I’ve noticed a serious improvement with my son’s hand-eye coordination. He plays on his Nintendo 3DS a bit more than my daughter, she’s more of a Kindle lover. The Boy has also started to really learn that if he “keeps trying” he can improve his skill level. Since he just turned 5, it’s kind of awesome to see even just that little spark of pride he gets when he reaches a new level in a game he’s been attempting for weeks. I went years thinking these video games would suck the kids into a comatose state, and I’d never see them living life. I was wrong. I can admit it.

Once the game playing time is over, the kids are easily guided into outdoor games, or heading to one of their many other after school activities. If my son has a long wait while his sister’s in one of her classes, he’ll play for a bit, but usually it’s just about 20 minutes and then he wants to do something else. The images of him fighting with me, pulling the games and tantrums just never happen. Will it start to happen? I have no idea. However, for now, the games are more of a benefit, rather than a detriment, to my kids’ lives – so we go with it.

Playing Video Games as a family as a way to bond

Once we had the Kindles, and the Nintendo 3DS, I figured we could branch out and get a game console. I went with the Wii, which I got second hand from a friend who didn’t use it (she had no kids, and used it once a year.) As a kid, I wasn’t a big gamer. I mean, I grew up with Commodore 64 and the original Nintendo Game Boy. We’re talking BORING compared to what these kids have! I played sparingly, and grew out of it rather quickly. Now that I’ve got kids, they want me to participate in their games…..and I have no clue what I’m doing. I hand it back and apologize “Sorry, I have no idea how to get you to the next level on here, you have to keep trying.”

Now with the Wii, there’s fun games I can participate in with them….plus get in a workout, and have a lot of fun dancing around the living room. A few games that have intrigued me and the kids? We’re lovers of Wipe Out, Angry Birds Star Wars, and even Teenage Mutant Ninja Turtles. 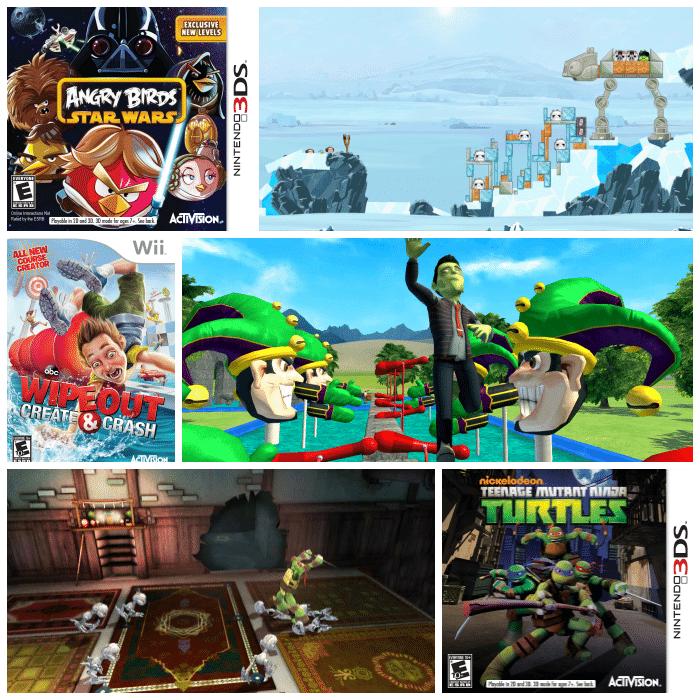 Our family’s looking forward to a new game for 2014

While attending the Family Game Summit, we all were told that a new game is ‘a comin’ in 2014. It’s all based on the very popular show Duck Dynasty. When they announced it, the celebrity visitor for the event all made sense! Our family’s looking forward to a new game for 2014, for sure. The hubby loves the show, and I find it comical when I’m sitting in the living room watching it with my husband. They are a fun bunch from what I’ve seen! 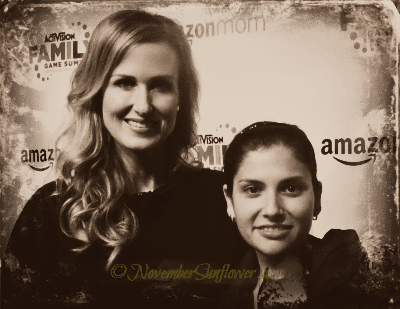 The moral of this story? Play games together, whether board games, OR video games! It’s a bonding experience for everyone. Just make sure you’ve got plenty of space if you’re doing Wipe Out, or anything dance related……someone MIGHT got knocked out if you’re living room isn’t large enough. Not that anything like that happened in our house……..