Disclosure: My family and I attended the 30th birthday/anniversary of the much loved Cabbage Patch Kids. We were fed a lovely brunch, the kids got to pick out one doll each, and I just felt like I was a kid again the entire time. The day was magical and all opinions are 100 PERCENT mine! 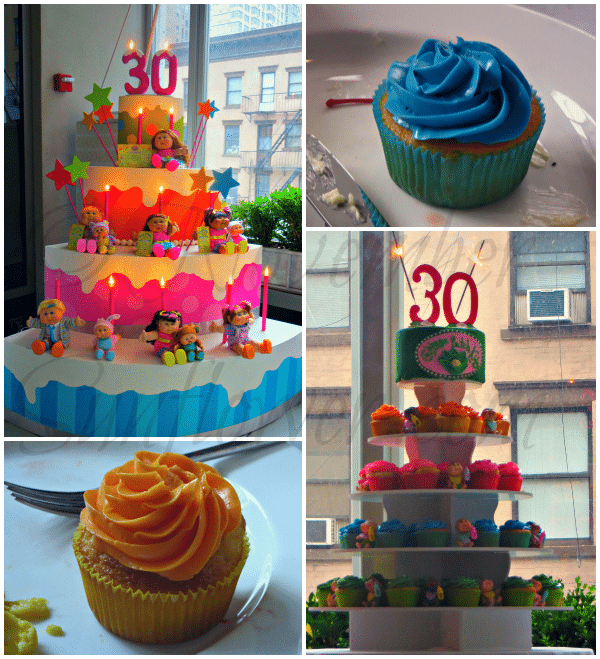 I remember the year Cabbage Patch Kids came out. I begged my mother for one. My sister, too. My mother asked everyone to keep their eyes out for them. She didn’t want Santa to disappoint on Christmas morning. Of course. Every store she visited: sold out. She was hoping for a miracle: finding two.

Every year, Christmas Eve celebrations were at mom’s house. Without fail, the house filled with with family, as well as friends, also had lots of food and gifts. Mom’s best friend, now her cousin by marriage, Debbie, always stopped in to exchange gifts. She’d celebrate for a little while before heading to her next gathering. Mom asked her to keep an eye out at the store our cousin worked at, and if the dolls came in, to call her so she could get two of them. Debbie claimed her store sold out immediately, and she just wasn’t able to snag anything for her.

Debbie LIED! Christmas Eve, 1986, my cousin came in with two wrapped boxes shaped like Cabbage Patch Kid boxes. Sure enough, after tearing the paper off of our boxes there stood two Cabbage Patch Dolls. Her goal was to snag girl dolls, however, she snagged two boys. Neither of us cared. We had our Cabbage Patch Kids, and all was right in the world! His name was, and still is, Lamont Montgomery. Dark hair, blue eyes, green jumper. 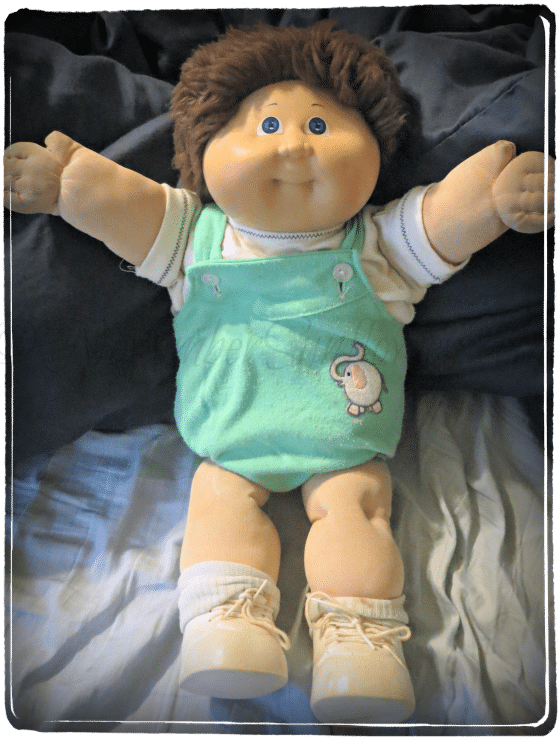 Years passed, and my collection grew. One year I received a Preemie; another year, my sister and I split a set of twins. Over the next couple of years, I received a couple more “kids,” and the horse. Oh, and a Koosa. Remember those? Oh yeah! 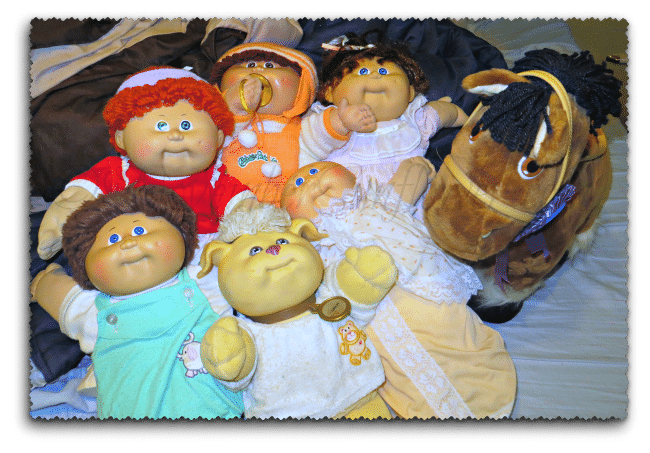 Fast forward 30 years and my little girl, about the same age as me (I’m rounding up here folks for sentimental reasons, go with it,) chose her first Cabbage Patch Kid out of a sea of dolls. It all happened at the Cabbage Patch Kids turn 30 celebration in New York City. 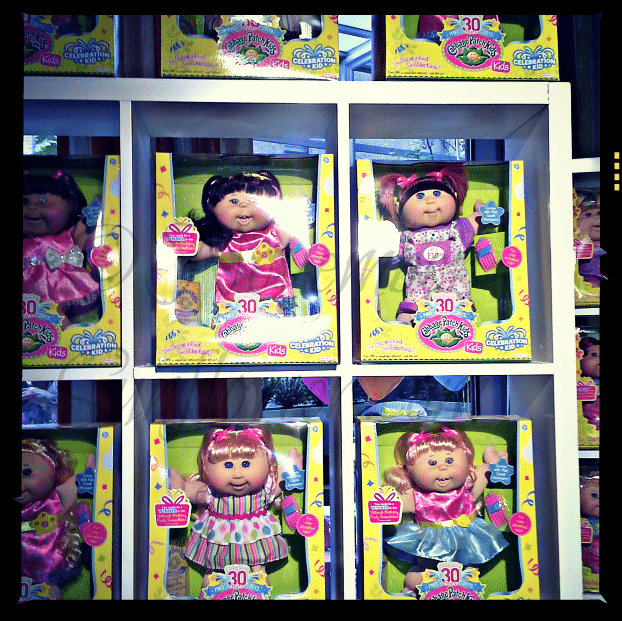 And so did The Boy. He chose a blond at first, and then ended up with one looking exactly like his sister’s doll. We’ll ignore how annoyed he is the two dolls have different names, since he wants everything the same as his sister. Such a pest! 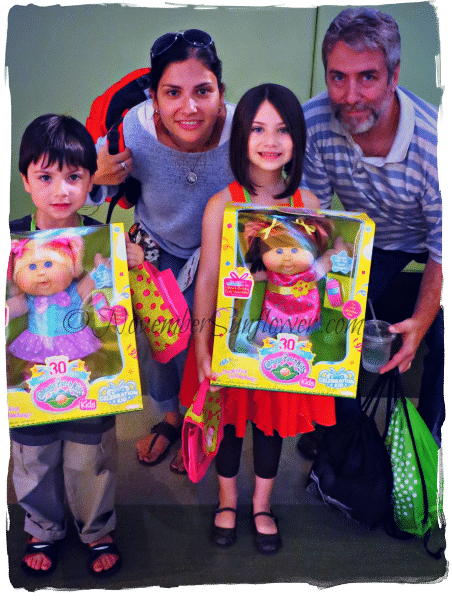 The whole celebration day was filled with:

It was beyond adorable, and the food was great, too. 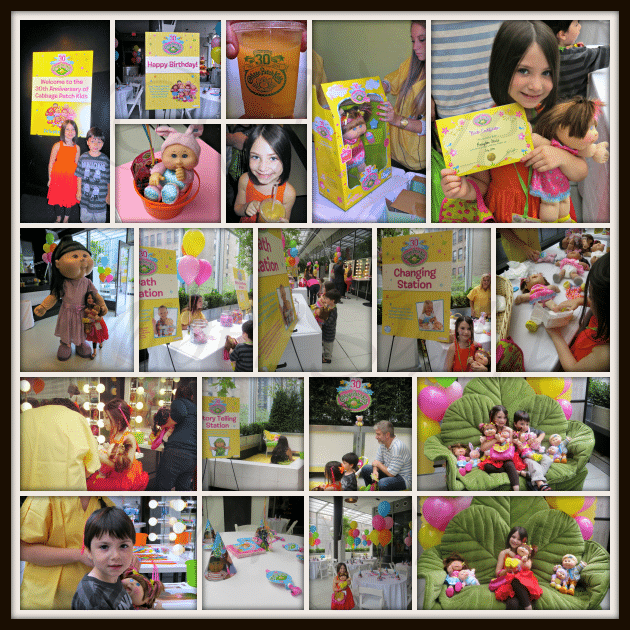 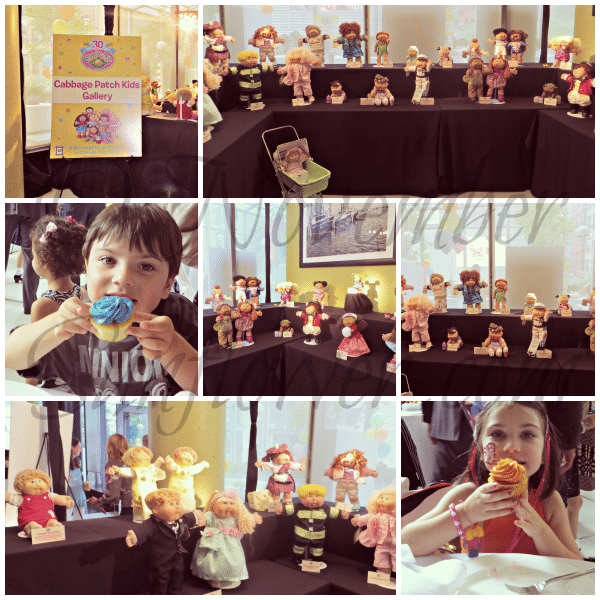 Pure joy for my little girl. 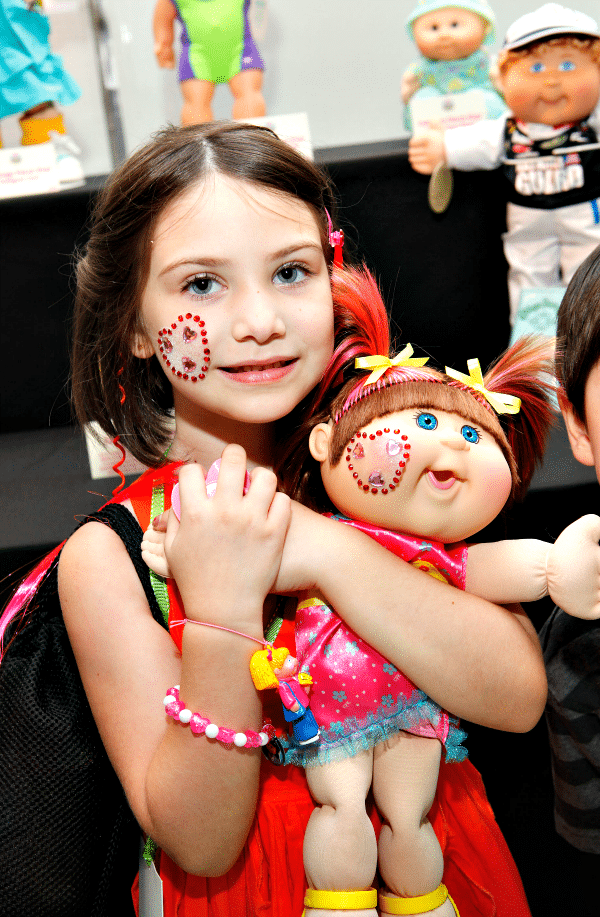 Happy Anniversary, Happy Birthday to Cabbage Patch Kids all over the world!