Capturing life moments in a Montage

A little over a year ago, I had the most amazing gift given to me. It wasn’t given to me by any one person. It was just life giving me a beautiful gift at the right time, and it worked out exactly as it should. It took me a year to be able to do it, but I’m capturing life moments in a Montage photo book from the amazing gift that presented itself to me last year. The gift? A trip to California. 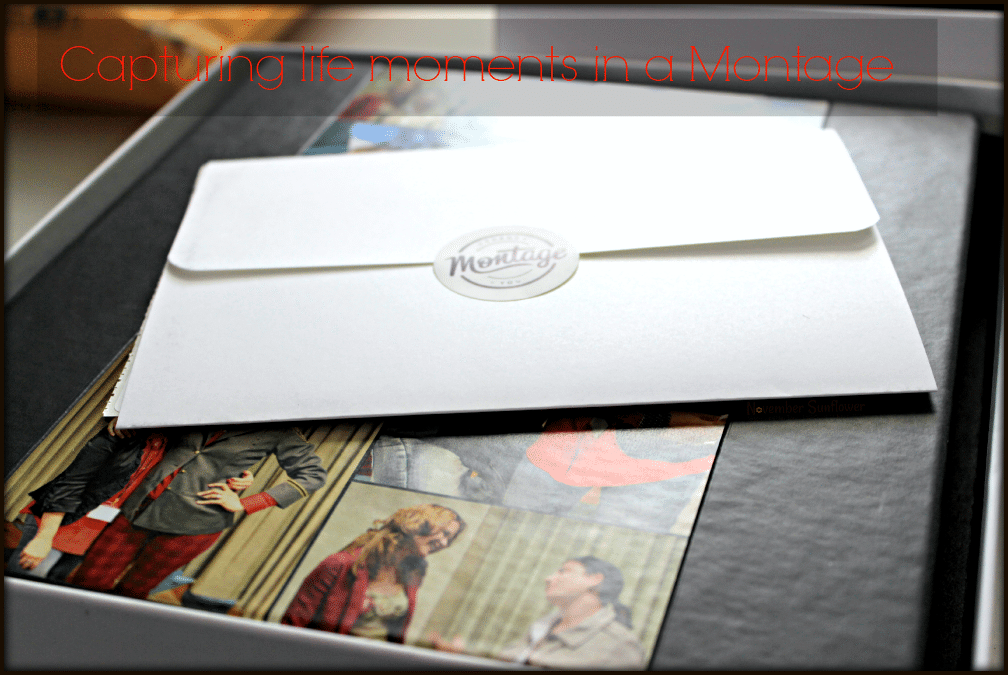 It wasn’t a gift that was given to me in the form of a free trip, or hotel stay. The gift was the fact that I was able to afford the plane ticket, hotel stay, and of course, was able to arrange for my husband to take off from work to be the parent on deck for a week. All the things in life aligned, and I even got out of New York right before a huge snow storm that ended up canceling almost every other flight to California for a few days.

What was the reason for the trip? An entertainment conference for a network I was involved with, thanks to my website. The conference was announced, and my husband said “Go. It’ll be a chance to see your cousin while you’re out there.” He gets me. He knew what I was thinking the moment I saw the conference location was Anaheim, California. He also knew my fear of flying, and that I hadn’t been on a plane since 2007 when we flew with our daughter to Florida. His next words were “Just get over the fear of flying, and get the conference pass.” Our original plan was to all go together. Unfortunately, money was tight and only I would be able to go. It freaked me out, but I wasn’t letting the change of plans stop me.

Everything all started to fall into place. Even as I stressed about how I’d pay for the hotel for the week I was staying in it, a roommate fell into my lap at the last minute. PERFECT. She was my kind of chick, we got along great, and she totally got that I hated having housekeeping come into our room. I had no excuses! When the plane had a leak in the engine, I didn’t run off of the plane. I sat in my seat, and a good friend of mine kept me laughing through text messages, so I wouldn’t chicken out. Plane was fine, took off late and I almost missed my connecting flight, but squeaked into a seat for the long flight cross country from Baltimore. Yup, thanks Southwest for making flying with you utter torture. Bring me down to Baltimore from Long Island, so I can still have a cross country flight. Way to make it happen!

Nothing was stopping me from getting to California. I was excited to go to the conference, network, mingle, and make new friends. I got to hang with RICHARD from one of my favorite movies, Brown Sugar. In the real world, you might know him as Keith Tisdell. Totally adored Keith. Don’t get me wrong, spending time with all of the guests at the conference was amazing. However, getting to know Keith was beautiful. 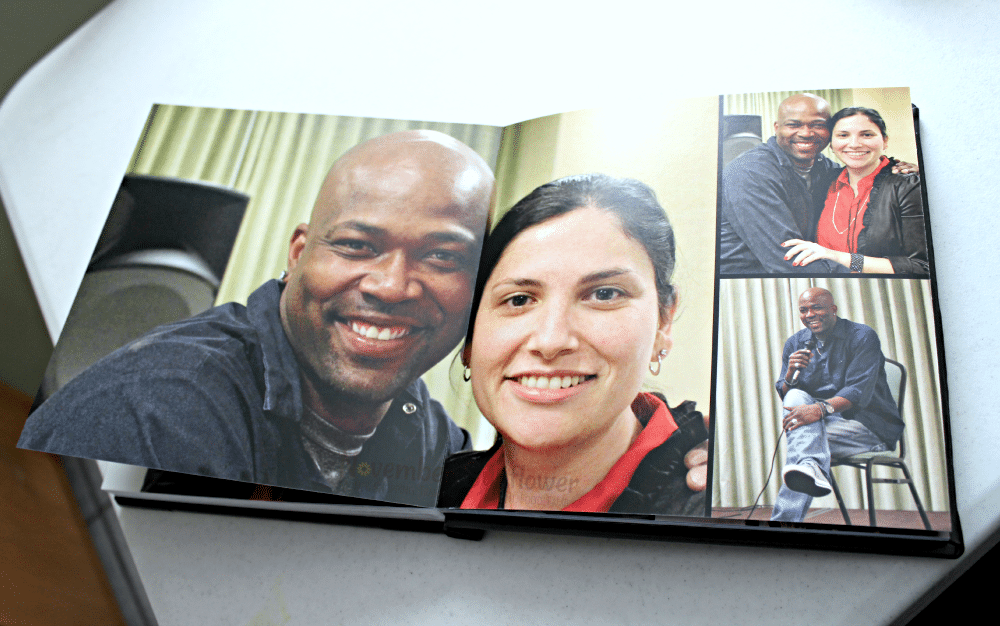 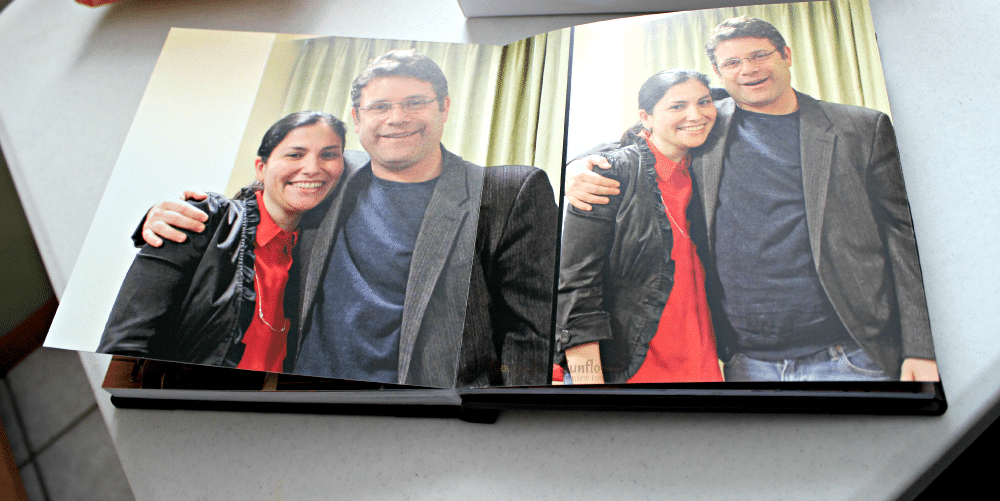 Finally getting to go to Disneyland and California Adventure was a huge thrill for me, too. Even though experiencing it with my kids would have been even better, it was still a big deal for me. However, the most precious part of the trip was seeing my cousin. Finally meeting his wife and son IN PERSON, not through Skype, or Facetime. Participating in an annual birthday celebration for a lost loved one was another part of the trip I looked forward to. 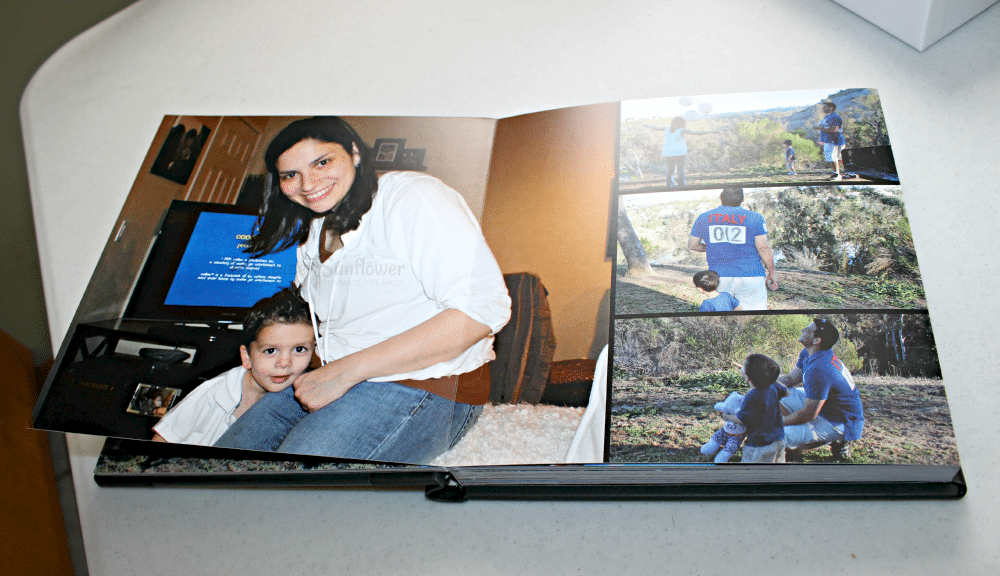 Capturing life moments in a Montage

Everything was better than I thought it would be. I met amazing people, and made lifelong friends. I became the official photographer for the conference, and ended up bonding with all the fun guests. Disneyland was fabulous. What did I love the most? Hanging with my cousins.

Our family lost a beloved baby girl in February of 2010. Still Birth. It stole a beautiful family member from our lives. Since her death, the only way I could honor her was from New York. It felt so far away. Well, in 2014 my cousins were happy to have me join them in their annual birthday celebration honoring our lost baby girl. It was, by far, the most amazing experience of the entire trip. Allowing me to be a part of such a special ritual meant the world to me.

Spending time with my cousin, who had battled Melanoma and finally WON (and is still winning,) felt amazing. Being able to hug, and touch him, and his son, and his wife. It was insane, surreal, and unforgettable. My cousin is more like a little brother, and having him so far away for so many years, has been difficult. Finally being together….there’s no way to describe how it felt. If I didn’t have the photos to look at, I would think I just dreamed it all.

All the photos from that trip were awesome: conference, the day at Disneyland and California Adventure, the time spent in Downtown Disney, my time with my family, and the amazing balloon release in honor of our beautiful girl’s birthday. All of the photos sat on my computer for a good year. I wanted to print them all out and hang them all over the house, to remember the beautiful week. However, I found a better way of capturing the moments! The best photo book I’ve had the pleasure of experiencing.

Simple, right? Guess what? The process is effortless! Simple doesn’t even begin to describe the process of putting together a Montage photo book. Loading images takes little time. Montage puts the photos into the book for you, and you’re able to go through and adjust the pages after the photos fill the pages up. It took me five minutes to put the book together, tweak it, and then order it.

The part that took the longest was downloading the photos, because I had so many of them. Technology can’t do everything in lightning speed when you’ve got so many huge files to download to a photo book. However, it didn’t take a long time. To be honest, I chose the photos, let it do it’s thing while I was getting the kids off to bed. How long it actually took, I cannot tell you. All I can tell you is after the kids were in bed, and I went back to the computer, the photos were ready to automatically fly into the book!

Almost too good to be true, I know. Well, the truth is, I’m pretty anal about putting photo books together. It’s got to be done a certain way, and I normally spend months putting together my photo books on other platforms. I’m a bit of a control freak, yes. It took a lot for me to allow Montage to do it for me, and I couldn’t be happier with what it came up with. YES, I went in and swapped out some photos, and moved a couple of pages around, but for the most part, the program did a phenomenal job.

It might just be my favorite photo book right now. Every year I do a year-in-photos photo book. Normally I go month-to-month, placing the photos from January through December. Very ordered, but beautiful. It takes me MONTHS to do. Perhaps Montage will be the better way to get it done, especially if I can adjust things with such ease. 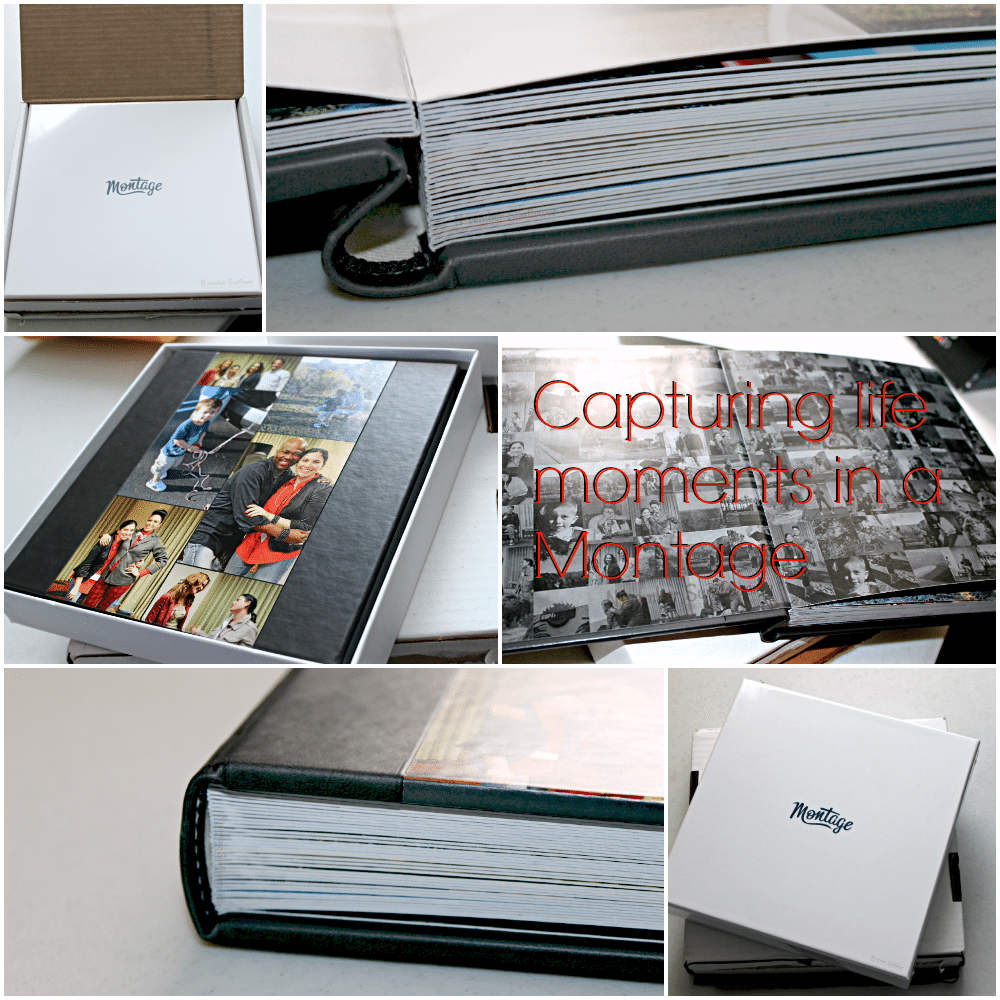 Downside to the process? Like every other photo book, I wish I could adjust the photos while in the book. In the world of digital photos, the last thing I want is to Photoshop 100+ photos, load them into the photo book program, and only use half the photos I spent time adjusting in Photoshop. I’d rather just be able to adjust them once they’re in the book. Hey, that’s just me.

My California memories in my Montage photo book – PRICELESS. 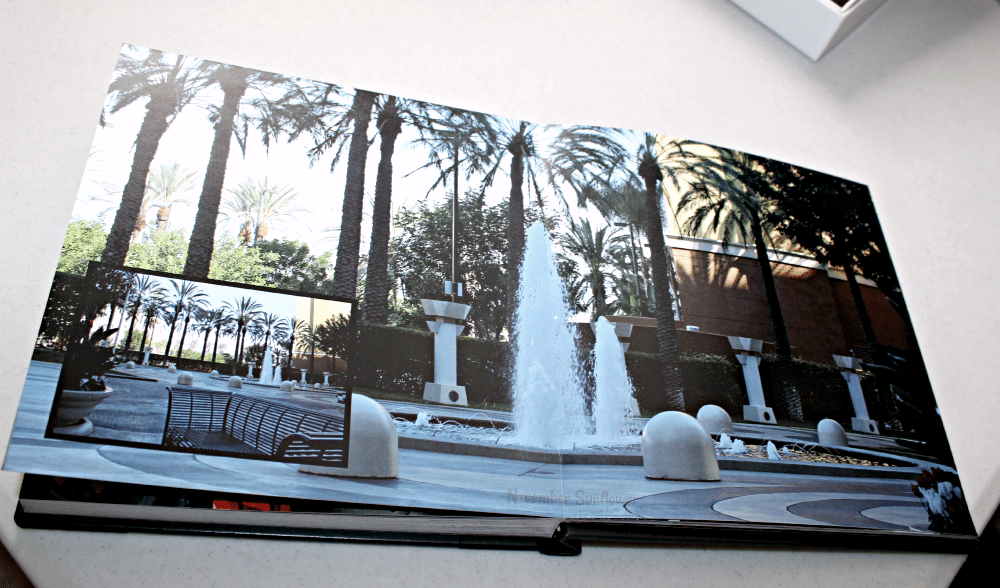 Go make your own Montage book today! Click on the image below, it’ll bring you right to Montage so you can make your own book in minutes.