FiOS helps me watch the St. Patrick’s Day Parade. Every year I try to watch bits and pieces of New York City’s St. Patrick’s Day Parade. I’ve been told I have some Irish in me, by way of my Australian roots. Plus, I just love seeing all the marching bands full of kids, getting to play in New York City’s famous parade. It’s damn cute. Normally, I throw it on the television, and watch from my desk, because my internet used to be super slow. Not anymore! 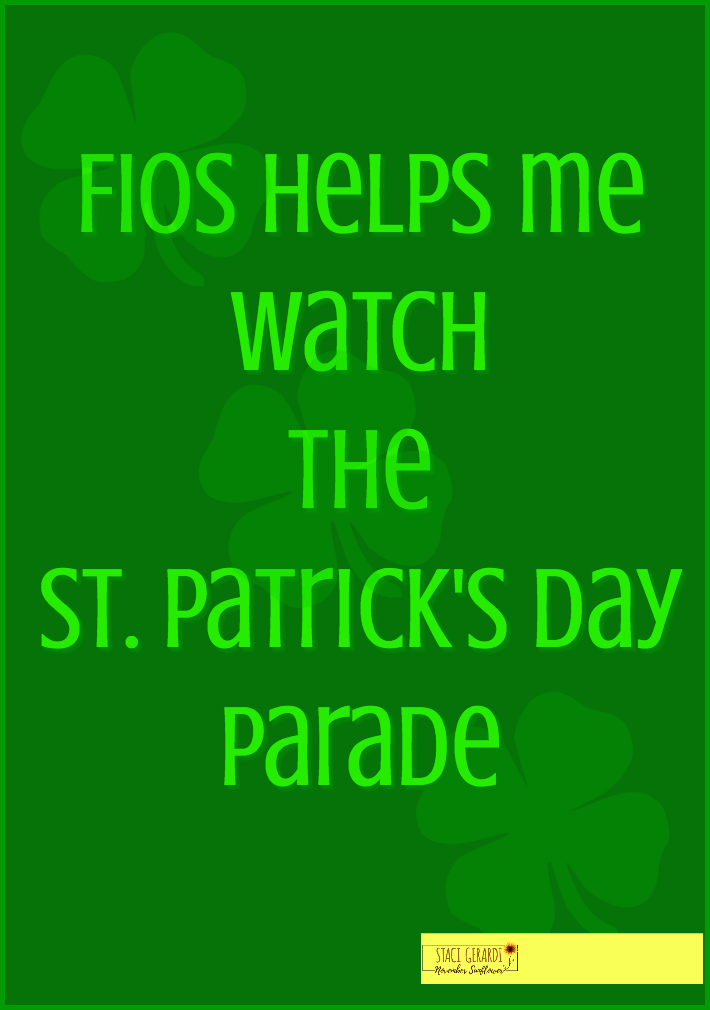 Watching the St. Patrick’s Day parade on television can be difficult while working from home. Usually, the television is on, for the noise. But, I also have music blaring at a deafening decibel. Plus, who has time to really sit down for hours upon hours, in front of the television. Let’s also face it, I’m not going to DVR it, because I’ll never go back and watch it.

Instead, I stream it live while I’m working online. While I’m working on my desktop I can put the live feed of what’s happening on the parade route in the corner of my screen. I wasn’t able to do this with my last provider, because it would drag the speed of my internet down to turtle walking through molasses speed. Not anymore!!!! FiOS helps me with a much faster internet, that can handle way more internet activity happening at one time, one one computer.

No lagging internet; dragging speeds; and, no having to shut things down every once in a while to speed up my work.

Honestly, I enjoy watching the parade because of the marching bands. All those kids work so hard all year, and it’s great to see them come to New York City to play in the biggest parade of all time! Plus, I know many of those kids are experiencing NYC for the first time. It’s just exciting. Gives my heart a bit of a boost.

If the television is on, I kind of miss the stuff I enjoy the most. I won’t miss that stuff this year, thanks to Verizon FiOS Internet. Whoop, whoop.