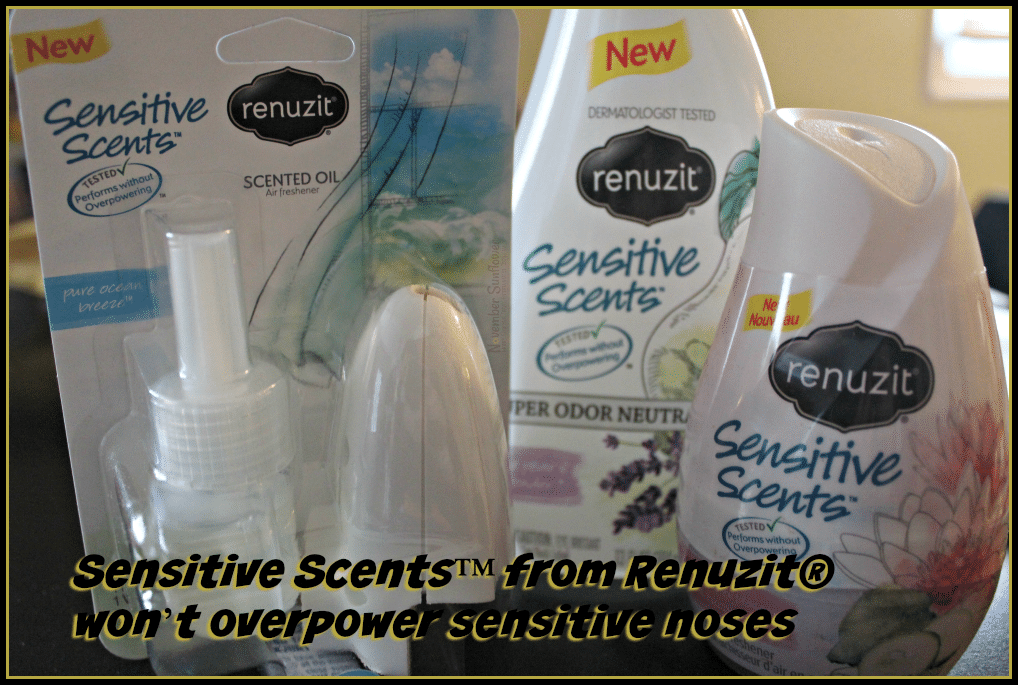 We all know it. It’s just a fact of life. Boys stink. It doesn’t matter what age a boy is, they just stink. More often than not, air fresheners irritate my nose. Sensitive Scents from Renuzit won’t overpower sensitive noses, though! We’ve been using it in our bathroom, because that seems to have a high concentration of boy stink. My nose doesn’t get that burning feeling, and it’s rather pleasant to have a break from the boy stink!

I’ll admit it. I don’t like having air fresheners in the house. Most of the time, they make me sick. My nose gets that burning feeling, my eyes water, and they give me a headache. I rely on a lot of sprays, which is fine, but as The Boy gets older, the sprays just aren’t enough. Honestly, because Little Miss is an athlete, she gets a bit of STANK on her as well. There’s only so many sprays I can use around the house, you know?

Now Renuzit Sensitive Scents does have a trigger spray, which is good. Totally enjoying the pure white pear & lavender aroma from the trigger spray. I’ll definitely use it. However, the big draw for me are the adjustable cones air fresheners, and the plug in universal scented oils air freshener. One bathroom has the air freshener sitting on the sink, the other one has the scented oil air freshener in the wall outlet. We’ve got a nice break from the regular unappealing odors that waft out of the bathrooms after the boys in the house have spent time in there.