Teaching kids to read with an app

Disclaimer: This post is a sponsored post for which I received monetary compensation. In some cases, compensation may have been used to purchase the item so that I may give a personal account of my experience. 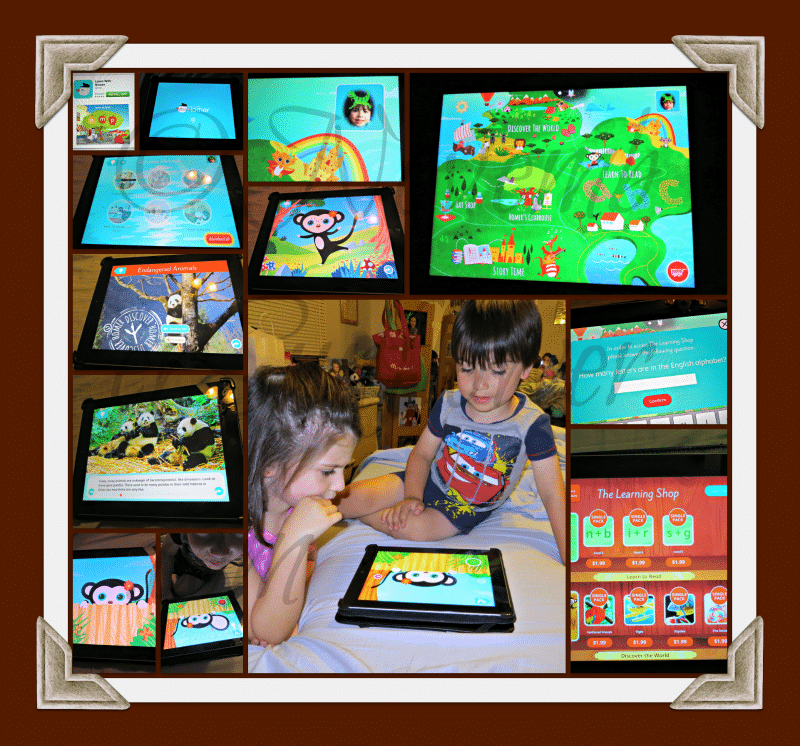 Teaching kids to read with an app isn’t really something I’m super familiar with. I’ve only known of one other app, which I love, and so does my son.  When my daughter was growing up, as a parent, I just read to the kids, and hoped they love to read on their own – when the time came. My daughter, Little Miss, loves to read, but that wasn’t the case for a good chunk of time. My husband, and I, would always read to our kids, and Little Miss loved to “memorize” the shorter books and “read” them to us. When she hit Kindergarten, where she was suppose to “officially” learn how to read, and continue to learn how to write, her love for reading took a nasty turn for the worst.

Why? Well, it has something to do with all the “screening” being done in schools these days. Thanks to the horrible COMMON CORE that has been introduced into our schools, where they want all kids to learn in the same way and take lots of tests, and be screened every time they turn around. Forget having FUN. No, no. It’s all about jamming information into our kids, making sure they hate school, and only focusing on tests, so that we can all “race to the top.” I’m still not sure what “top” they’re suppose to be racing to……

Little Miss wasn’t enjoying reading, because she was being put through SCREENING at the age of 5. Her teacher sat her down, and then sat across from her with a pad, pencil, and stared at her, making notes. My daughter froze up, had no clue what her teacher, or sometimes a stranger she didn’t really know well (like her Principal who isn’t what I would call “kid friendly”,) was doing. My daughter doesn’t learn well in this type of situation, so everything coming home was NEGATIVE. I stepped in, asked them to explain to me how they did these screenings for her reading, and when they told me, I told them to STOP.

“Give her some space,” I told them.

“Put your stupid pad and pen away, and just LISTEN to her read,” I insisted.

“Take your f-ing notes when she’s done, it’s not that hard to do,” I gently told them (and yes, I used the f-word because that’s who I am, and I don’t have time in my life to “pretty shit up.”)

It was a miracle. She went from being the worst, according to their screening methods, to one of the BEST, readers in her class. Imagine that. Pay attention to the kids you have in your class. With the new COMMON CORE, teachers are under so much pressure to pass these damn tests, they forget who these kids are, and how they are different, and most importantly, THEY LEARN IN DIFFERENT WAYS.

Well, now my son’s entering Kindergarten, and he’s already not loving the whole reading process, because he saw what his big sister went through. He’s always insisting “it isn’t fun to learn how to read, I just want to be read to.” My answer? It’s important to learn to read, because that’s how you learn about the world we live in. I may like to read about sports, and learn about that, but you might want to learn about animals, and how will you do that if no one is willing to read books about animals? TO YOU?

We’ve been using an app on the iPad that came out last month, and he loves it. However, all kids like to have choices, so I had to figure something out…….and that’s when fate stepped into the picture! I was asked to check out a new reading app coming out for kids in August! Oh yeah, that’s right…..being a writer is sometimes an amazing gift for our family!

Learn with Homer is a new App for your iPad, and it’s such a great find for us! It’s not an app that will just help teach my son to read, but it’ll bring the world to him. My favorite part of this app is the endangered animals section. He’s learned so much about Pandas, which are my favorite animal, and he’s starting to understand why Mommy has such a love for these creatures. He’s making the connection in his head. His mind is always turning as he looks at the various photos, statues, and plates we have in the house, which feature the Giant Panda. I can see him thinking about what he’s been learning on Learn with Homer.

I have to be honest, I wasn’t open to this app when I first heard about who was responsible for it. Stephanie Dua is very “pro” common core. Since I’m very anti-common core, it kind of took me a lot of coaxing from my husband to even consider checking it out. I’m glad I did. It’s helped my son, and it will continue to help him once he enters Kindergarten in September. The App, and the first few lessons are totally free, but in order for the company to make money, you have to buy different “packages” that aren’t overly expensive.

You get a lot of bang for your buck with each purchase, and all the in-app purchases are $1.99 for single purchases. Anyone who wants to “get more for their money” should go for the bundled options, which are $3.97 for the Learn to Read area of the app, and $5.99 for the Discover the World portion of the app. Totally worth every penny, my son asks for this app every time we have to sit, and wait, for his sister to be done at her activities. All of the sounds he learned last year in Pre-Kindergarten are being reinforced with the Learn to Read section of the app, and he loves to be read to, so it’s saving me a lot of energy, too.

One thing I love the most? If he tries to purchase anything from the app, he’s got to answer a specific question, which he’ll never get, because as of right now, even if he could read, he doesn’t know the answer! It’s a sort of “safety” thing Learn with Homer put into the app for us parents!