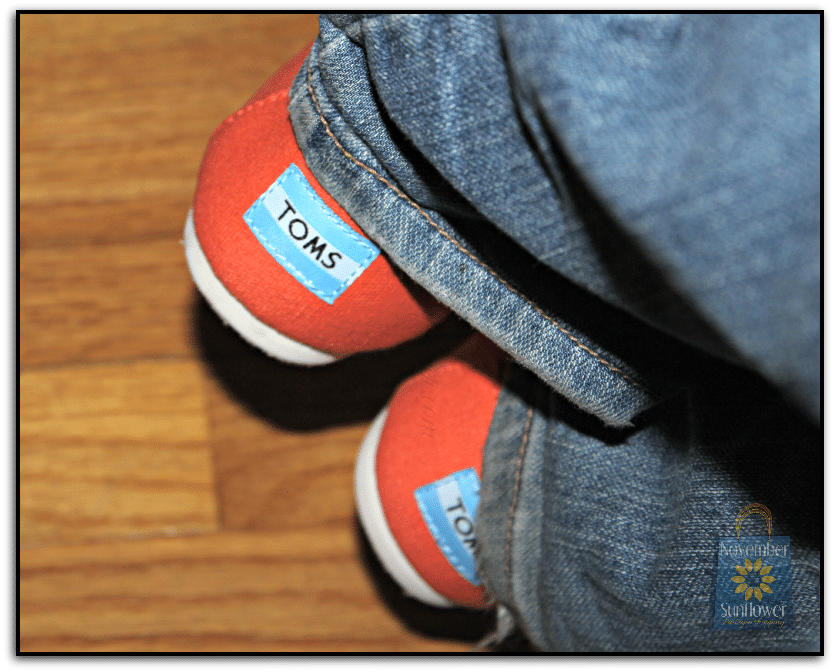 It’s now known I took my first trip on a plane in years. I went to Anaheim, California, for an entertainment conference. When I was planning all of my traveling, I realized I didn’t have a pair of shoes that were so comfortable I could spend the entire day in them, and not want to soak my feet all night once the shoes came off. At least not ones that were easy to remove during security at the airport! I’d tried Tieks, they didn’t work well for my feet. Next up? TOMS. Oh yeah, I did some major traveling with TOMS 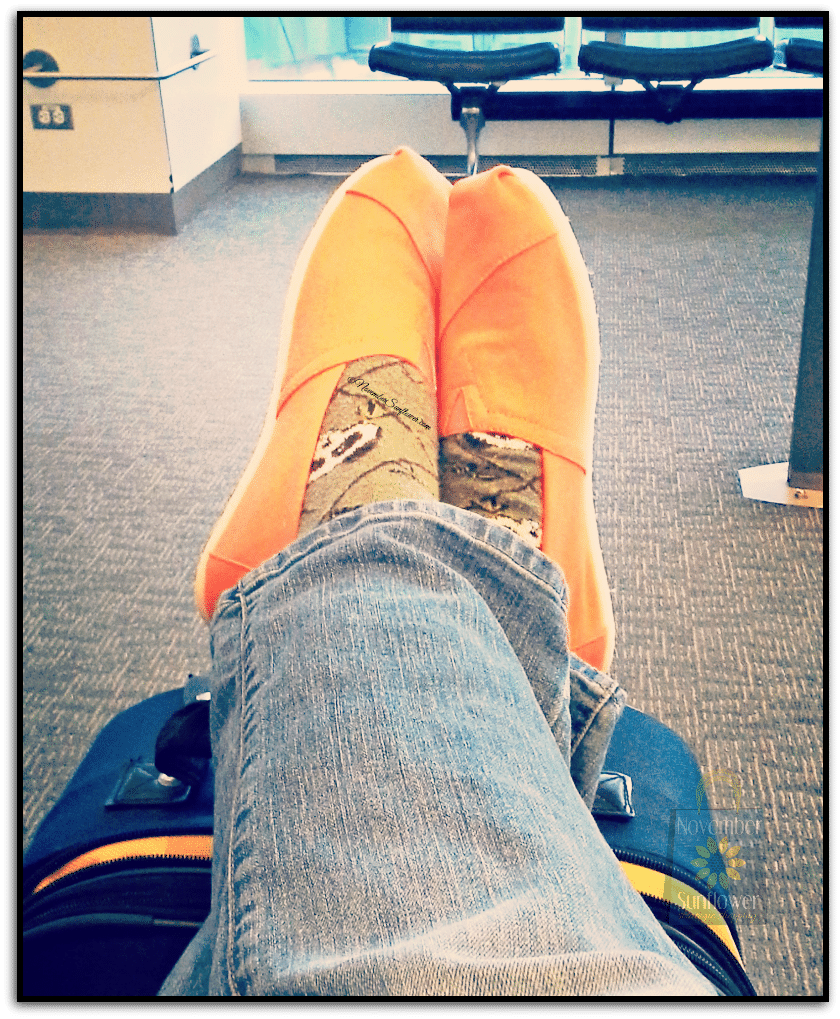 Traveling with TOMS means avoiding a lot of hassles. Seriously, here’s the issue with airplane travel when you’re not part of the “in crowd.” And by “in crowd” I mean those travelers who travel so much, they’ve got the option of applying for the “get through security without having to be put through scanners, or take shoes off.” The last time I was on an airplane was in 2008, and the next time is anyone’s guess. Which is fine. I’m good with being a less frequent traveler…..until I get into the airport:

The process at TSA Security

Doesn’t matter which scanner you go through, when you’re not a part of the “in crowd,” you have to remove your shoes, along with your jacket, and place all your crap in those little, gray plastic bins. Awesome. What’s the last thing I want to do while on this line? Untying, or unzipping, shoes and boots. Slip-on shoes are the only way to go, but most slip-on shoes suck. They’re flimsy, and aren’t comfortable. You end up with throbbing feet. I’m not into fashion, for the most part. I dress for comfort, and if I happen to look good, awesome side effect. At least while traveling.

A friend of mine suggested TOMS, so I checked them out online. After the Tieks experience, I thought it best not to order these kinds of shoes online. It was best to go to the store, try them on, and buy them. Off to the <gulp> mall I went, with a friend, two days before leaving. I tried on a few sizes, and found one that fit perfectly. The old me, the practical me, was going to get a neutral color I could wear with anything. Instead, I went for the color that reigns in this house: ORANGE. Apparently, orange is the new black…..at least that’s what the television show says!

BEST PURCHASE EVER. Well, I made a few great purchases for this trip:

It’s hard to choose which was the ultimate best purchase. TOMS might be the overall winner. It felt like I was wearing slippers the entire day of travel from Long Island to California, and again on the return trip. If you’re traveling, and want to feel like you’ve got slippers on the entire trip, get yourself some TOMS shoes. I’m going to have to look into their sandals for this summer, because man, they know how to make your feet happy! Plus, TOMS company gives back in a huge way.