If you’ve got kids, you know television is always something the kids want to watch. After homework, or on a lazy, rainy Sunday afternoon, they tend to take over the television. Well, that’s how it usually is in my house. Since I’m not much of a television watcher, I’m fine with them watching their shows in our main living room. However, when I want to have a little fun with them, I screw around with the television using my phone. How? Well, I’ve got the Verizon FiOS Mobile App on my phone, that’s how. 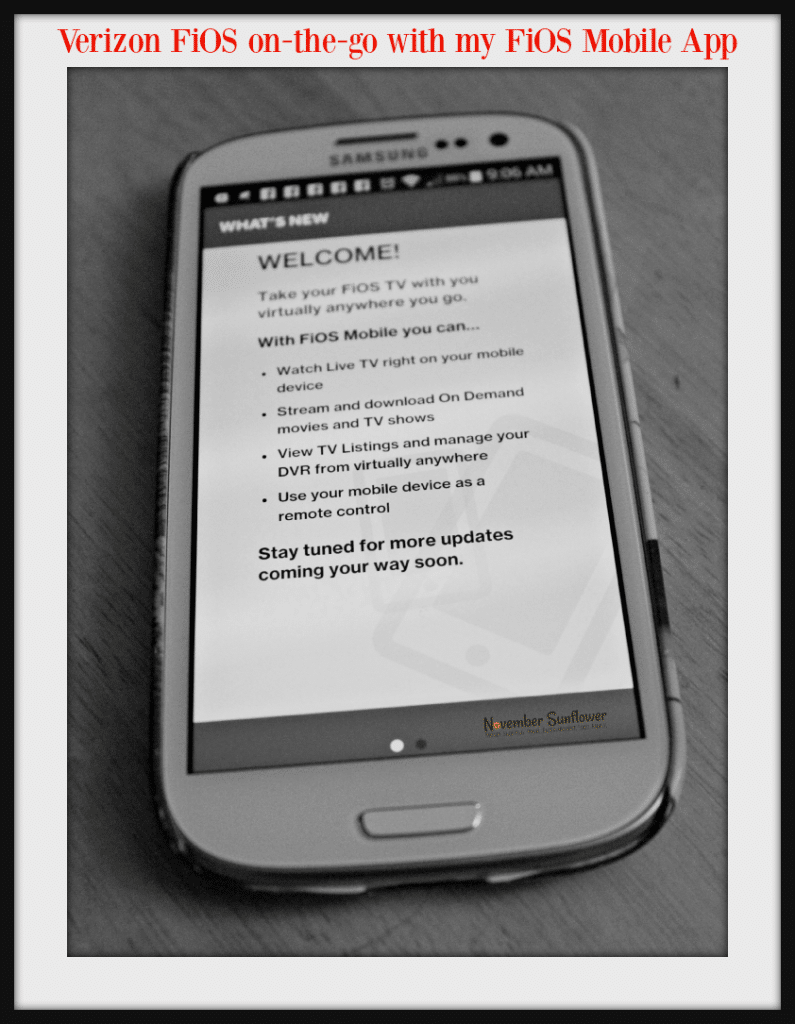 You read it here first folks, November Sunflower loves to mess with her kids. It’s kind of why I have kids: pure entertainment. Who doesn’t love the shocked looks on a kid’s face when the unexpected happens. It’s what YouTube viral videos are all about! Picture the little sunflowers on the couch, relaxing after a hard day at school, and just suffered through homework. They’ve their snacks, and are ready to chillax with their favorite shows on television. Peaceful, and calm.

HA! We can’t have that kind of nonsense. Mom’s having a little fun. What does mom do? She changes the channel on them as she’s typing away on her computer, working. All of a sudden one turns to the other one and says “stop changing the channel, it’s my turn to pick what we watch. Why would you want to watch this anyway?!” Then the other one responds with “you have the remote, I didn’t touch it. Turn it back!”

Mom’s just typing away, not saying a word. Little sunflowers put their show back on, a few minutes pass, and again, mom changes the channel. Both kids whip their heads towards each other and whine “STOP DOING THAT!” Only to look over and see the remote sitting on the table furthest from both of them. “How’d that happen? What’s going on?” Little Miss gets up, grabs the remote and puts it back on the channel they were watching.

Now, picture me holding my laughter as I watch her eye the remote as she puts it back down on the table. As if it’s doing this all on its own. It’s taking all of my self control not to burst out laughing at her reaction. They continue watching their show, but of course, the fun isn’t over for mom! Again, the channel changes. Both kids look at each other, look at the remote, and in unison scream “MOMMYYYYYY. Something’s wrong with FiOS.” Little Miss claims a possession, and warns us to stay away. The Boy runs to the box, petting it tells it “it’s okay, Mom will fix you. It’ll be all better.”

I burst out laughing. My little sunflowers look at me, look at the remote, look at the box, at the TV, and then back at me. Little Miss asks slowly “mother, what are you doing to the television?” I had to fess up, and let them know I’ve been messing with them through my phone. Then I show them how I can sync up my phone using the app, and control the television!

It’s super easy. Once you’re in the app, you just click on the remote control icon in the top right corner, and pick the set-top box you want to use your phone with. It syncs up, and boom, you too can mess with your kids for entertainment purposes! Or to just get back at them for their bickering all dang car ride home!

FiOS Mobile App does other things

When we’re on vacation, I have the FiOS Mobile App on my tablet. I can watch Live TV, On Demand programs, and I can also access my DVR info. It’s kind of how I found out my kids have learned to DVR through the remotes. Check out what they’ve been recording all on their own. Lab Rats. The Blacklist is what the adults DVR! I’m not that bad of a parent, having my kids watch The Blacklist. However, they do watch Grimm, so I guess I’m back on the bad parenting watch list. Oh well! 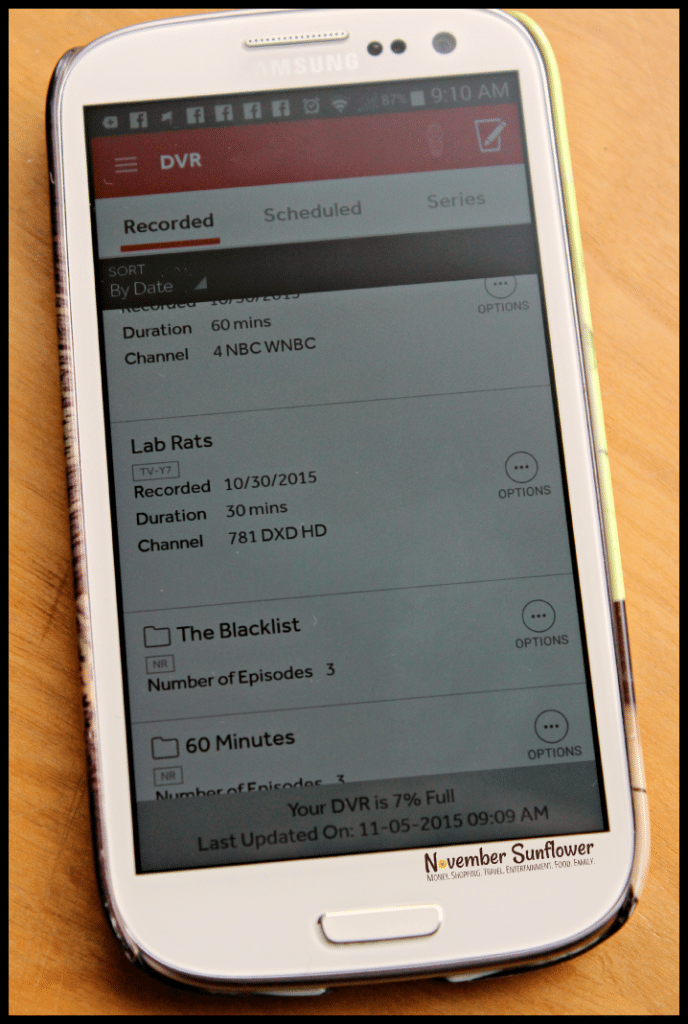