Walking in the footsteps of the legendary Susan B Anthony

Walking in the footsteps of the legendary Susan B. Anthony is one of the most powerful experiences any woman can have. The only thing that could have made my footsteps more powerful? Having my daughter with me, following the same path through history. One day, I’ll bring her to take it all in. It’s a must for all women in this country. 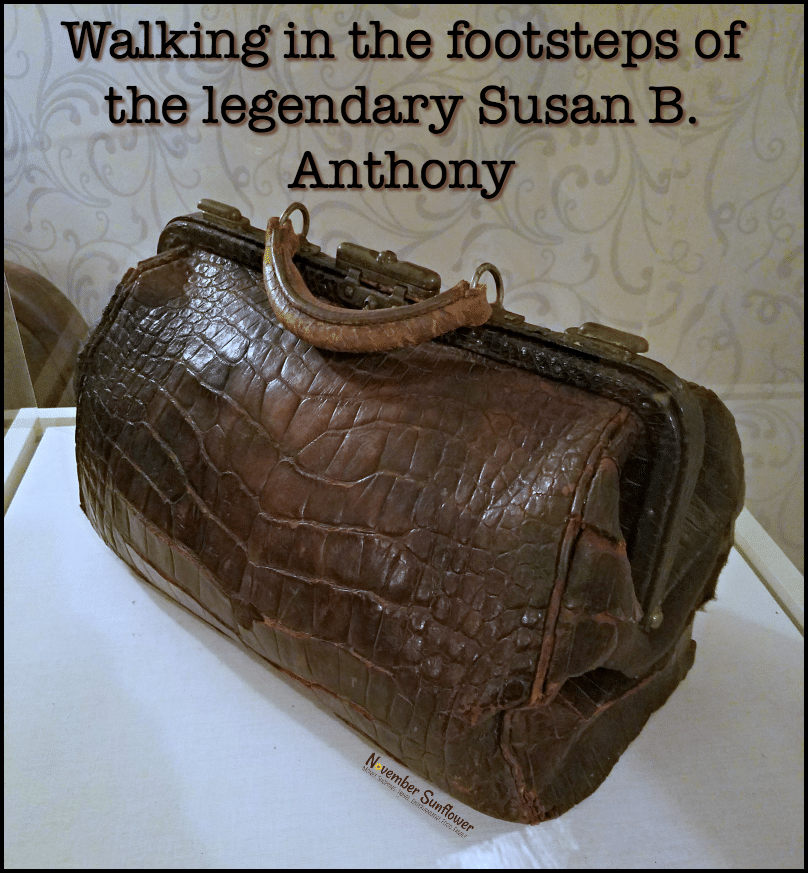 Walking in the footsteps of the legendary Susan B Anthony

Sure there are plenty of historical homes, where legends once lived, that people visit throughout the year. I’ve been to some others, for sure. However, there’s something special about walking through the home of Susan B. Anthony. Perhaps it’s because I’m a woman, and she fought for my rights? She was fueled by her belief women are equals. For me, knowing she lived, and worked tirelessly to win rights for women, from the historic home I walked through – it hit me in a way I didn’t expect it to.

I must admit, once the tour was over, I realized just how little I knew about Susan B. Anthony. Ms. Anthony was a minuscule “lesson” in my history books, growing up. She was one of the leaders of the suffrage movement, supported by a powerful group of women, in the fight to win the right to vote for us ladies. However, she did so much more!

Susan B Anthony did so much, for so many

In school, Ms. Anthony’s role in anti-slavery. She had a close friendship with Frederick Douglass. What school’s don’t tell us about are the hostile mobs, and armed threats she handled with grace, and dignity. Most of us aren’t well-versed in her role in educational reform. She argued for coeducation, because she knew that there were no difference between the minds of men, and women. She was a huge supporter for educational opportunities for all races, and sexes.

Susan B. Anthony raised money to ensure admittance of women to the University of Rochester, and then put up the cash value of her life insurance policy, so the University would have to allow women to start in 1900. She is the true definition of “where there’s a will there’s a way.”

Ms. Anthony had her hands in labor activism, she was a temperance worker (women who drew attention to the effects of drinking alcohol on families,) and of course, campaigned for women’s rights beyond the right to vote.

She never backed down. Once she believed in making a change, or a difference, she went whole hog. She voted in 1872. Well aware of how much trouble it was, and an arrest was inevitable, she voted during a time when it was illegal for her to vote. Sure enough, she was arrested in her home. It changes a woman standing in the parlor, where she was handcuffed as her sister watched. 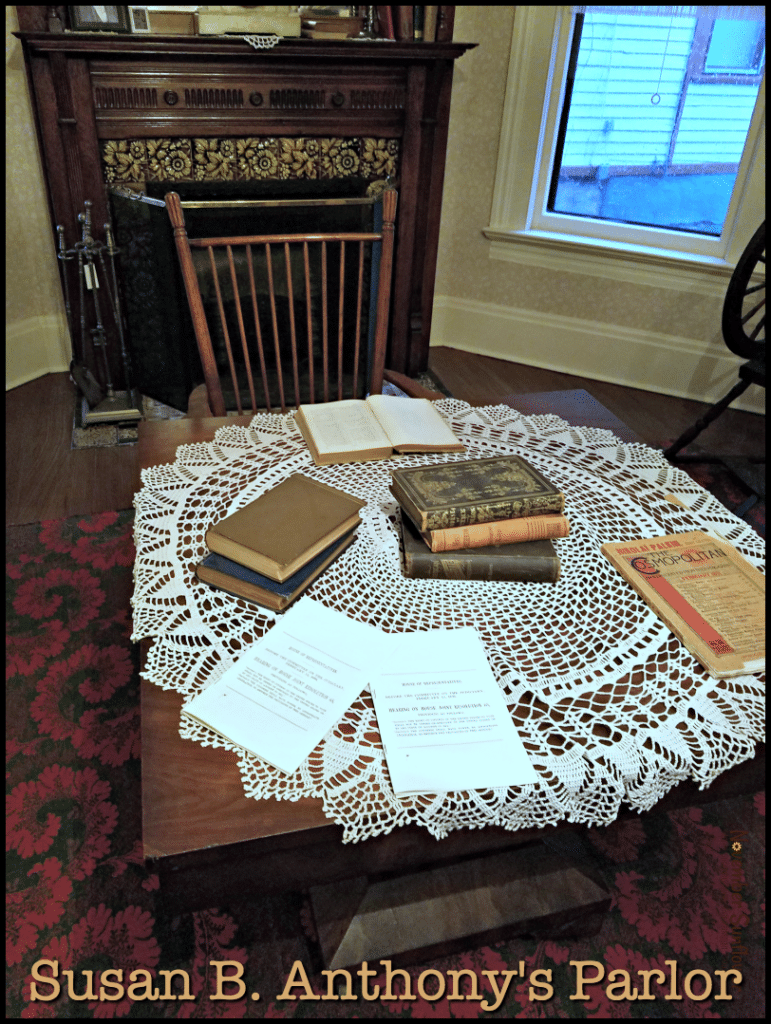 Susan B. Anthony gives her final speech, “Failure is impossible” at her 86th birthday celebration, heads home and passes away in her home on March 13, 1906. It wasn’t until 1920 that the 19th Amendment, the Susan B. Anthony Amendment, gives women the right to vote. 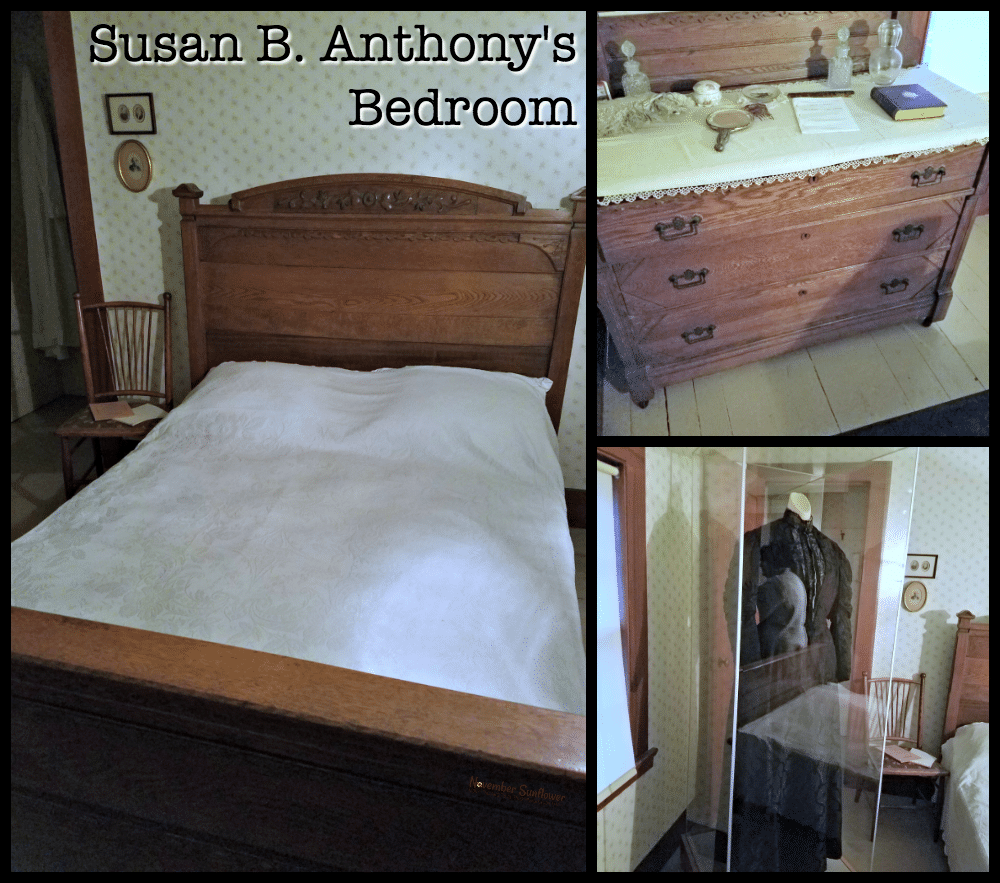 Her entire life was about forward movement, and her home was her main base. Historical figures visited, slept there, ate meals with her in her dining room, and anyone who wishes to walk in her footsteps can visit Susan B. Anthony Museum & House at 17 Madison Street, Rochester, New York. Next time, I’ll be bringing my daughter, and my son, so they can hear from the tour guide, the accomplishments made in one woman’s Rochester home. 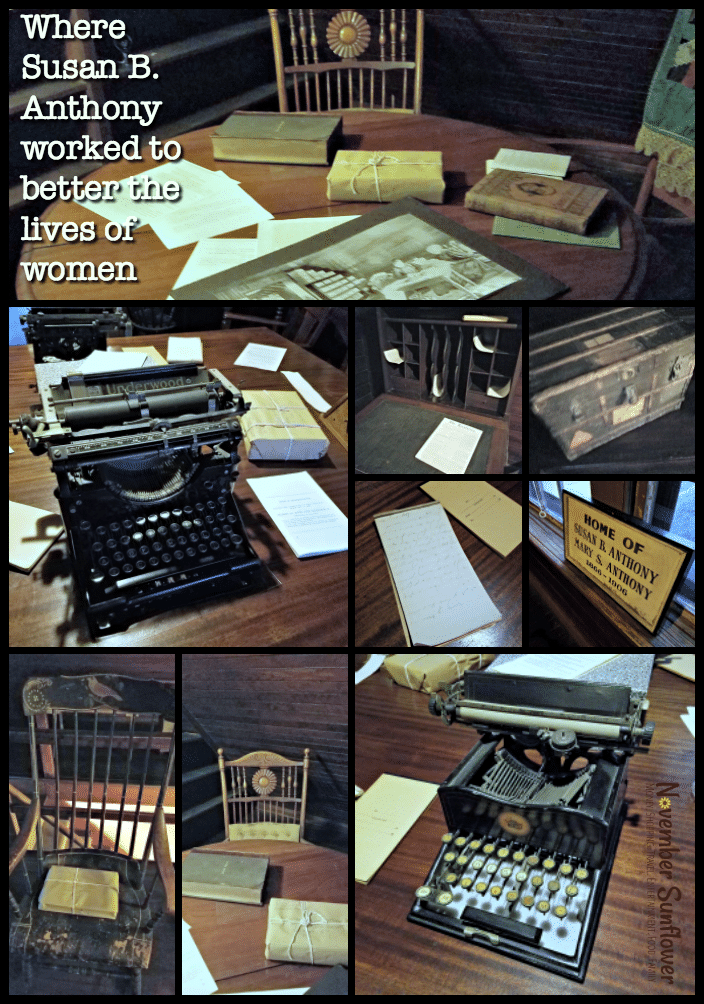 Learn more about places to say, places to eat, and things to do in Rochester: