When does it make sense for someone to stay home with kids? 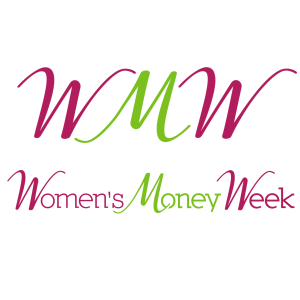 Returning to work after six weeks, was not a huge deal for me. I knew we needed me to return to work, there was no way we could ever survive without me going back to work. I made my peace with it, but kept getting super upset that so many other countries pay their women almost their full salary, for a hell of a lot longer than 6 weeks, after a woman has a child. It’s upsetting that our country doesn’t see the benefit of having a mother home with her child for that first year, and having the financial security of her salary, and the knowledge her job would be their when she returned.

Personally, I didn’t return to the same company. During my leave I was offered a position with another company, and I chose to take that one. It seemed like a good fit for our family. My Little Miss started at a daycare, I went back to work, and it was good for the first year. When I became pregnant with our second child the following February, the company wasn’t as great as I had hoped. Things changed, and even with a higher salary, I just couldn’t wrap my mind around being at this company. They appreciated nothing, and treated me so poorly. I had things thrown at me by the main owner, while I was pregnant. WHO DOES THAT?!!!!

November came, I had The Boy, and I just dreaded going back there. I had given them my return date, based on my Family Medical Leave Act, and when my immediate boss called me to tell me I had to return a month and a half before I was suppose to, I lost my mind. They had started my leave when the doctor pulled me out for bed rest. Never telling me they had done so, and leaving me without any knowledge of this situation. Getting a phone call right before Christmas to tell me I had to come back to work ASAP, was disturbing.

It’s then that we asked ourselves “does it make sense for someone to stay home with the kids?”

We figured out just how much money we’d be spending on daycare with two kids going. It also cost more having an infant go to daycare, and the small “sibling” break they give you isn’t much…….rather sad, if you really want to know! When we finally sat down to do the numbers, we just couldn’t understand why we even thought it would make sense to have me return to work, and put the kids into daycare. We made the choice to bring me home full-time, and try to do something part-time, to help with our income.

I told the company I wouldn’t be returning, and then called our local government to report what they had done to me with the Family Medical Act. Let’s just say, things worked out for us in the end with that company. Slaps on the wrist went around BIG TIME. However, that’s a whole different story I can tell on my other blog one day! Once I told the company I wouldn’t be returning, it was then up to me to figure out how to make the new family situation work for us FINANCIALLY.

Here’s how it made perfect sense………

Every family has to make the choice as to when it makes sense for someone to stay home with the kids. It’s a huge risk, but for us, it was such a huge gain. Especially now since I have mastered the fine art of Strategic Shopping……and share these skills with everyone!