Who was Saint Patrick and why’s there a St. Patrick’s Day

St. Patrick’s Day has become a holiday filled with drinking, boisterous celebrations and, of course, parades. However, it was established in 1631 to honor an actual Irish Patron Saint. Back then it was referred to as a Feast Day, according to Time.com. But the question is, who was Saint Patrick? Why honor him with a Feast Day? Let’s explore and get some answers! 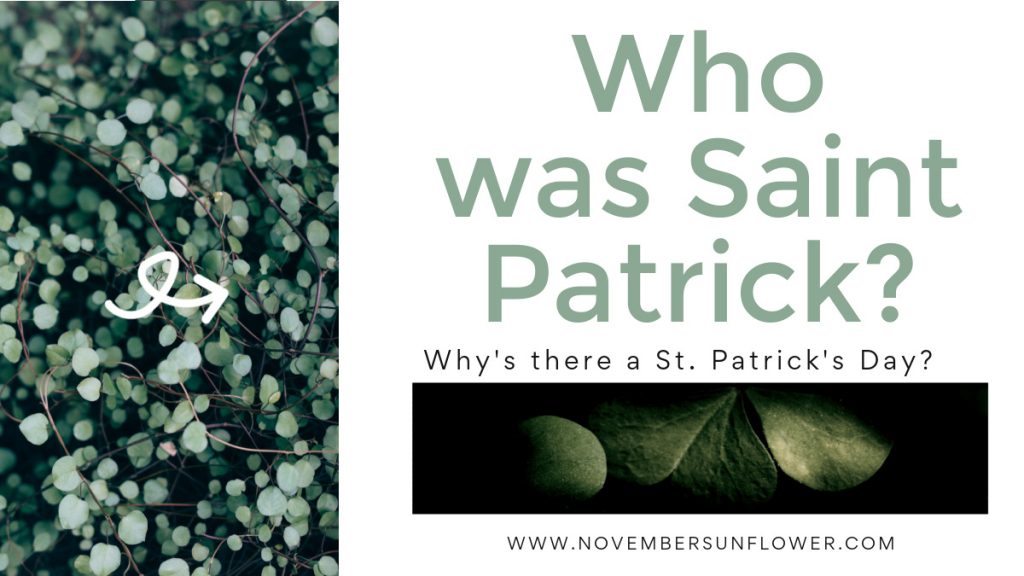 Who was Saint Patrick and why’s there a St. Patrick’s Day

The basics: he was a Roman citizen, and it is thought his real name was Maewyn Succat.

Who was Saint Patrick

Personally, I’d probably change my name if my parents saddled me with a name that looks like it would be pronounced “suck at”. However, he apparently changed it to Patricius (Patrick) after becoming a Priest. Which makes total sense, since it kinda means “father figure” in Latin.

It was deduced he was Roman, because back when this dude was living and breathing, Britain was Roman. However, he ended up being enslaved and taken over to Ireland. It’s not known if he was released, or escaped, but since he actually RETURNED to Ireland after becoming a priest, I’m going to say he probably didn’t have ill-will towards the Irish.

I mean, he went and converted much of the people into Christians, and they made him a Patron Saint. So, alls well that ends well? Which leads us to WHY there’s a St. Patricks’ Day.

Why’s there a St. Patrick’s Day

So, even after being kidnapped when he was 16 and taken to Ireland as a slave, he was all “peace and love”.  After escaping, or being released, there’s truly no proof of what happened, he became a priest. Then he returned to Ireland established monasteries, churches and schools until his death on March 17, 461. Twelve centuries later, the patron saint of Ireland was honored with a Feast Day. Guess which day? Yep. The anniversary of his death: March 17th.

Over in Ireland, throughout the years, St. Patrick’s Day wasn’t celebrated in the ways it’s celebrated in the United States. When the Irish came over to the U.S.A. the celebrations became less about a Christian feast day, and more of just all-out celebrating Ireland and being Irish. The biggest celebrations happened in the cities where the Irish had the most political power. Boston started a parade in 1737, then New York City started a parade in 1762. You get the picture…..

Reason behind the whole Corned Beef and Cabbage eats? More often than not, Irish Americans weren’t able to buy high quality groceries. So on “their holiday” they went all out and bought the best they could afford: beef and cabbage. Or so says gpb.org. Guess it just stuck as a tradition.

Gotta love history! Enjoy your St. Patrick’s Day. Make sure to wear green, so no Leprechauns pinch you! (Yep, it was believed anyone wearing green couldn’t be seen, which meant no pinches.)