My Cousin Justyn and Melanoma Awareness 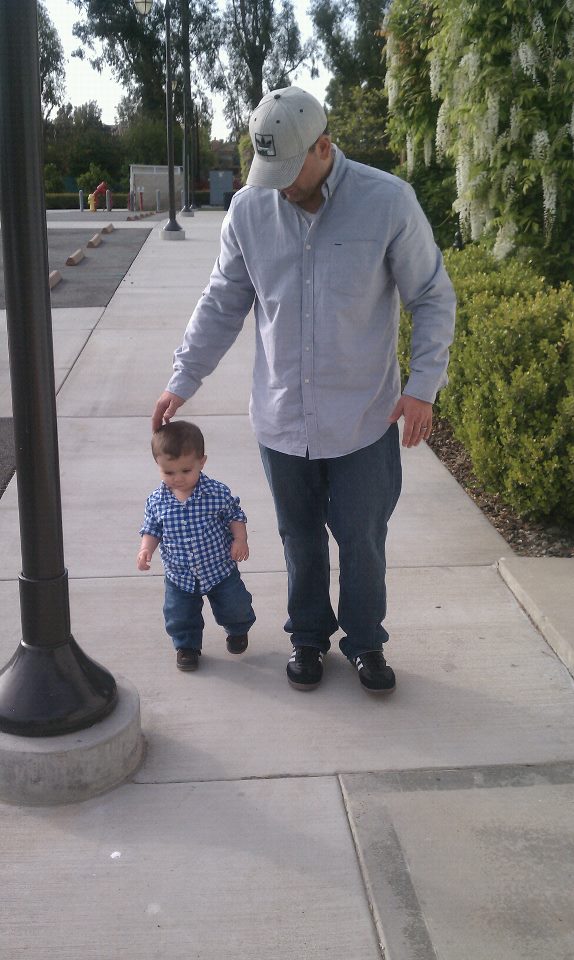 Melanoma Awareness. It’s not something one thinks about. I didn’t know much about it until melanoma hit our family in a big way.

What is Melanoma? It’s the most serious form of skin cancer, however with early diagnosis and treatment, the chances of recovery are good. It’s SERIOUS and can be life-threatening. This is my cousin’s second fight with cancer, and it has spread. His treatment has changed and it’s more intense. With the intensity, the cost for these treatments are EXPENSIVE.

My sister, and I, grew up with Justyn, and his brother, Kyle. We were more like siblings when we were children. Physical distance, it DOES NOT change the bond we established all those years ago, as children. Having him so far away, in California, is difficult, especially now. He’s fighting Cancer, and it started back in 2010. It’s frustrating not to be out there for him, so I’m doing what I can for him through my network of friends all over the internet.

On February 13, 2010, his eldest daughter, Tuscany was born “still” on February 13, 2010, just a couple of days before his 30th birthday. Losing Tuscany CRUSHED, both him, and his wife. Thankfully, as they struggled back from their loss, they found an amazing support system in the still birth community.

Feeling stronger, and starting to heal from losing his daughter, he then got the news that no one wants to hear: cancer. His diagnosis: Melanoma.

Mold was discovered in their home during his treatments.

This wasn’t just any kind of mold. It was “HOUSE NO LONGER HABITABLE, you must move out of your home NOW”, kind of mold.

My cousin, in just a few short months:

However, being a former Marine, he powered through.

The good news: he beat the Cancer, and was blessed with an amazing miracle in the form of a son, in March of 2011.

The good was short-lived

After celebrating his son’s first birthday: his Cancer returned, and spread. Learning this was a big blow to our entire family. The Cancer spread to the lymph nodes on his lung. It’s inoperable, and Justyn’s in the fight of his life. However, instead of getting down about it and saying “WHY ME?” Justyn asks, “What’s next?”

Doctors are hoping that a new, cutting-edge medicine will attack these Cancer cells, and give Justyn his life back. There’s a major stumbling block: treatments cost $2,000 OUT-OF-POCKET, per MONTH.

Justyn beat Cancer once, and he WILL beat it again. Please keep Justyn, Buckley and Gianni in your thoughts. My cousin is a HERO. He served this amazing country as a Marine. I could not be more proud to call him my cousin. I cannot be more honored to be able to reach so many of you guys out there, in the world, through my blog, networks, and friends, with my request for support for my cousin.

PLEASE, get to the dermatologist if you have anything suspicious looking on your skin. And be aware, it can show up in your eyes, too. Visit and learn more about the most serious of skin cancers.