Disney vacations are all new to me. I wasn’t familiar with much of anything before we ventured out to the Disney Social Media Moms Celebration. Everything was brand new from the MyDisneyExperience website, and app for my Smartphone, to Magic Kingdom, to Animal Kingdom, to Hollywood Studios, and Epcot. It was a whole new world, with Mr. Sunflower as Aladdin and me as Jasmine. The Boy would definitely be Abu, the monkey, and I guess Little Miss could pass for Rajah. She’s definitely strong like a tiger! With all of this new world stuff, you can only imagine how blown away our family was by FastPass and the whole Park Hopper Pass concept. 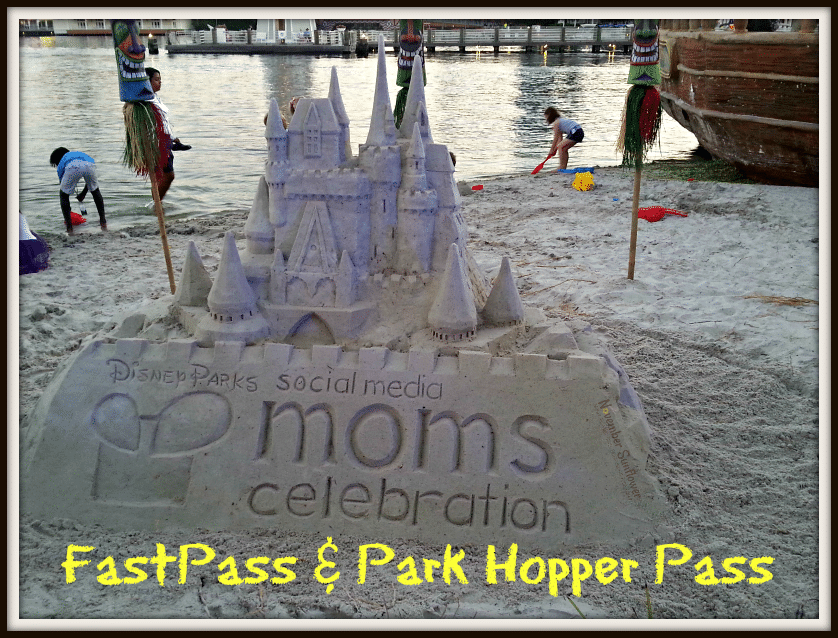 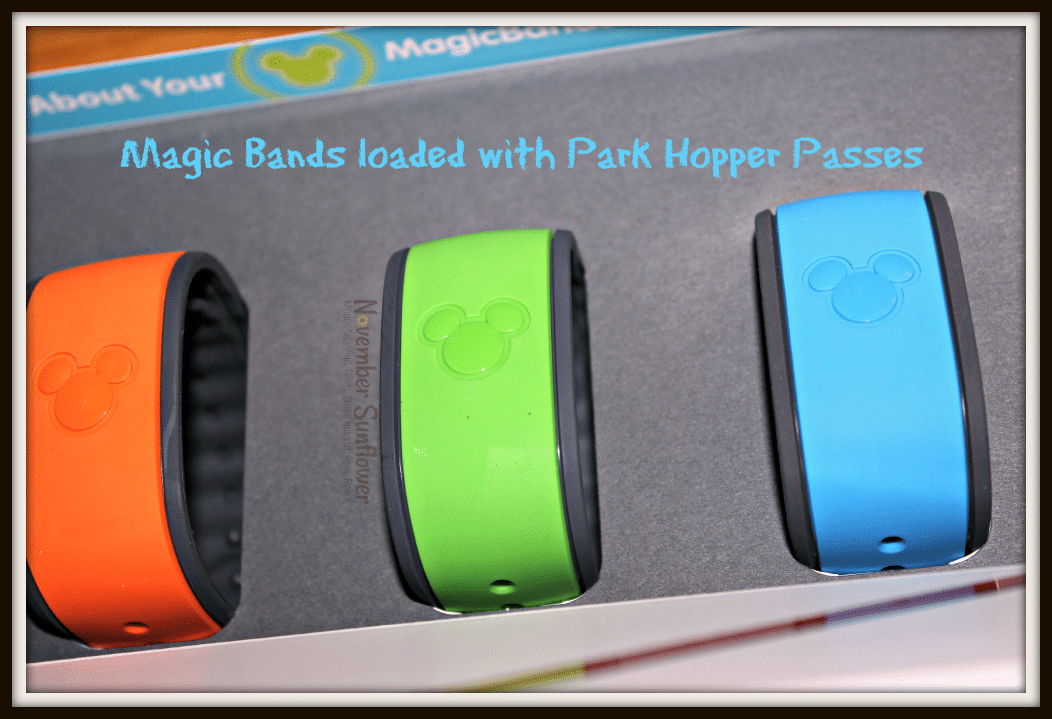 Perhaps my most favorite aspect of these new Disney Magic Bands is how easy it is to plan a Disney trip, and have everything on that little chip in the bracelet.

It’s all right there on your wrist, or if you prefer, you can get the little card to keep in your wallet. When you’ve got Park Hopper Pass tickets, you can hit every park, every day. You’ve got dinner reservations at Hollywood Studios Hollywood & Vine, but you want to check out the magic hours at Magic Kingdom, thanks to your stay at whatever resort on Disney property, go ahead. Park Hopper Pass takes care of it. You can hit all four parks every day if you wish to, or hit two, or hit just one, or perhaps three.

The magic of the Park Hopper Pass is flexibility. During the first half of our family vacation, we stayed at the beautiful Disney Yacht Club, which is within walking distance of Epcot. Talk about perfection! Hey, let’s just head over to Epcot to check out the treats, then walk back to work off those treats. It’s okay if we went to Hollywood Studios earlier in the day, because hey, we’ve got the Park Hopper Pass on our Magic Bands!

What happens when you have regular park tickets? You get to visit just one park each day. Sure, you can leave and then go back to the same park, but you can’t visit any other park on the same exact day. If you’re on a budget, it saves you money, but if you want to get the most out of your Disney Vacation, the Park Hopper Pass is essential. At least this newbie thinks so!

The magic is just that much more magical when you can enjoy different parks on the same day. Lines are nuts at certain times of the day at different parks, and having that wiggle room to work your way around the different parks at different times of the day, based on what MyDisneyExperience App shows on the line wait times, is diiiiiiivine. Plus, I love to eat at Epcot for dinner. They have the best food of all the parks, and it’s easier to walk in and get a seat at Epcot restaurants. Our first time as a family at Disney, and we figured that out super fast: do dinner at Epcot! If you’re staying at either Disney’s Yacht Club or Beach Club Resorts, you have to take full advantage of Epcot and all it has to offer you, your family, and your stomach!

When I visited Disneyland back in February of 2014, I learned about FastPass. At Disneyland I did FastPass selections at Disneyland AND California Adventure. We couldn’t book them ahead of time, like Disney World. Basically, I walked up, picked up a little sheet of paper at the kiosk, and came back accordingly. Simple. However, Disneyland is changing things, matching Disney World’s process.

FastPass with Disney World is very different. You’ve got to book your FastPass selections through MyDisneyExperience. Do it through the website, or through the App. Guests schedule three per day. Finish your first three, then sign up for more. However, just one at a time. FastPass times go fast!

Planning is ESSENTIAL. It’s a little complicated at times, because figuring out which park you plan on being at on the Wednesday of your trip, is a little overwhelming. Disney Social Media Moms Celebration has a set schedule, but after it ended, we stayed a few extra days. It was up to me to figure out which parks we were going to, what rides were the most important for us to get on, and figure out times to hit those rides.

Making it awesome for the kids? STRESS CITY. Drinking Dole Whip Floats laced with rum: mandatory. No joke. I had hot flashes, and the sweats. Crazy. However, once the panic subsided, and I buckled down to focus, I booked our top three rides at Animal Kingdom for one day. I then tackled some for Hollywood Studios, because I had to see Indian Jones with the kids. I had seen it years ago when I was a kid, and it was one of the only things that stayed the same after the park changed from MGM to Hollywood Studios!

While at Animal Kingdom, we realized The Boy might not make the height requirement to one coaster ride, so we changed our FastPass on the fly with the MyDisneyExperience App on my Smartphone. Excellent. 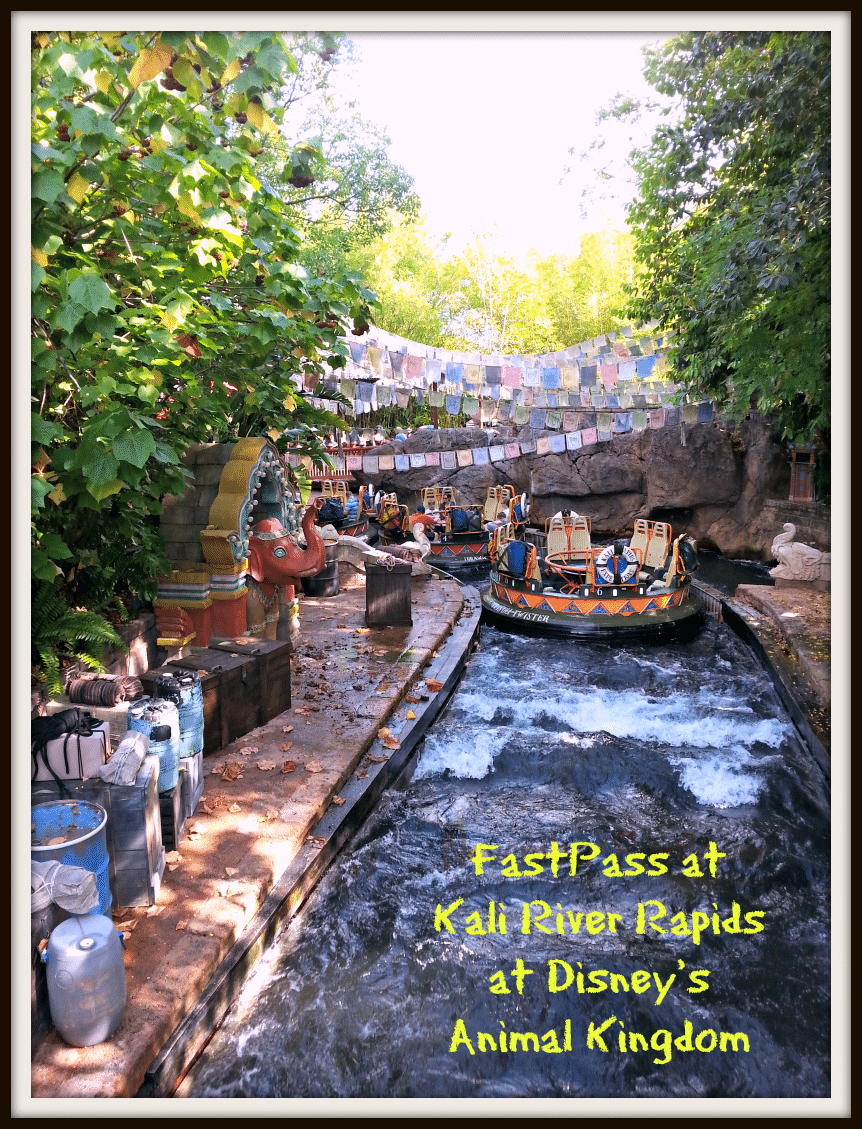 So what’s my top tips for FastPass and Park Hopper Pass tickets?