Gluten free desserts for Thanksgiving gatherings isn’t something I ever thought I’d be writing about. Gluten has never been an issue for me, until recently. It seems I have a bit of an issue with gluten. I’m not suffering from Celiac, however, my body seems to have some kind of sensitivity to it. GLORIOUS. Thanksgiving is the first holiday I’ll be dealing with avoiding all things gluten. Shoot me now. 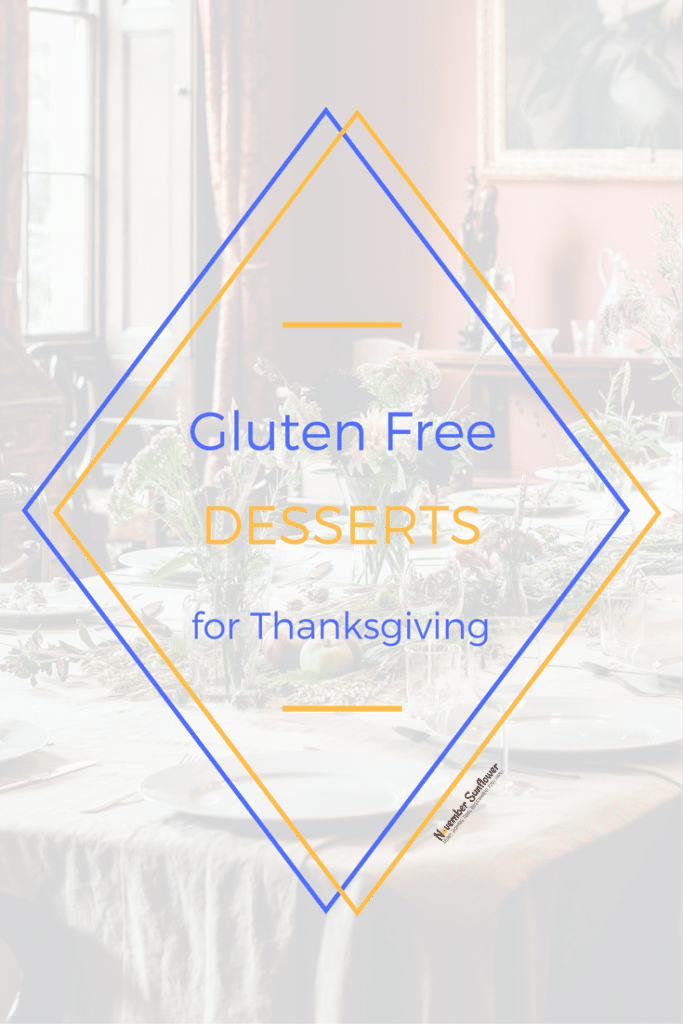 My all time favorite Thanksgiving dessert? Pumpkin Pie with tons of whipped cream. I know, boring AF, but it’s what I love. Now? Now I can’t eat the crust. What’s the point? Pumpkin pie is all about the crust, and the whipped cream. So depressing. However, I won’t let it get me down. I’m lucky to know what has been causing me issues, right? Now it’s time to broaden my horizons, and explore alternatives desserts!

Gluten-Free Graham Cracker Crusted Ricotta Cake, sure, it’s got a crust. It won’t be the same as having pumpkin pie, but it’s got Ricotta in it, so it can’t be all bad, am I right? What I love is on Grokker, there’s a video! Everybody’s so into video now, so why not use one to prepare your very first gluten free dessert!

I’ve learned there are a ton of flours out there. My entire life, I grew up with white all-purpose flour. It was used in everything we baked, or even cooked. Well, now, my world has blown up! The world of flour has expanded, and now, brownies can be made with things like almond flour. Who knew? Apparently everyone with Celiac, and gluten issues. Almond Flour Brownies will have to do from now on. Anyone tried these babies before?

When in doubt, find a fabulous chocolate cake recipe that requires absolutely no flour at all. How bad can Flourless Chocolate Cake be? It’s chocolate, you know what I mean?

Chocolate Meringue Cookies can’t be all bad. They are chocolate, and require no flour. Meringue is super easy to do, and are very light. Of course, it means I’ll eat three times more of these things, than a regular chocolate cookie. I’ll take my chances!

Lemon Souffle could be my new favorite Thanksgiving dessert. I’m a huge fan of anything lemon, and I can still put whipped cream all over this bad boy. It’ll work, I’m sure.

Did someone say caramel? Caramel-Glazed Flan just sounds like the perfect way to end a huge Thanksgiving feast. It’s caramel, people. It’s just a glaze, so it’s probably healthier than me eating a ton of caramels. Right?

Anyone out there who can’t handle Gluten? Just finding out about it? What will you be making this Thanksgiving that’s gluten free? Share in the comments below.