Hell has frozen over. Mama Sunflower is cooking up a storm. Pinterest inspired me to give a few recipes a try, just to see if I could pull it off. It’s pretty cool, because I’ve had a Pinterest victory with a recipe. Skinny Spaghetti Squash Alfredo was amazingly easy for me to make. I was shocked, because when I clicked on the image in Pinterest and it brought me to the fantastic blog, The Comfort of Cooking, I thought “SH#T. She’s like a really great cook, with amazing recipes….what am I getting myself into with this?!!!” Seriously, I started to immediately regret my decision. Sweat appeared in all of my crevices.

First of all, I had to cut this huge Spaghetti Squash in half….. 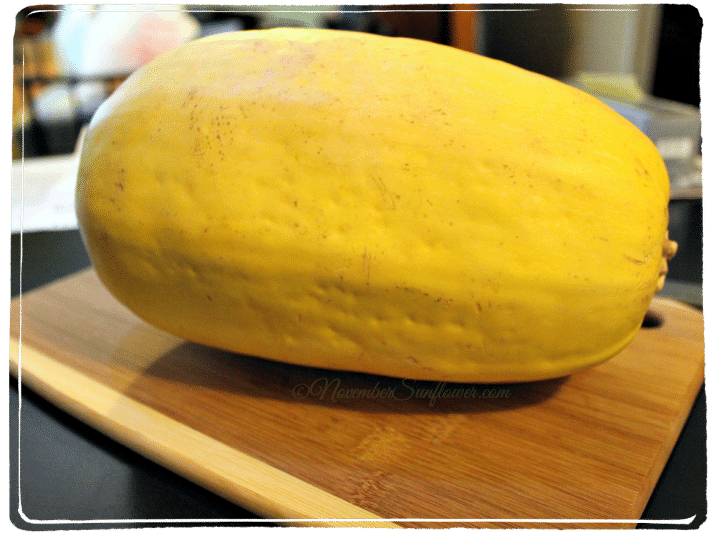 It took me FOREVER to cut through it. The damn thing was solid as a rock, and ten times harder to cut than a pumpkin. What the hell? I finally got it in half, and into a pan with water on the bottom so I could cook it for an hour at 350 degrees. YAY me. I almost lost my finger in the process, but luckily I didn’t. Shockingly, I didn’t bleed at all. I was victorious already, the rest was just “Alfredo sauce on the squash.” 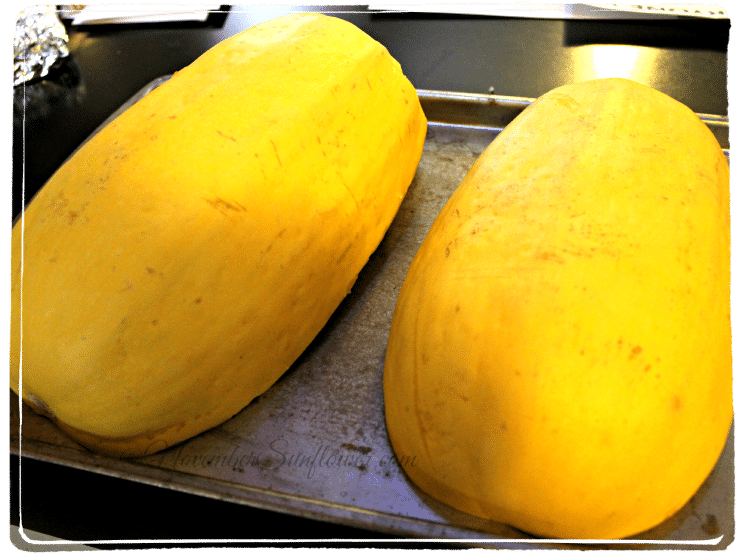 The recipe for Skinny Spaghetti Squash Alfredo can be found on The Comfort of Cooking website. It’s super simple to follow, and if I can make it and succeed, anyone can. Trust me. I NAILED IT. I also have PROOF I did the cooking, because I’ve got photos! Of course I do, new camera fun and me cooking….it’s a good thing I didn’t burn the garlic while I was so busy snapping photos. 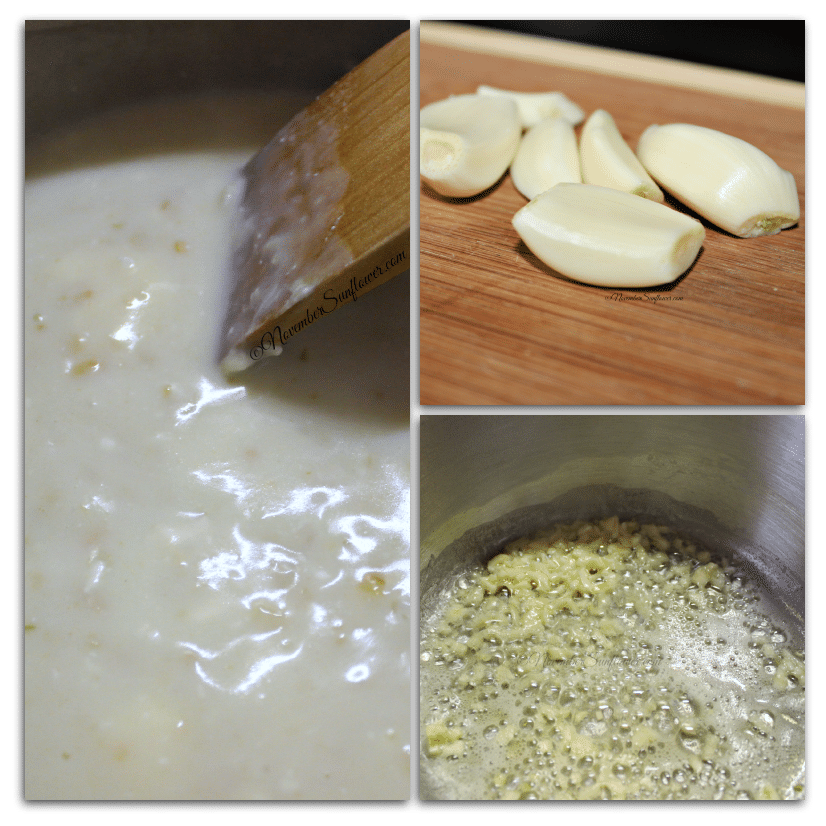 Let’s just say, it was delicious and I made it again! Just as good the second time around. I may not be a chef, but this cooking thing is starting to get a little easier each time I take a crack at it. So much so, I’m going to do a few more recipes off of Pinterest. Keep an eye out to see if I’m victorious, or if I have total Pinterest failures. I just might surprise you!

BAM! Look it that. 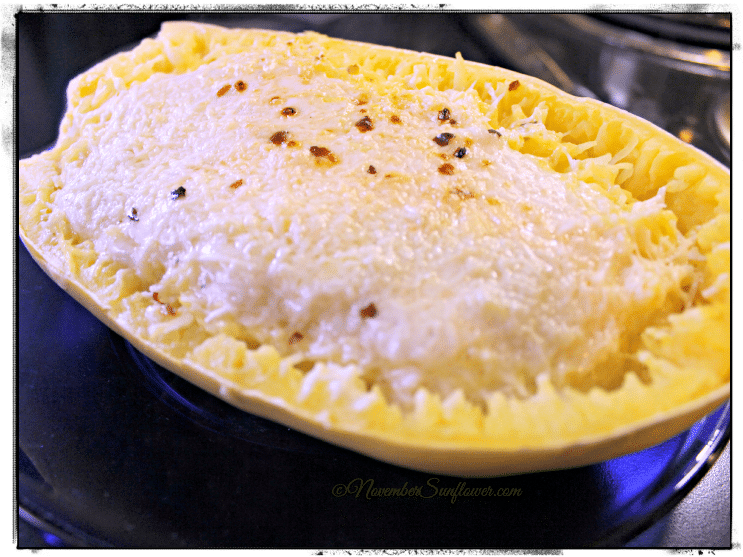