Over the 4th of July weekend my family visited Connecticut. I was contacted many months ago by Family Mystic Fun and asked if I’d like to take a trip, stay overnight and experience a couple of their parks and local activities FOR FREE. Obviously the answer was ABSOLUTELY. Included in my trip was a ferry ride, hotel stay and two “activities” – I was given four options, we chose The Dinosaur Place and Ocean Beach Park. I’ll be giving my reviews of each aspect of this trip over a series of blog posts. First up, the Cross Sound Ferry experience….. 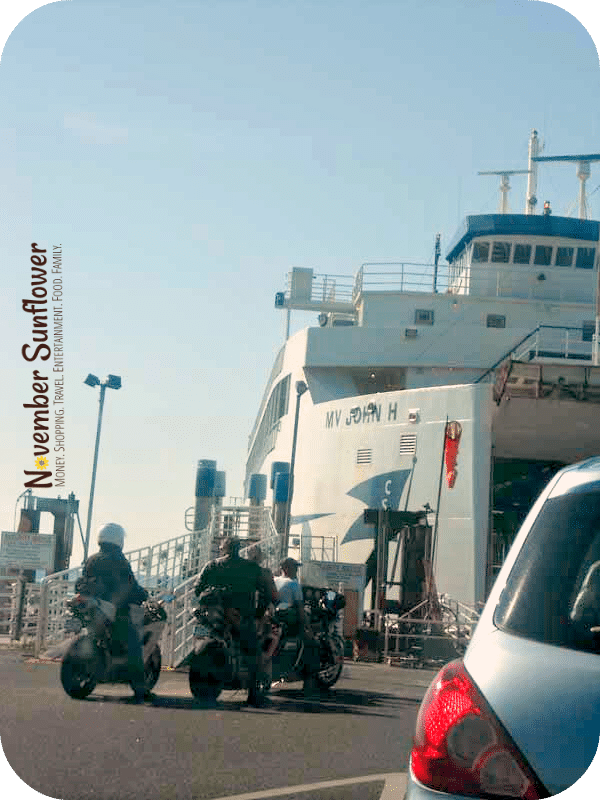 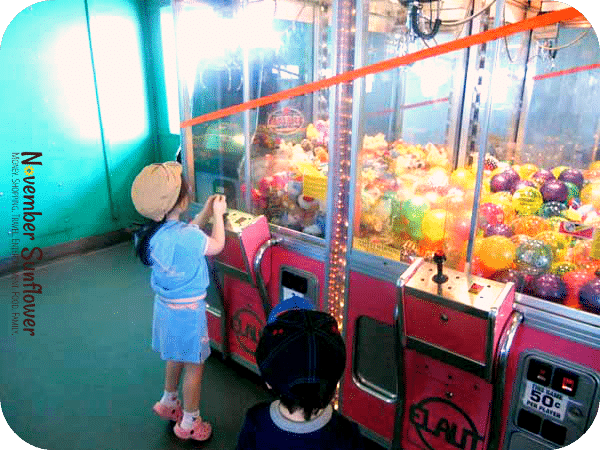 Nine in the morning reservations for the Cross Sound Ferry probably doesn’t seem early to you all out there. However, for us, it’s early. After calling the ferry to find out what time we needed to get there, it made me cringe: at least 15 minutes before boarding, or they cancel the reservation and you’re placed on Stand-by.

Standby wasn’t happening for us, that’s for sure. Being the devious woman I am, I told Mr. Sunflower the ferry requires people to arrive a half an hour prior to boarding time. With him, he needs to have a sense of urgency.

Knowing me as well as he does after many years together, he gave me the “tell me what time we actually have to be there” look and I caved and told him the truth, at least 15 minutes before. It didn’t matter, we still had to get up early. It takes time to get the kids up, as well as fed. Let’s not forget I need to help get them dressed before heading out the door catch the 9AM ferry out of Orient Point.

Getting to the ferry on time

So why choose such an early boarding time? I wanted to get to Connecticut early enough to enjoy the day at Ocean Beach Park! We’d never been to Orient Point before, so we had no clue how long it would take to get there. We were up at 6AM, out the door by 6:30AM.

Much to our surprise, we reached the ferry by 7:30AM. Even bigger surprise: we were placed on Stand-by for the 8AM. One issue: I had to go into the office to have the tickets changed to reflect two kids and two adults, instead of FOUR adults. None of us on Stand-by got on, because the 8AM ferry was PACKED. It worked out, though. We ended up exploring the beach, and watch the boats on the water. Plus, pee breaks for everyone! 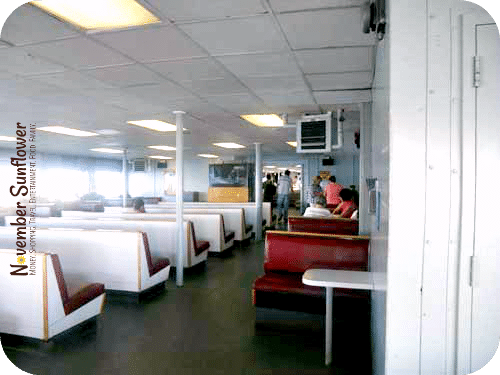 The guys working the ferry at Orient Point are amazing. From the moment you pull in, it’s game on. They have little scanners, and are properly trained to efficiently get ferries loaded up and on their way. The girls in the office know what they’re doing and they do it FAST, efficiently and get you out the door like nobody’s business. Orient Point – Cross Sound Ferry – you know your stuff, thank you! It was a pleasure driving and parking the car in the John H. vessel, a little tight, but we all managed.

The ferry is clean, the staff is friendly and the bathrooms are well maintained for a ferry. There’s “arcade” room with games for the kids, so if you go, bring change. Unfortunately, we didn’t know, so we didn’t have any change. There’s a place to buy a variety of foods. If you’re lucky enough, you can score one of the tables to sit at in the front. Otherwise, there’s regular seating in the back, where you can watch TV.

Everything is air conditioned, unless you want to hang outside. There’s plenty of seating areas outdoors. Learn to love stairs, you’ll be climbing a lot. Since they’re on the water, they can be slick. They have an elevator for those that need it.

Pets are also welcome. There were a ton of them on the rides going and coming back.

Exiting the ferry once in Connecticut

Leaving the John H. at New London went fast. I figured we’d be stuck there for a while unloading, but these guys are amazing. It’s an exact science. We were out and on our way to Ocean Beach in no time!

Our return trip home went even more smoothly. We had a 7PM reservation on Sunday for our trip home. After finishing up early on Sunday at The Dinosaur Place, and Mystic Aquarium, we decided to try to get an earlier ferry. We headed to the New London ferry and as the kid scanned us, he asked if we wanted to get the 5 O’Clock. We excitedly said YES. My thing didn’t scan properly, I darted into the office, Mr. Sunflower pulled up to wait to board.

Whatever the ticket issue was, the girl in the office fixed it in two seconds and boom, we were loaded up in the ferry in minutes! Again, we were on the John H. headed home to Orient Point, Long Island.

Both trips were smooth rides, and the kids LOVED every minute of it. My son refers to the ferry as “the dark place.” Sounds terrible, but it’s because when you’re in the car in the bottom of the ferry, it’s a bit dark. Years from now, when he’s in therapy (because with me as a Mom, he’ll be in therapy I’m sure) he’ll refer to “the dark place” and the therapist will be quite shocked to find out it’s the bottom of the John H. Ferry from when he was two and a half years old!

John H. was built in 1989 by Eastern Marine Shipyard in Panama City, Florida. It’s the largest ferry in operation to be classed under the US Coast Guard’s Subchapter T regulations. The ferry features a dual level auto deck, children’s entertainment area, lounge, snack bar, public phones and a movie theater cabin. It’s the most comfortable vessel, along with the Cape Henlopen, in the fleet. It’s recently been fitted with a new elevator for passengers with a disability or needing assistance.

Disclosure: This Family Fun Mystic outing was provided to November Sunflower in order to facilitate this review. No monetary compensation was given, and all opinions are my own!