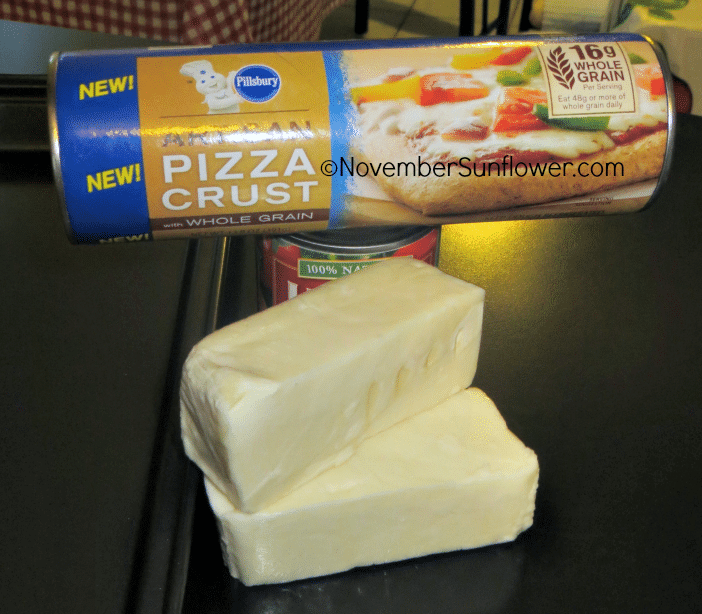 At this point in the game, everyone knows I’m not a huge fan of cooking. I’d imagine some might say I’m not meant to be in a kitchen. I would not only agree, I’d probably have a parade to make sure people all around the world knew of this! Unless I can throw everything in a crockpot and walk away, it isn’t for me. No patience for prepping, cooking, and paying attention to what’s on the stove. YIKES.

However, the kids love cooking, so cooking does happen in the kitchen, every now and then. Our family’s been slowly removing a lot of the white flour based items in our house. We’re replacing them with multi grain products. Not whole wheat, but rather, MULTI GRAIN. The more grains the better! It’s super hard when everyone loves pizza, and not many are willing to give up the crust we love so much from our local pizza place!

Luckily, Pillsbury came out with Artisan Pizza Crust with Whole Grain. You can find in your local supermarket in the refrigerated section. It comes in the famous containers we love so much. Who doesn’t love that pop when you open Pillsbury, right? From what I’ve been told, multi grain is a healthier choice for people. Pillsbury Artisan Pizza Crust with Whole Grain has 16 grams of whole grains per serving, so it’s a nice little bonus in the daily grains department for the kids.

The kids got their aprons on. 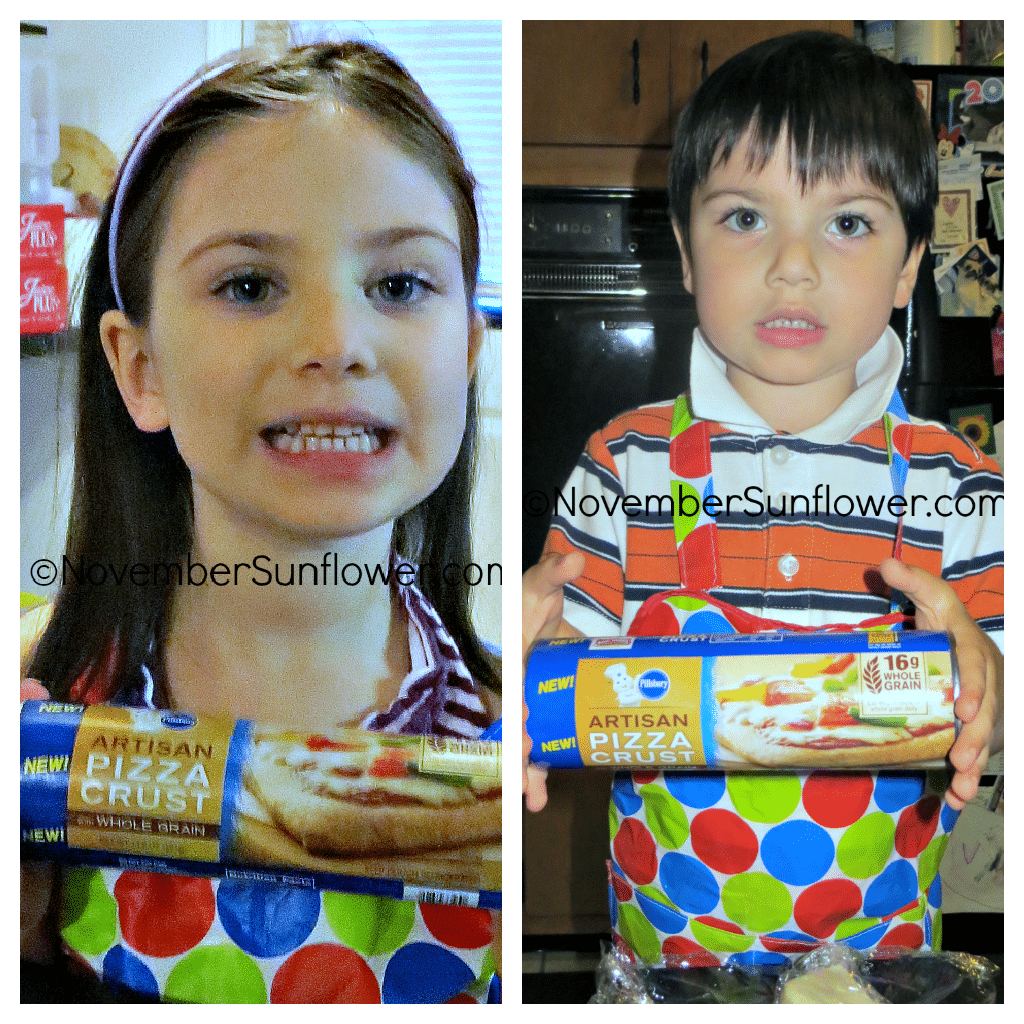 Their dad popped open the container. 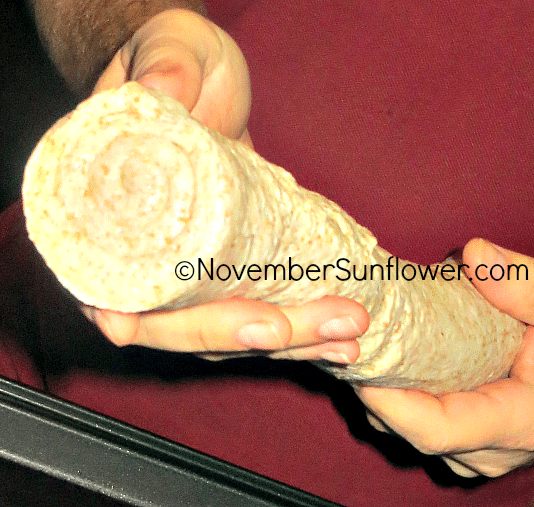 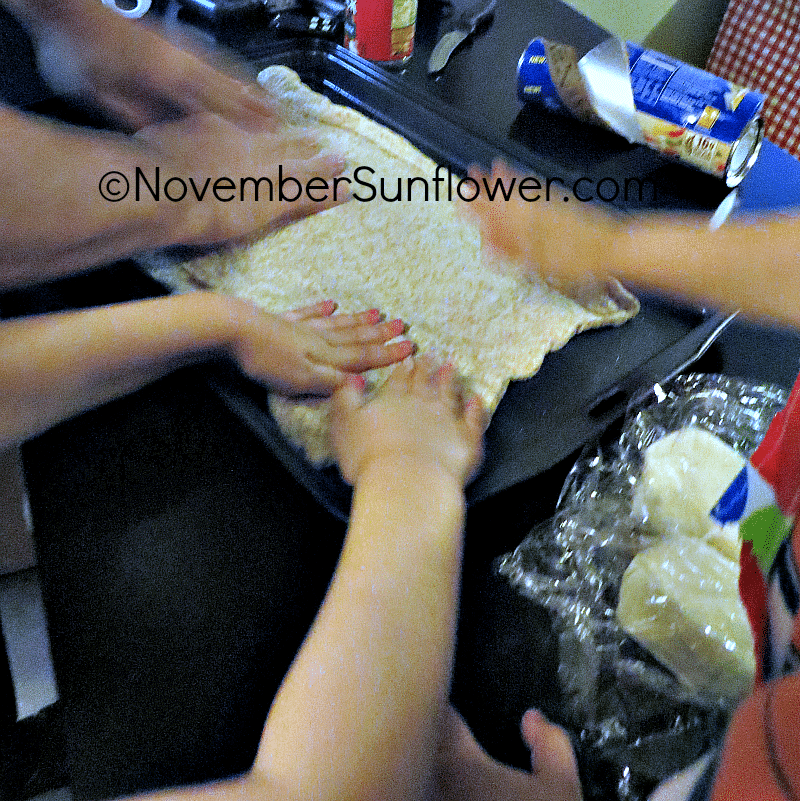 We put it in the baking sheet we were sent. It looked so pretty, and ready for it’s pre-baking before the toppings went on. Truly. 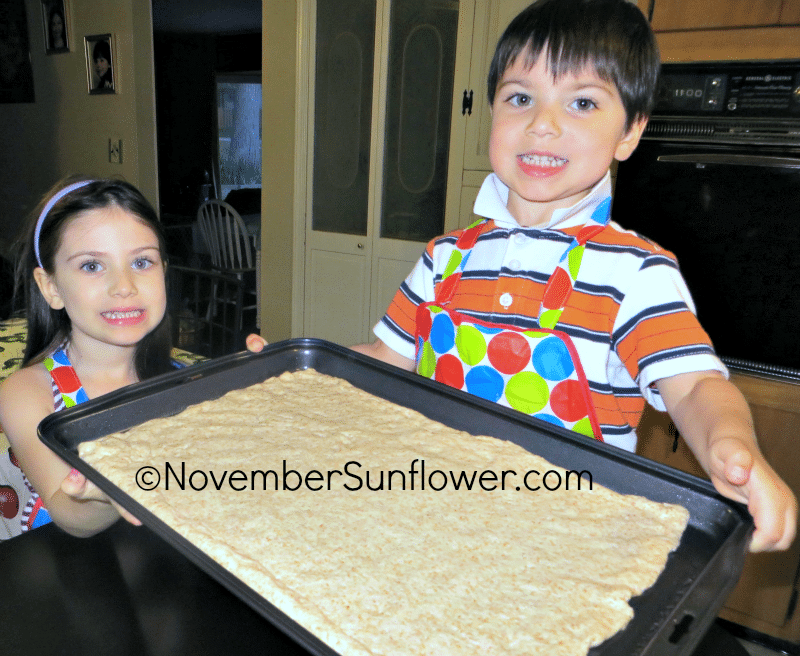 However, since our oven is from the 1960s (when the house was built) it didn’t fit in our oven.

No worries. We transferred it to another baking sheet! It baked nicely, the toppings added (just cheese and sauce for everyone) and VOILA. 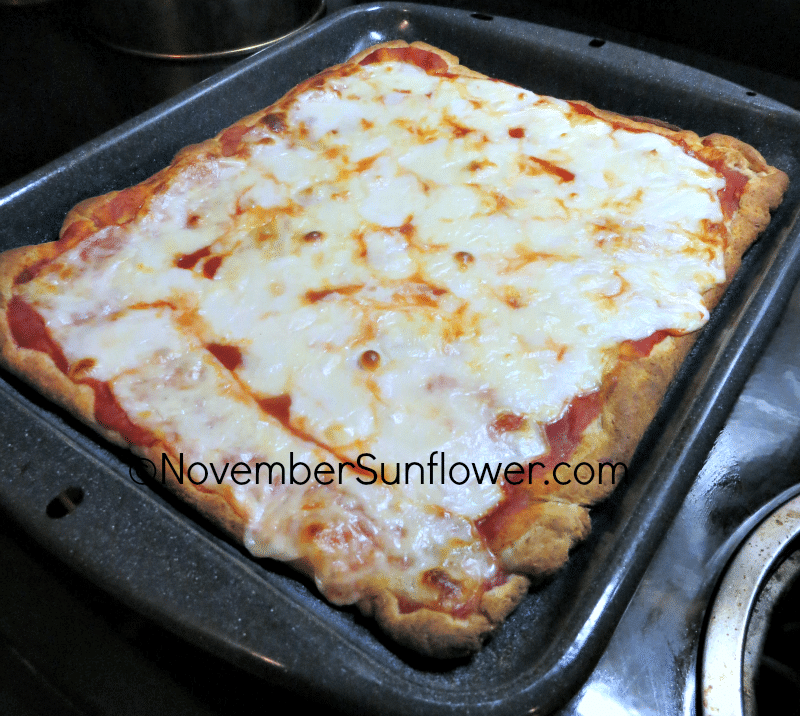 Oven mitt in hand, and the pizza cutter ready go, The Boy is anxious to dig into the pizza. 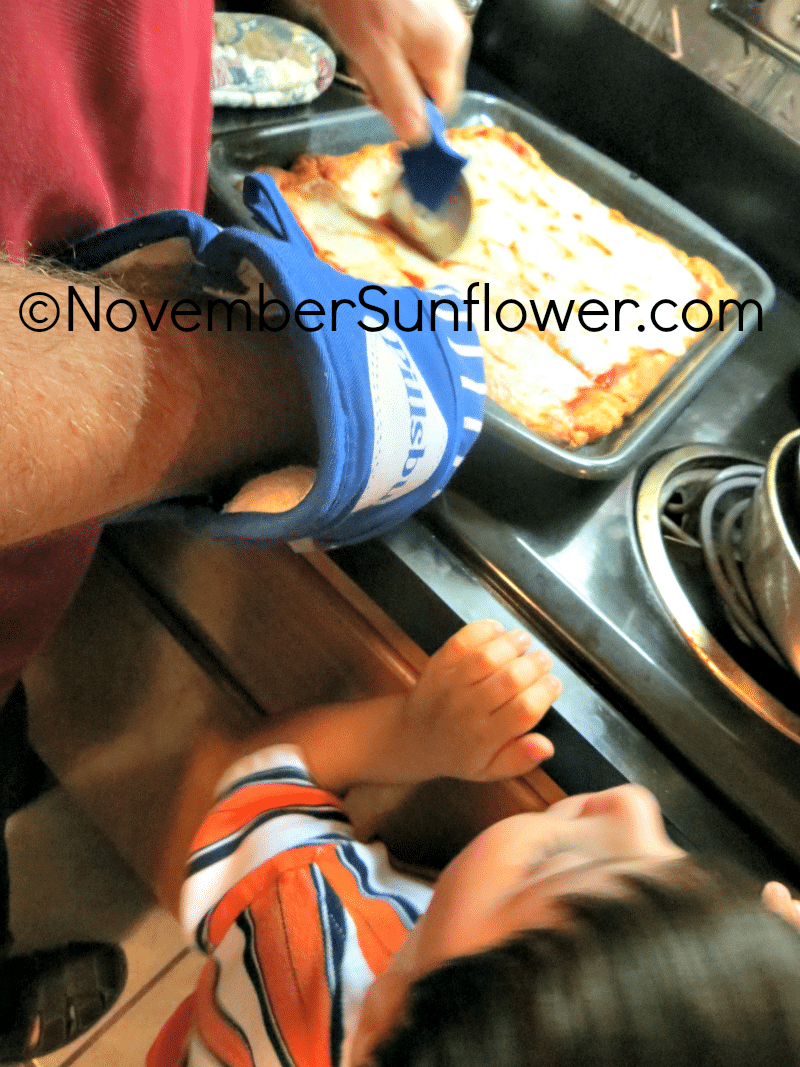 Served up, ready to eat. 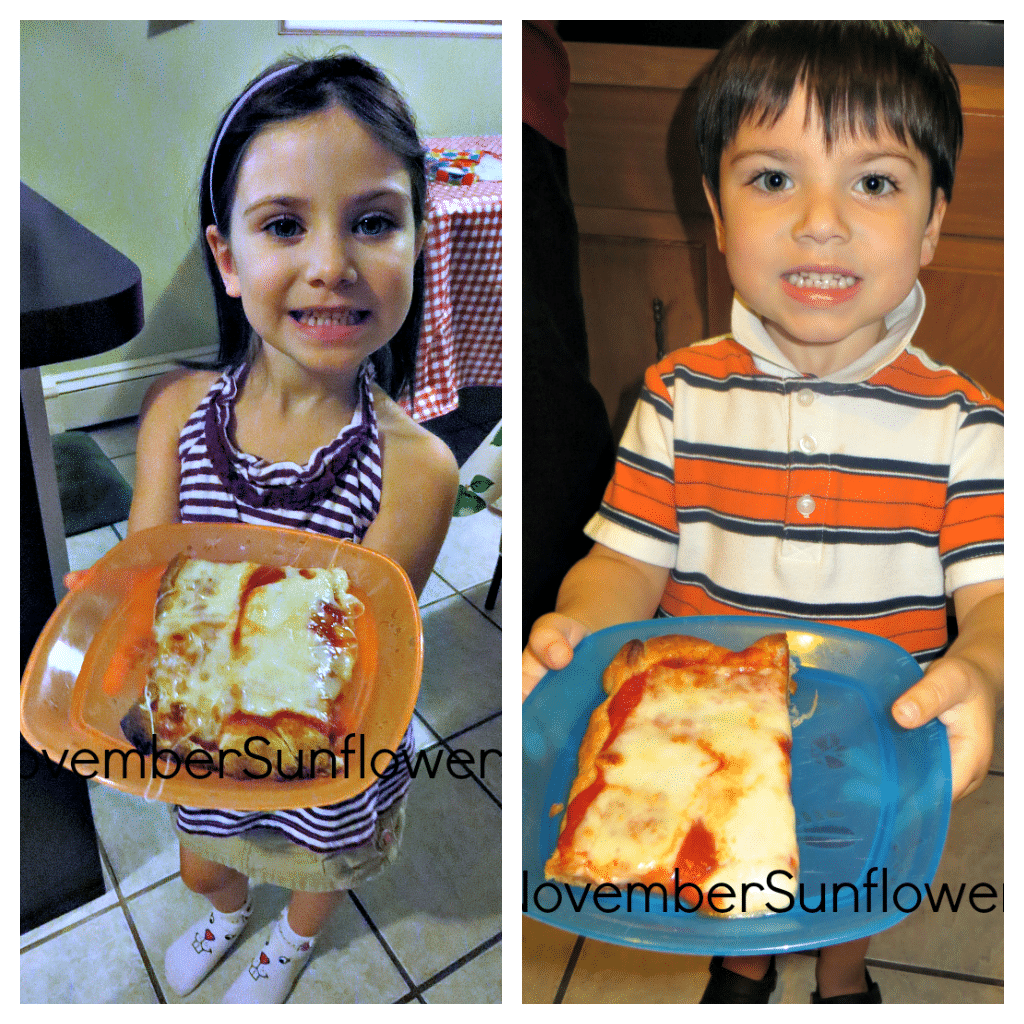 Our thoughts on the Pillsbury Artisan Crust

What’s the verdict? The kids hated it. Honestly, I think the sauce was the downer for them. Unfortunately, we used a canned version, not our homemade one. WHOOPS. However, the toughest critic in this house, when it comes to pizza, is Mr. Sunflower.

Mr. Sunflower liked it. He said the dough was a great consistency, considering it was whole grain. He ate about half the pizza……yes, half the pizza. I enjoyed it, too. Brutal truth: we both thought it would taste like cardboard. We were wrong. It was light, and crusty-licious. I was impressed, and for me, I’d get it again.

As for the kids, we’ll have to attempt it again with our homemade sauce next time around. I’m sure we’ll bring them around to the healthier version of pizza dough, for sure.

Disclosure: The product, gift pack, and information have been provided by Pillsbury through MyBlogSpark. *I received a coupon for a FREE Pillsbury Artisan Pizza Crust with Whole Grain in order to complete this review. I also received a gift pack, which included Pillsbury logo-ed items. All opinions are mine, and those of my daughter, son, and husband.