If given the chance, I highly recommend spending Mother’s Day with your family at Disney’s Magic Kingdom. I thought Disney Social Media Moms Celebration was nuts to have the conference over Mother’s Day weekend. They weren’t nuts. Those masterminds were geniuses. Geniuses, I tell you! Extending our trip was the best decision Mr. Sunflower and I made, because it meant hanging out at Disney’s Magic Kingdom, instead of flying home, on Mother’s Day. 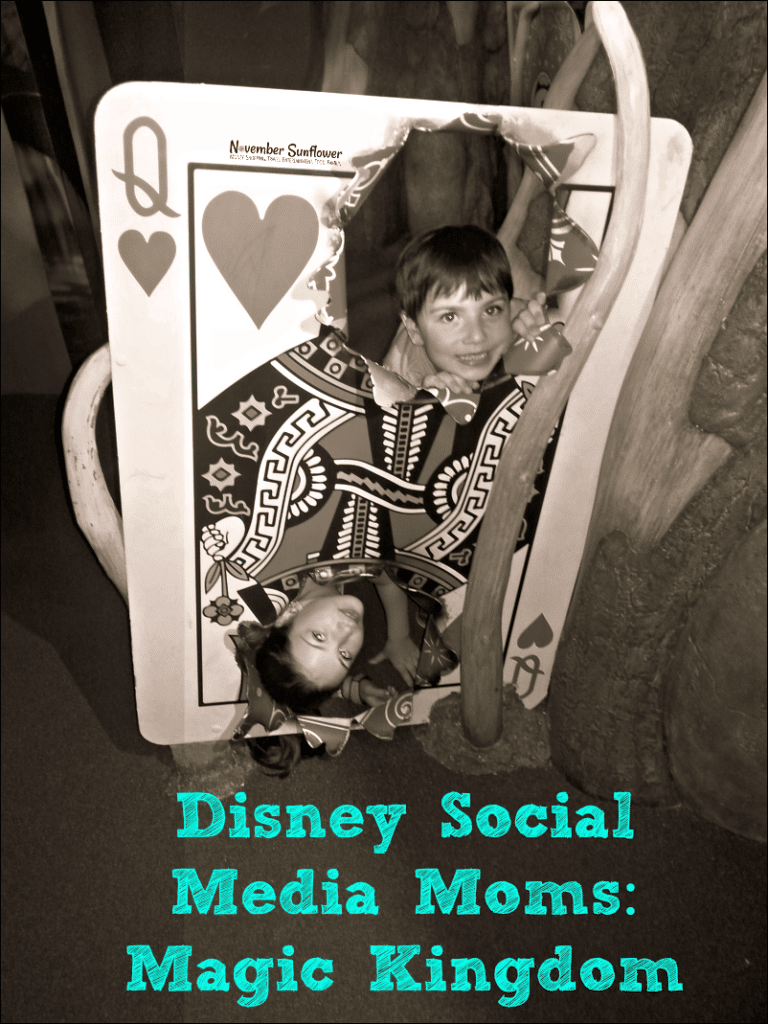 On the final day of the conference, all attendees and our families enjoyed breakfast together. Holding it early meant no worrying about hotel check out until breakfast was over. However, it was late enough for us not to have to be up at 6am. Well, those of us who didn’t do the fun run sponsored by GoGo squeeZ, were able to get up later on Mother’s Day. 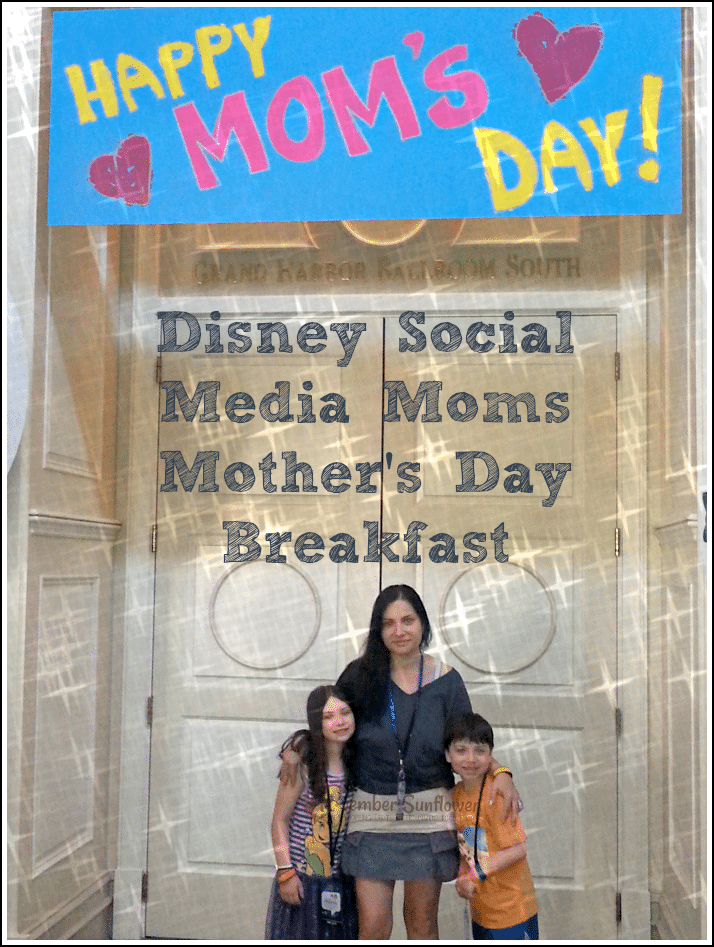 It was a fabulous way to start Mother’s Day, while simultaneously ending the #DisneySMMC event. One note on the whole breakfast, a new brand of orange juice would be a good idea. I’m not sure what brand Disney’s Yacht Club uses, but it’s not a good one. Once the event came to a close, we said quick goodbyes to our new friends, as well as our old friends. Then went to check out of the hotel so we could move to our new one, Disney’s Pop Century! And then, go to MAGIC KINGDOM.

Yes, there’s four parks and two water parks that make up Walt Disney World. However, the main draw is…..Disney’s Magic Kingdom, of course. It is, after all, where:

It’s the mecca for kids like mine, who adore princesses, but also love to get down with Stitch!

Our last trip to Magic Kingdom was in July of 2012. It was hotter than the surface of the sun, and we lasted half-a-day. Our goal this year was to get through every “land,” and hit the best rides in each of the lands. Who am I kidding, my only goal was to get to the Aloha Isle to get a Dole Whip. Friends introduced me to Dole Whips at Disneyland in 2014, and the addiction is strong. I had to have one, and introduce them to the kids. Everything else was just “on-the-way” to Aloha Isle and my Dole Whip. All I thought about once we touched down in Orlando: a Pineapple float.

Character visits are a must with my kids

Although my mission was clear, the kids wanted to meet characters, and go on rides. WHAT?!!! They weren’t into going for Dole Whips first. I made the best of it. It was hot, but we headed to meet Anna & Elsa, as well as Rapunzel. We skipped right by Merida, as she doesn’t have fast pass options – CRAZY. No way were we waiting on that long line, in the heat. Merida is great, but not that great.

A trip to Magic Kingdom isn’t going to be official for the kids without a meeting with Tinker Bell. It’s just a must. 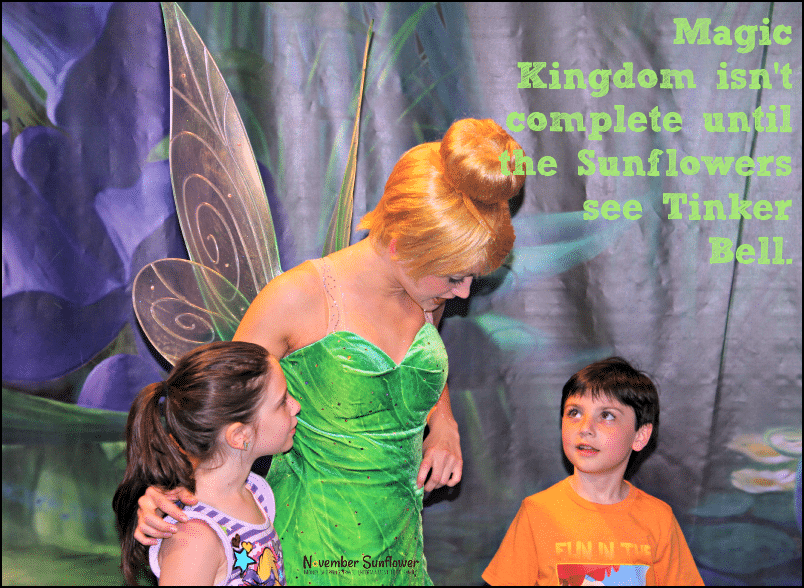 We quickly made our way to see Ariel, and took her ride. Heck, we even hit the Buzz Lightyear’s Space Ranger Spin, which was The Boy’s favorite back in 2012. However, after experiencing Toy Story Mania at Hollywood Studios, we found he wasn’t as big of a fan of Tomorrowland’s ride.

While over at Tomorrowland, my little thrill seekers decided they wanted to go on Space Mountain with Mom. Now that they both are tall enough, Disney World just became a totally different place for our family. Seriously. I get how cute it is for the little ones, but now with the kids being a great height and able to get on almost every ride, I have to say, Magic Kingdom changed for me.

Before we officially left Tomorrowland, the kids also wanted to do the Tomorrowland Speedway. Mr. Sunflower went with The Boy, and I let Little Miss drive our car. Let’s just say my daughter will never get her license….terrible. She jerked us around that speedway more than Space Mountain jerked us around. 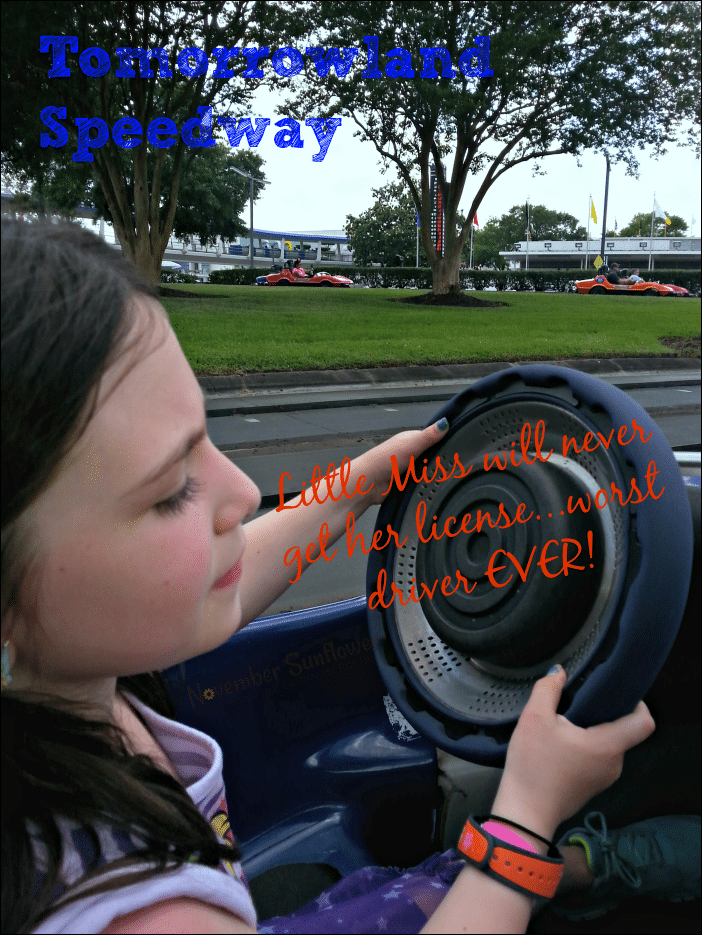 Our family got to do one of the newer rides in Fantasyland, Seven Dwarfs Mine Train. It was cute, and we went on it a couple of times, just because we could!

One of our all-time favorites from this particular trip was over in Frontierland. Oh you know the one I’m going to unleash on you, right? Nothing’s better than hitting Splash Mountain on a super hot, humid day. It cooled us off, while we hit a few more rides, and lands.

How anyone doesn’t love a Dole Whip is beyond me. Food always makes me the happiest, whether I’m on vacation, or I’m home. If I’m able to have awesome treats while on vacation, it makes the trip that much sweeter. If I could get a gallon of Dole Whip I would, but that’s not available. Instead, I got a Dole Pineapple Float, which has Dole Whip loaded on top of pineapple juice. Stick a straw in that bad boy, and grab a spoon, and just savor every, last spoonful. Sip up every, last drop.

Now, with my son being so picky, I didn’t get him one. I let him try mine, while Little Miss and I enjoyed ours. Aloha Isle gives you the biggest floats, and you get the most bang for your buck at Aloha Isle. Believe it. I speak the truth. Well, once The Boy tasted it, he wanted one. I gave him the one I had started, and got back on line for a brand new one. 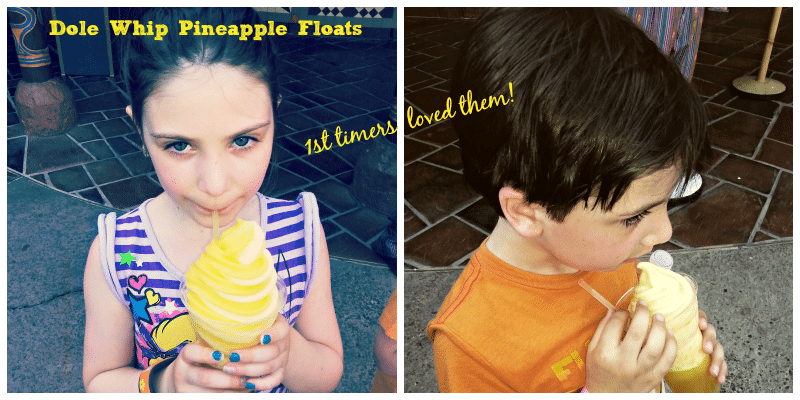 Mr. Sunflower thought I was nuts, because he knew the kids would never be able to finish those huge frozen treats. You’d think he would know me well enough by now. My goal: finish my new one, then finish The Boy’s, and even though Little Miss can eat with the best of them, she’d never finish, and I’d get her leftovers, too.

GENIUS at work, my friends. It worked perfectly. Scary thought: I wanted another one after I finished all of those. 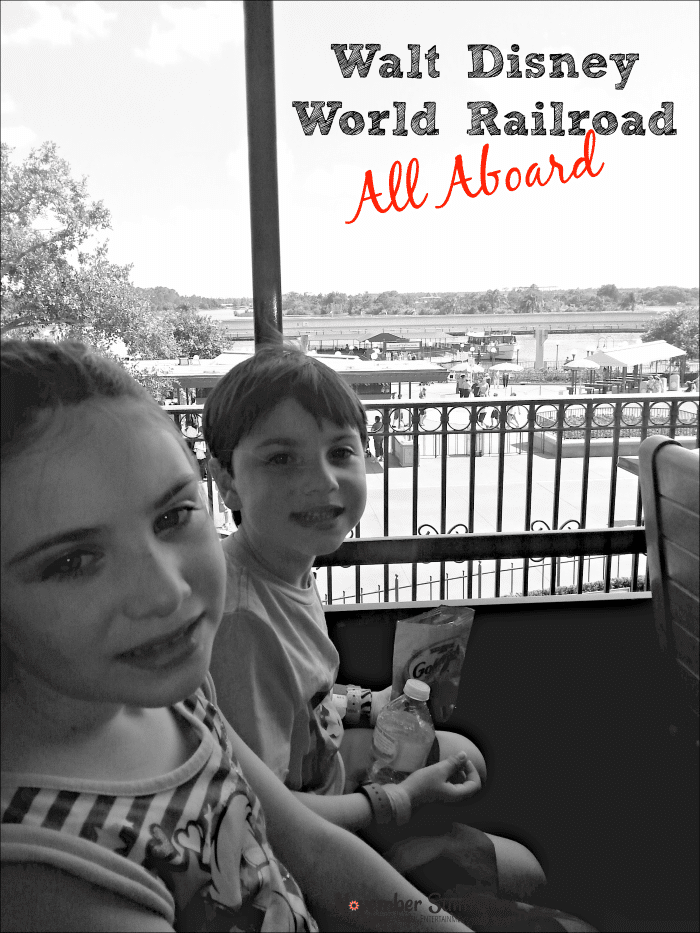 I’m a novice at Disney, and I don’t have a ton of tips.

What I do know is this:

Once in the park, use the MyDisneyExperience app to: