How Solar Energy Can Save Your Business Money

When we think about solar panels, we normally think about our homes, not our businesses. Buying solar panels has been too expensive and cumbersome for most businesses. Since solar technology has been costly for so long there’s also a general distrust that going solar can save your business money in the long run. Why? Because solar technology is cheaper than ever and people really are saving money because of it. 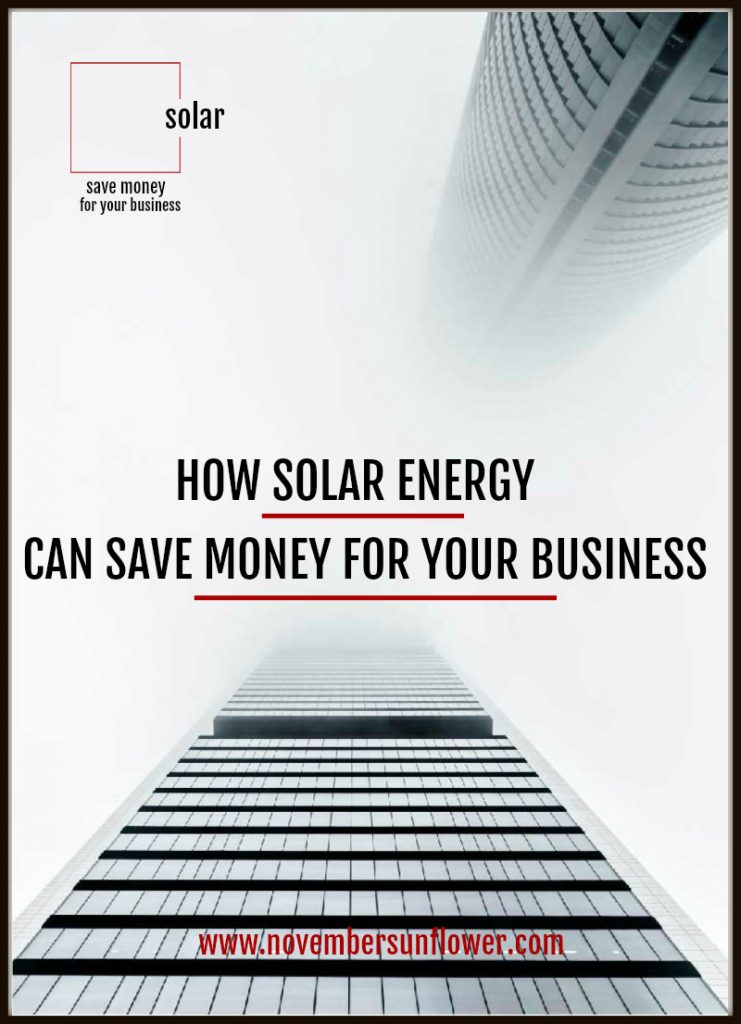 How Solar Energy Can Save Your Business Money

Businesses across the country are saving money on their energy bills. In fact, in 2015 Walmart reported 348 solar installations at a solar photovoltaic capacity of 142 megawatts. Walmart is not alone, other companies like FedEx and Apple are using solar energy to their advantage. Once a fringe green idea, solar technology is a true alternative energy source that businesses should take full advantage of.

How Does Solar Electricity Work

With solar panels becoming a more common sight, it is a good idea to know how the technology works.

A few components make up a standard solar panel.

Silicon is a conductive nonmetal capable of absorbing and converting sunlight into electricity. When sunlight hits the silicon cells, the electrons within become excited and begins the flow of electricity. This process is known as the “photovoltaic effect” and is the base functionality of solar panels.

In basic terms, solar panels work by absorbing sunlight and converting it useable energy. The longer explanation has a few more steps:

Garrett Colburn, Director of Marketing Communications and Demand Generation at REC Solar, explains what drives businesses to invest in solar technology, “We talk about sustainability and being able to market yourself as renewable and the importance of that, but the primary driver for most businesses is to reduce their utility bills.”

At the end of the day, it comes down to saving money and companies truly are saving money by installing solar panels. According to The Balance Small Business, “…market data suggests that the average commercial property owner in the U.S. can reduce overall energy costs by 75 percent by going solar. According to the report, the average commercial property owner paid $1,950 in monthly electric bills before going solar in their operations. They paid just around $500 after installing solar energy systems.”

Solar panels might not work for every business, but that doesn’t mean there aren’t ways to use solar technology. You can reduce your business’s energy bill with solar signs and lights.

Solar lights use the same technology as solar panels, but on a smaller self contained scale. The solar panels on the solar powered light collect thermal energy in batteries so it can be used later. These lights are commonly used to illuminate:

Solar lights run independently of the electrical grid since they’re self-contained making them ideal for places with limited access to electrical outlets.

When buying solar lights be sure to check how long the lights will run. Some solar lights can only run for four hours while others can last past 12. Also weigh the price of the lights and possible replacement parts against potential energy savings. If a light is expensive and the parts are hard to come by, you may end up spending more than intended on repairs.

Solar technology is a true alternative to traditional grid electricity. By harnessing the sun’s natural energy your business can save potentially significant money on electric bills. Solar panels are not the only options, lights and signs can still help reduce your costs when proper research is done.

Author Bio: Gwen Lewis is a writer, and makeup artist, based in Southern California. Because of her passion for beauty and health, she hopes to help others not just look great, but feel great, whether through makeup, or her writing. In her free time, she enjoys shopping, and pick-up soccer games with her friends. Check her out on Twitter at @GwenEveLewis.