Our life on FiOS has been a blessing

Usually, when people think about television, internet and phone, services, they don’t consider what a blessing they can be. Our life on FiOS has been a blessing since the start of 2016. It’s brought much joy through the music I stream online using FiOS’s fiber optics. It’s brought the kids, and I, much needed down time watching our favorite dance show when we have time to watch it, thanks to the DVR on our FiOS television. Truly, a blessing. 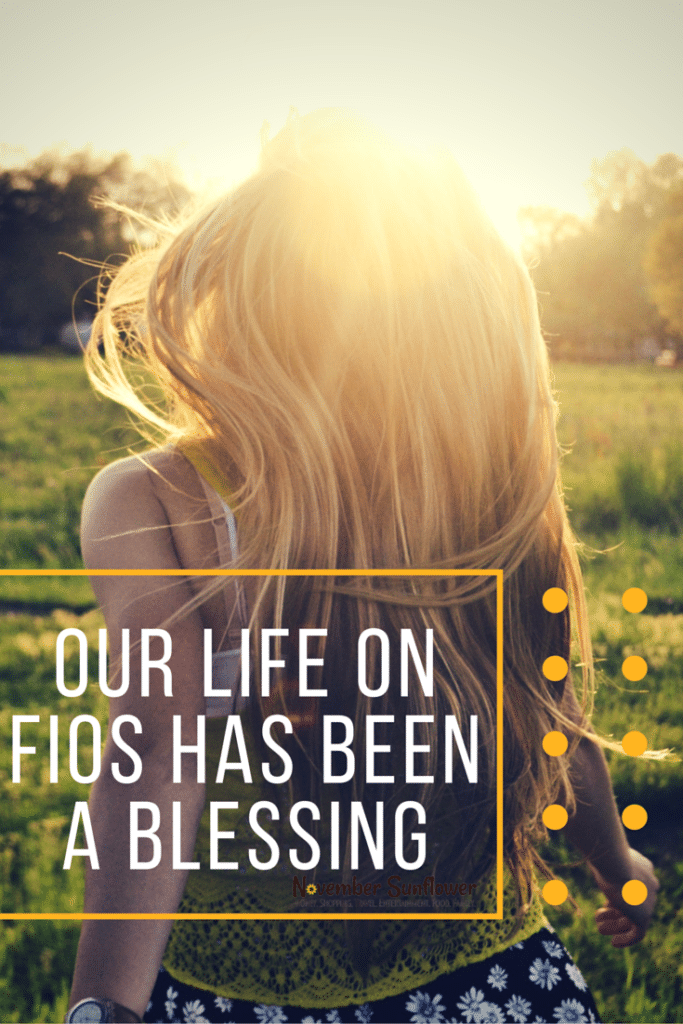 Our family had a rough couple of years, but we were starting to see a bit of light at the end of the tunnel. January was starting to show signs of a promising year, and then February started out rather well. Kids had a great winter break, too. Then, out of nowhere, on February 25th, I was just getting done with a little work and a phone call came from my father.

Mom’s being rushed to the hospital, she’s unresponsive.

My entire world unraveled with those words, and the coming weeks felt like a nightmare. Mom’s heart stopped multiple times, and was brought back from death. We had no idea what would happen, and every time we would try to catch our breath, another blow would hit us.

She’s had a heart attack.

Her valve was blown out.

She’s had a stroke.

Large parts of her brain are dead, and will never recover.

We have no idea if she’ll ever wake up.

It was like being shot, over, and over, and over. My only solace was music. I would put my ear buds in, and block out the whole world. All those words that repeated in my head, I drowned out with the music. Music from my streaming service, that was being pumped through my phone thanks to my FiOS. FiOS had my back, and it made life just a little less of a nightmare.

FiOS has been a blessing

Every day, for just a few hours, I’d sit with my mother. The staff in the Acute Cardiac Care Unit would buzz around me, checking her vitals, and keeping her comfortable. While they tended to mom, and chatted with each other outside her room, I played violent movies for my mother, hoping she could hear them. Mom LOVES blood, gore and guns, when it comes to movies. She’s nuts. I had them all recorded on my FiOS Mobile app for my iPad. While I played them for her, I’d pull my phone out, and have my ear buds in, listening to music, because I can’t handle some of those violent movies she so loves.

Every day, Verizon FiOS was there, giving me the essential tools to get me through all of it. Mom slowly came out of her slumber. It wasn’t like in the movies, where she opened her eyes and was back to her normal self. It took weeks, and lots of hard work. Once again, FiOS was there to give me the good news that she uttered her first words on April 8th, which was my birthday. While traveling, I found a hotspot thanks to FiOS, and received the message about mom speaking for the first time since February 25th.

Life is rather busy for our family, between the kids’ schedules, and time with mom as she continues her rehabilitation from not just the heart attack, but the stroke that happened thanks to the heart attack. A heart attack caused by a blocked artery, by the way. Which showed lots of signs of existence, but both my parents didn’t know the signs to look for. Once again, FiOS has helped, because the internet has been a huge resource for information about what to look for when it comes to heart attacks in WOMEN.

However, we’re talking busy family life, right? Both kids, during the school year, have tons of activities. One is dance, and when our favorite dance competition show started, it aired on television on the nights they had dance. IRONIC, don’t you think? Instead of getting upset, we just set the FiOS DVR and watched the show another night, together! Bonding over dance, what’s better than that, folks?

With no time to read a paper, or follow the news online, I’m happy to be able to pop on channel 501 to catch Verizon FiOS1 News. I prefer watching local news, rather than national news. When a bank has been robbed in my area, I’ll hear about on Verizon FiOS1 News, before I hear about it on something else! Even New Jersey has a region dedicated just for them, it’s not just for New York. Rather, Long Island! Plus, the most updated traffic reports helps a lot when I’m planning to head out for the day. Getting caught in traffic when I’m going to visit mom, drives me bonkers. I like to know what’s going on in the local area, so I can avoid the traffic and not waste time traveling, when I could be spending that time with mom!

If you’re considering making the leap to Verizon FiOS, I couldn’t recommend it more. It’s fast, it’s reliable, and it hasn’t let me down in any way.