Pinterest victory with a recipe for Chicken Avocado Soup

It’s now a normal thing for the kids to come into the house and smell good things cooking in the kitchen. Who would have ever thought it possible? I know they sure didn’t. Even though The Boy loves how everything smells, and has been trying a few things, he’s still not eating most of what I have been making. However, we did have a pinterest victory with a recipe for Chicken Avocado Soup from the amazing blog Mama Miss. I did a few things differently from her original recipe, just because I like to use a slow cooker. Any way you slice it, it was a #pinterestwin for me and my Little Miss! 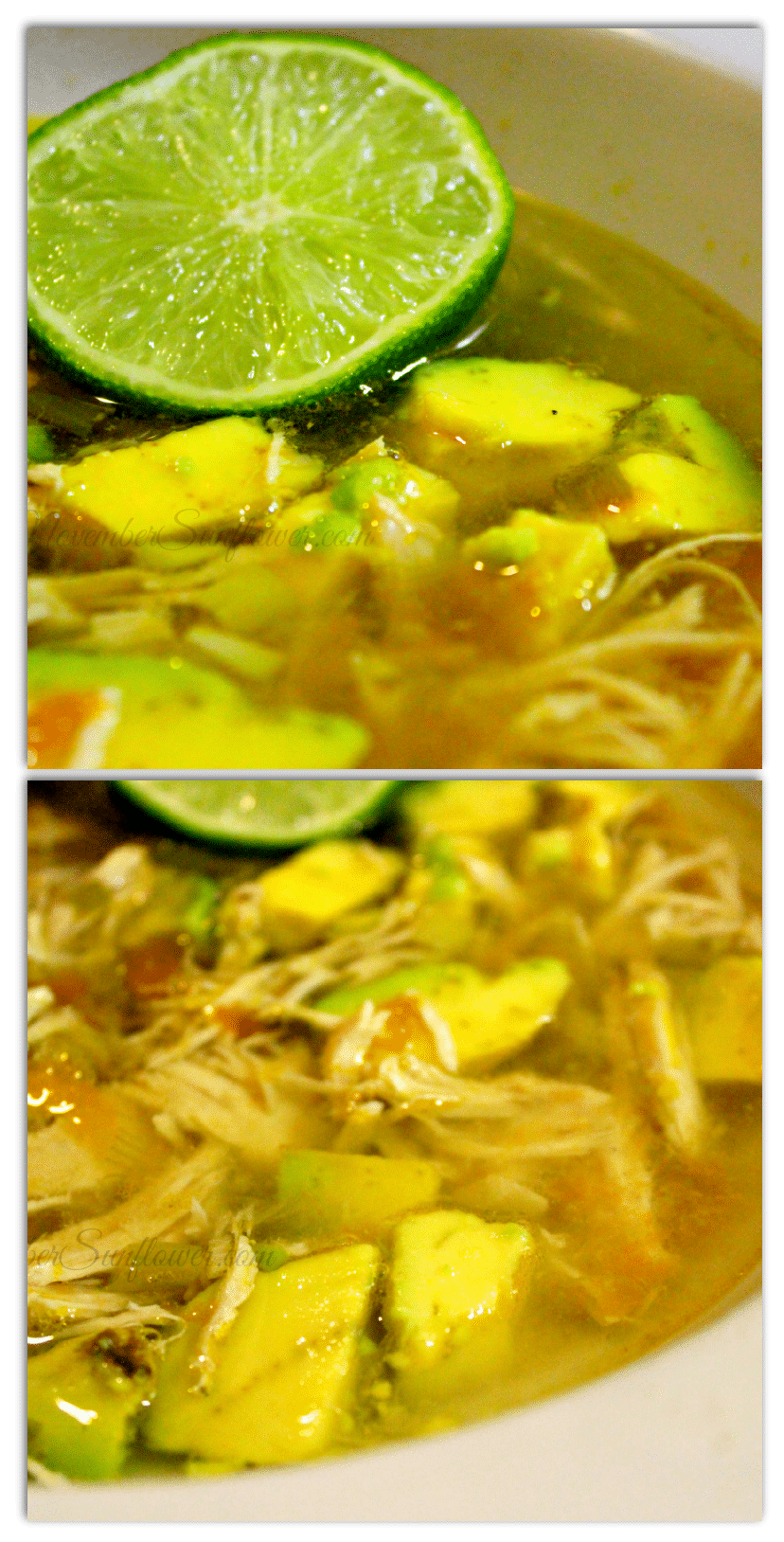 When you check out the original chicken avocado soup recipe on Mama Miss, you’ll notice she doesn’t use a slow cooker. She does it all much faster in her house. Totally fine for her, but I had to change it up a bit for our family. We had a snow storm, and unfortunately I couldn’t spend time watching over everything. I totally browned the chicken in a pan, but I added it not totally cooked to the broth mixture in my slow cooker. All the ingredients went into the slow cooker, EXCEPT the avocados and a couple of tablespoons of the green onion. Everything else got tossed in, and put on for 6 hours. When it was done, the avocados were cut up, and I poured the soup over them, and added a bit of green onion on the top. Worked out well, and it tasted fantastic. 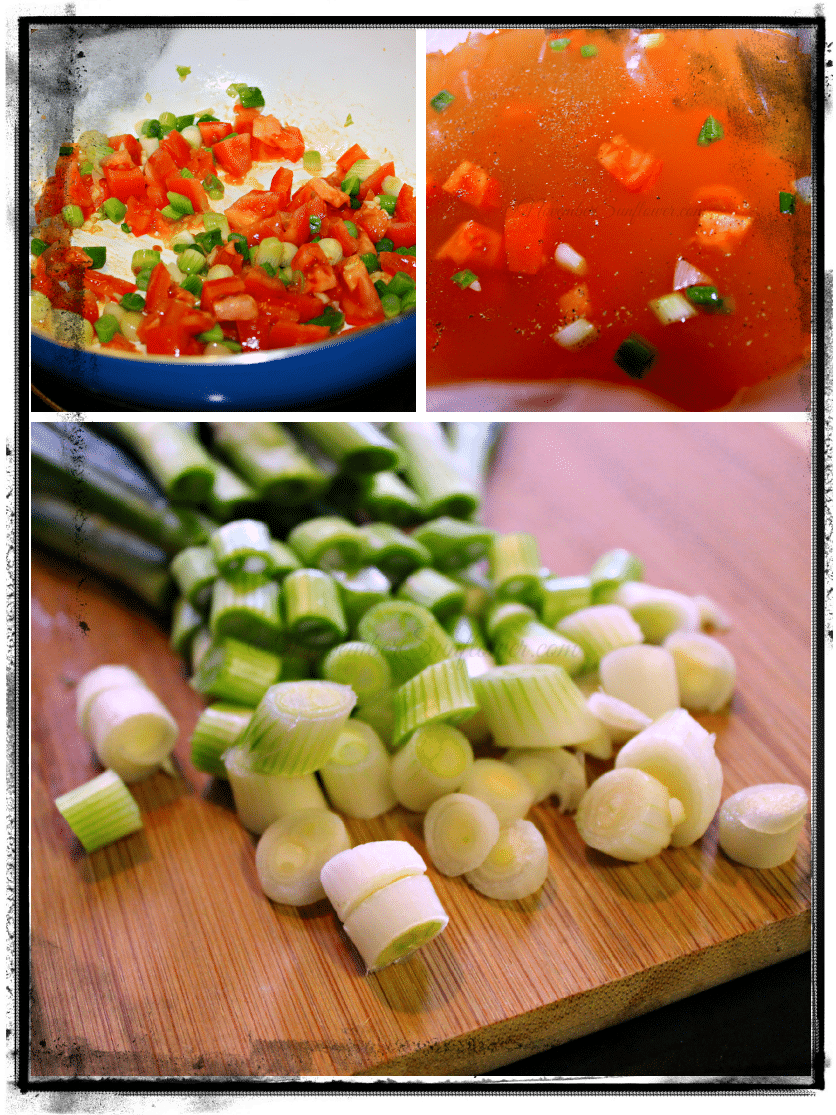 I mean, Little Miss was loving it!!!! 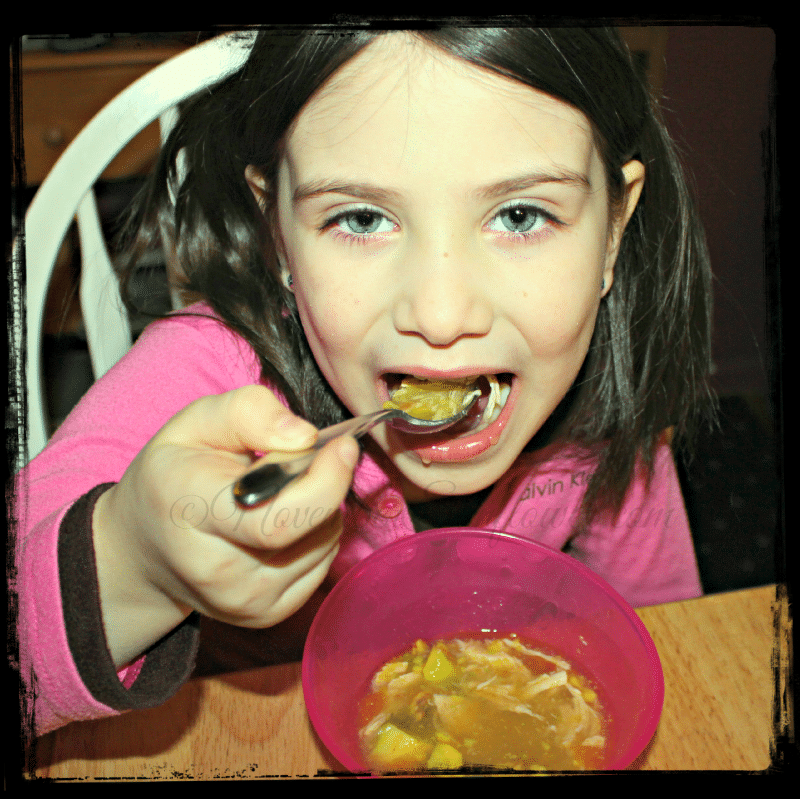