3D has entered the world of iPads: #CypherKidsClub Cards 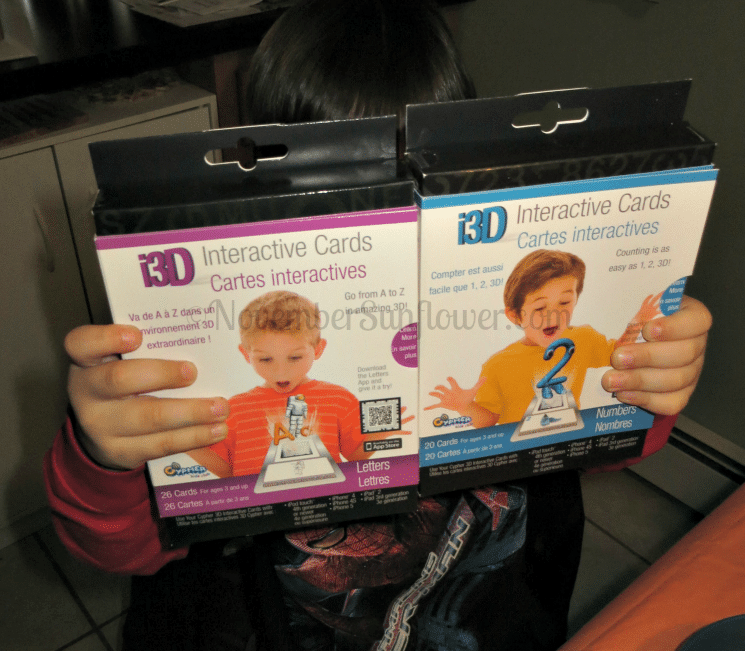 It’s holiday time. In our house this year, we’re getting very TECH-LICIOUS. The iPad, though MINE, is used by the kids while we are out and about town. However, the games start to get old…..and we’ve got to spice it up. I’m sure I’m not alone! Especially with the youngest ones in the house!

Yes, I let the kids play on the iPad. Sure, I make every attempt to make the games I download educational in some way. However, most of the educational ones are a SNOOZE fest. Totally boring. It’s a bit of a struggle. If you’ve got kids, or know kids, you can totally understand the dilemma all of us face. Keep the kids entertained, but keep it educational………(that’s me, making a face due to frustration.)

Our newest find? Cypher Kids Augmented Reality Learning Cards! Oh yeah, my friends. Cypher Entertainment has come up with a learning card that is 3D, and interactive for the iPad. We all know I’m a junkie for buying online, but you can get these cards at your Apple Store, but also on Apple.com. True chizz. I kid you not.

Holiday gift spoiler alert!!!! My kids had to try it out, so I could review them. I’m out for wrapping them and giving them for the holidays, but YOU GUYS AREN’T. And shipping is FREE on the cards. So it’s kind of a win-win. I got them in two days. SCORE.

If you know how to shop online, you know about Cash Rebate sites. Well, that’s where my shopping trip started! 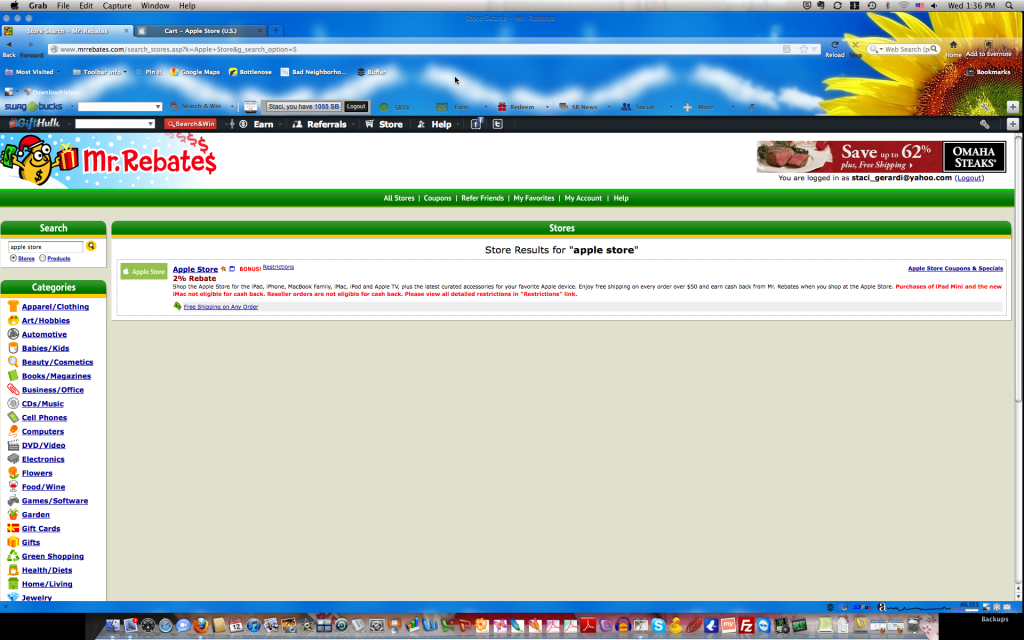 Once I was on the Apple site, I just went to the search feature, plunked in Cypher Kids, 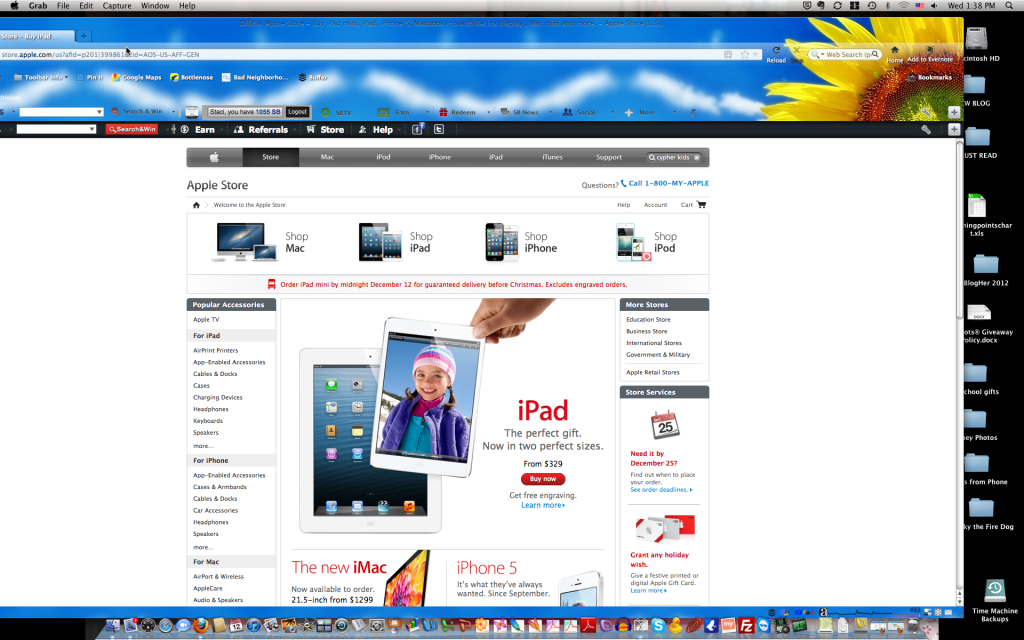 and VOILA! Up popped Letters, and Numbers. Sweet! 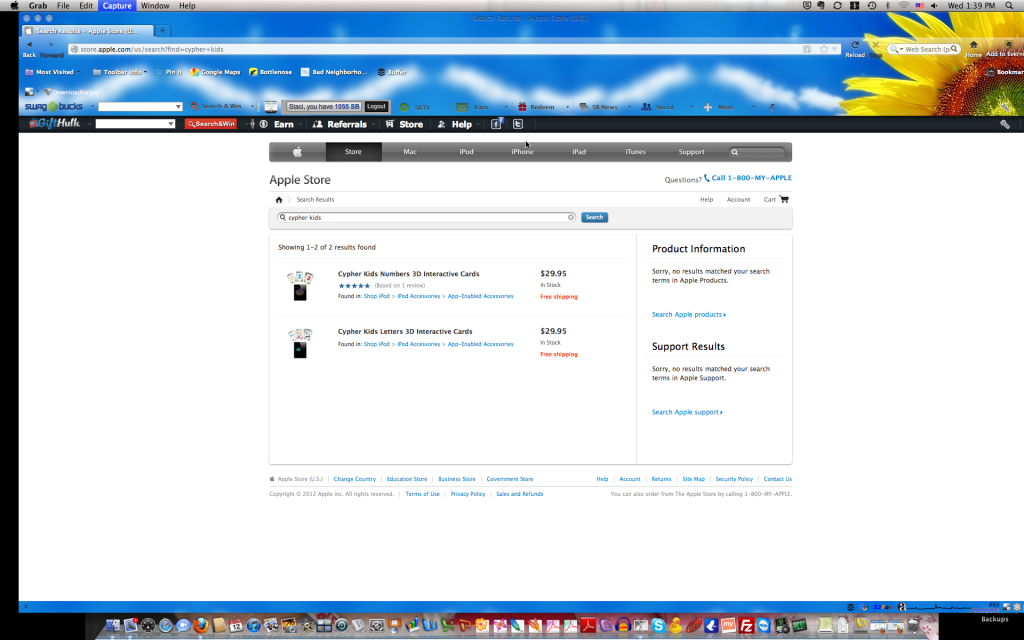 And right into my shopping cart it went! 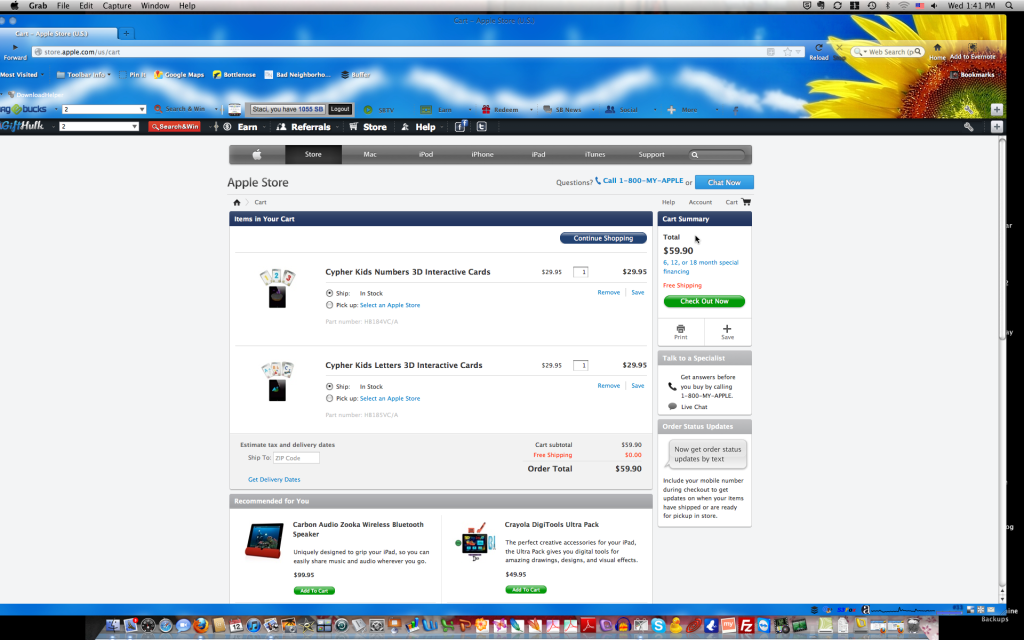 Once they arrived, the kids were excited to test them out. I mean, HELLO, iPad playing while home, instead of just while out of the house. AND it was in 3D. Kind of a no brainer it would be a big hit. We opened the boxes, unwrapped the cards, and I had downloaded the games earlier in the day, so we were all set!

I read through the instructions, but was a bit frazzled, because the main menu they speak of on the instructions card just doesn’t exist. You’re suppose to have a main menu, with options. I had no options, just a slider with which you choose the card you are going to be using. I just put the card on the table, handed the iPad to The Boy, and SHA-ZAM, the letter A came to life! However, it was awkward with the iPad and the card. Especially at the table….. 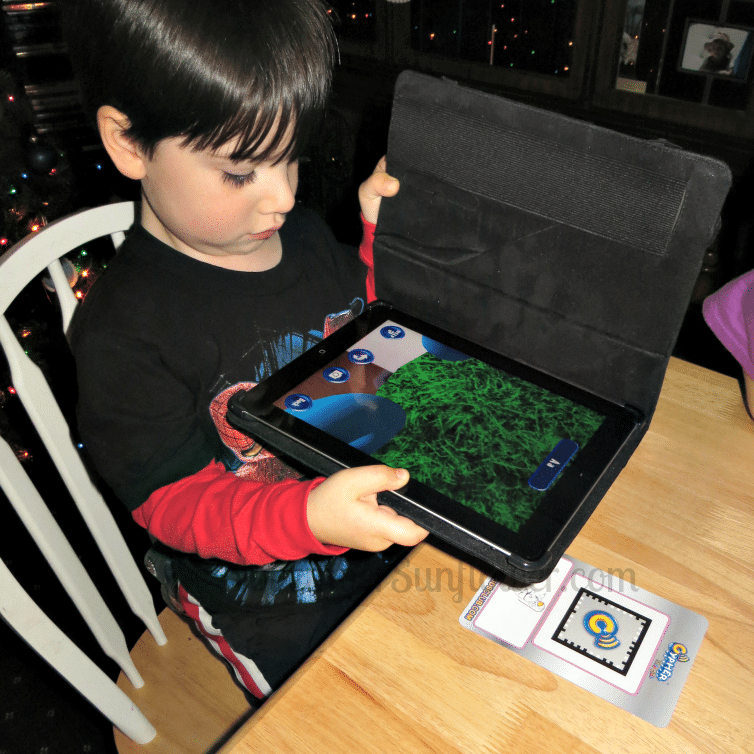 So in my brilliance, I told him to take the card and put it on the floor. Then stand up, hold the iPad up over it so the camera lens can see the card, and out popped our little 3D animations. It seemed like it was going well, but his arms got tired, and Little Miss tried to help. 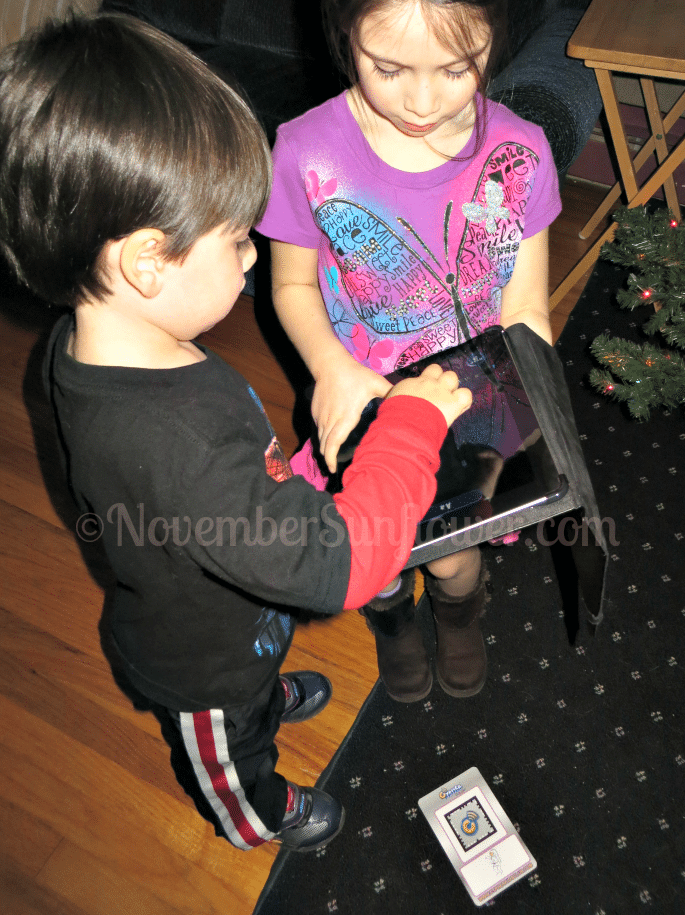 Now I was getting kind of annoyed, because I realized how stupid this was. You can’t hold an iPad over the card for this long. I kind of cursed, quietly…..and then I re-thought the whole scenario. I took the iPad from The Boy, made the cover into a stand, and put the card out. It wouldn’t work. Then I remembered the card was suppose to be flat, so the camera could read it. So I took the iPad, put it over the card, engaged the card, and then placed the iPad on the cover stand again. WORKED LIKE A CHARM. He saw me do it, switched out his cards, set it up how he liked it, and played on for at least an hour. PEACEFUL. 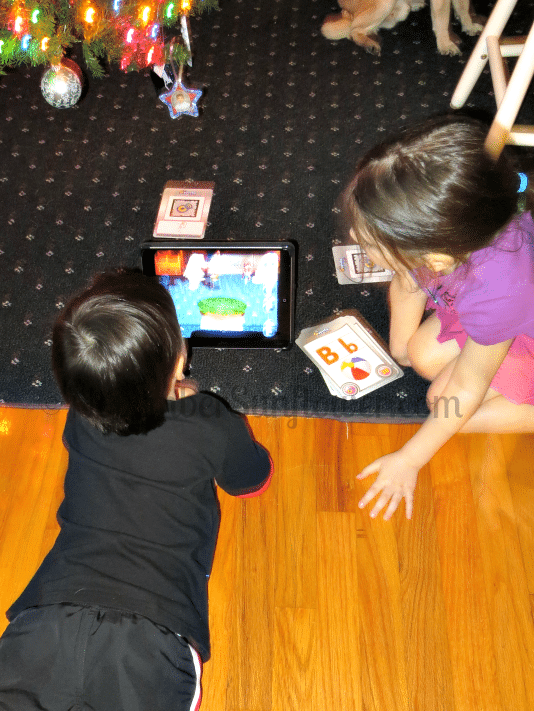 If I had found these before I did my Gift Guide this year, these would be in there for kids ages 3 and over. Little Miss knows her numbers, and letters, but she liked the 3D action, and learning things about the various letters. Astronaut for the letter A….so cute.

Big hit for this family, that’s for sure. Super simple to order online, which I love. Six thumbs up (for me, and the two monkeys – oh wait, monkeys don’t have thumbs…….)

My only complaint? The camera function wasn’t working to be able to take screen shots of the activities while using the app on the iPad. No matter what I did, just couldn’t do it. I even removed the app, and re-loaded it. Still didn’t fix the problem. So if you want to take screen shots while playing, it might not work out for you. I’m still trying, so we will see what happens!

Disclosure: I am a member of the Collective Bias™ Social Fabric® Community. This shop has been compensated as part of a social shopper insights study for Collective Bias™ and Cypher Kids Club #CBias #SocialFabric All opinions are my own, and that of my kids.