When I think about Thanksgiving, I think about, well food. It’s what I think about almost all the time. Thanksgiving is no different, of course. What’s unique about my Thanksgiving? Well, I don’t like turkey. I’ll eat sliced deli turkey in a hero, however I’m not a big fan of chowing down on a big turkey that’s been roasting in the oven. I go for all the delicious sides! My plate: loaded up with mini piles of the 7 best Thanksgiving side dishes around! 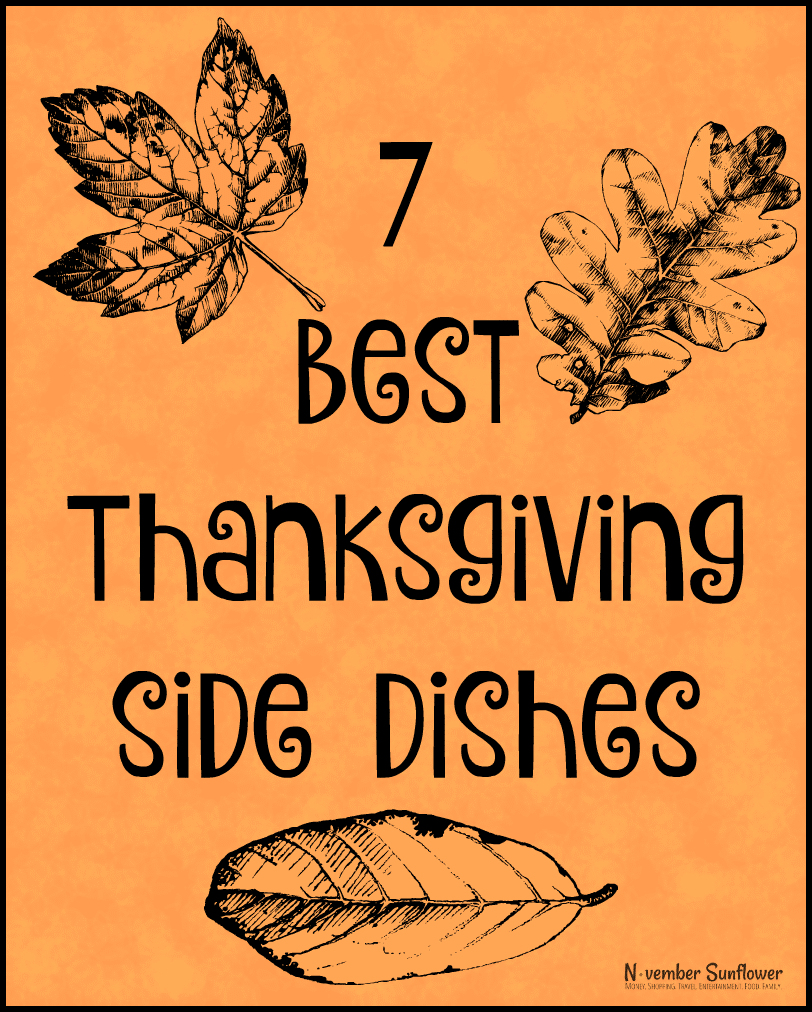 The 7 best Thanksgiving side dishes

If I’m going to eat Sweet Potatoes, they better have some bacon on them. Everything’s better with bacon. Southern Living understands the bacon concept. Oh man, they understand it better than most! The main show: sweet potatoes. However, the crumbled bacon on top makes this dish beyond amazing. Best part? You can make it ahead of time! Also, you can make it in the slow cooker. Kind of a big deal! Heck, if you’re cooking all day, it makes it easier to entertain putting one dish in the slow cooker. It means one less dish to pay attention to, so you can join guests.

Carrots can kind of be boring. Normally, I throw carrots into the oven and roast them, because it gives them a great flavor. Instead of just doing carrots, Southern Living has put parsnips into the mix. Parsnips are the perfect accent to carrots. I think the crushed red pepper puts this dish over the top, but if you’re not into a little bit of a kick, leave it out of the ingredients list.

I’m not big on the green beans, either. However, I can’t resist a green bean casserole covered in french fried onions and lots of cheese! Isn’t that how everyone gets their kids to eat everything? Load it up with cheesy gooey goodness? Am I the only one doing this trick……dang, world’s worst parent, I guess!

Brussels Sprouts in a Sherry Bacon Cream Sauce from allrecipes.

Normally, I won’t touch brussels sprouts. Once again, bacon makes it all better! Plus, there’s sherry involved in a cream sauce. What’s not to love? You know, besides the brussels sprouts themselves.

Mashed potatoes are a favorite of mine. Totally okay with boring, plain mashed potatoes. However, I would never say no to truffled mash potatoes. Seriously, I’m a truffle junkie. I’d have that on everything if I was a millionaire.  It’s the only way I’d be able to afford to have it on everything. Truffles aren’t cheap, my friends, but the flavor……..I could lose myself in a bowl full of truffles freshly dug up from those little pigs in Italy. Bring.It.On.

Finally, you’ve got to have stuffing. Tyler Florence ‘s stuffing recipe is the bomb. The only thing that might put this over the top is a little bacon, or hey, some truffles. My favorite part: the caramelized onions!!!!