Get kids off the couch with Zing toys

Disclosure: I was not financially compensated for this post. I received product for review purposes. The opinions expressed in this write-up are my own, and that of my children. It’s all 100% November Sunflower!

Summer’s coming, and even though I enjoy my time in the central air conditioning, I also enjoy getting the kids outside as much as possible. After the winter Long Island experienced from December to just last month (because even though the seasons were suppose to change, Mother Nature forgot to flip the switch,) we’re going to be spending as much time outside this summer season as humanly possible! Get kids off the couch with Zing® toys and Hog Wild® is my mantra! Any and all toys I can use to entice the kids out the door are cherished in this house! 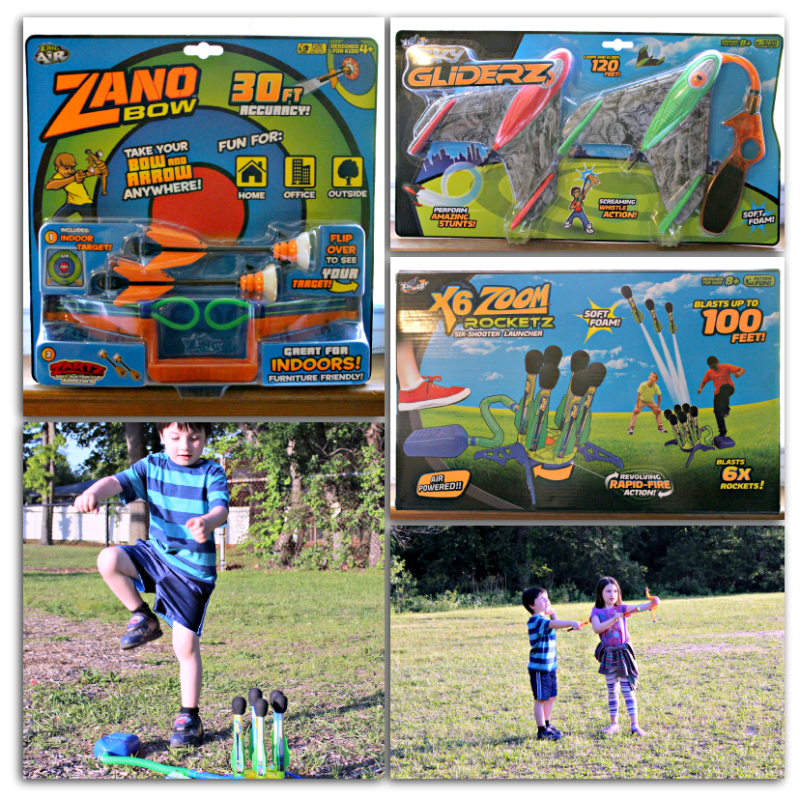 Get kids off the couch

How does a mom get kids off the couch, and away from all electronics? It’s rather easy if you’ve got access to high-performance, and innovative toys from a little company I love: Zing®. The best part about Zing® toys is if the day’s too hot, or the rain’s coming down, the kids can still play indoors with a couple of the toys from their Spring Collection!

Little Miss and The Boy are still young. They don’t think so, but at the ages of 7 and a half, and 5 and a half, both are still young. I can’t just send them out front while I hang in the cool, air conditioned house. It would be cruel, right? At least that’s what my husband tells me. I’d send them in the backyard, but we’ve got this huge hole that appeared after our trees were topped. Apparently, they broke the lid on a drain thing for our gutters. Awesome, right? Even more awesome is waiting for my husband to find the time to make a new lid with the tons of cement he picked up at the store. Currently it’s taking up residence in my garage, which is a whole different issue in and of itself.

Let’s just say we’ve lived in our home for about 5 years now, and I still can’t park in my own garage. What the what?!!! Yeah, my thoughts exactly.

In any event, what’s a mom to do with these two kids in the summer? We’ve got a hole in the yard, so they can’t run around back there with me in the air conditioned house. I can’t let them lose in the front, because someone might try to steal them (trust me, they’d return them in a heartbeat.) I’ve got to be a mom, and go out there with them. Problems, problems….right?!!! Now listen, there’s going to be times where the kids will watch television, play on their Kindles, and even on the Wii they hardly touch, and the Nintendo 3DS thingies they love. I’m not a perfect parent with activities planned out for the entire summer, down to the hours in the day. My schedule right now is tennis on Monday nights, lacrosse on Thursday nights, and a scattering of library programs, and hopefully another summer of swim lessons. The thought of all of it makes me cringe. I like looking at empty white boxes on my calendar, so we can do spur of the moment fun stuff…..

Like pull out Zing® toys from my bin in my garage that I can’t park my car in! What are the kids going to be playing with this summer? Good stuff, people, good stuff!

If you’ve been around for a while, you’ll know the kids love the Zoom Rockets from last summer. Well, this year, there’s been an upgrade. The X6 Zoom Rocket™ has an auto-rotating, multi-launcing Zoom Rocket experience for the kids. There’s six rockets, and the launcher for $24.99. If you’ve got enough “stomp” in you, those rockets can fly up to 100 feet in the air. My kids are tiny, so they go high, but not as high as 100 feet. Our only issue with this toy? The auto-rotating function wasn’t seamless. We had some hiccups with one not advancing, no matter what the kids did, every time they got to one particular rocket, it wouldn’t advance automatically and one of us would have to manually adjust it. Minor issue, because the kids love these things. 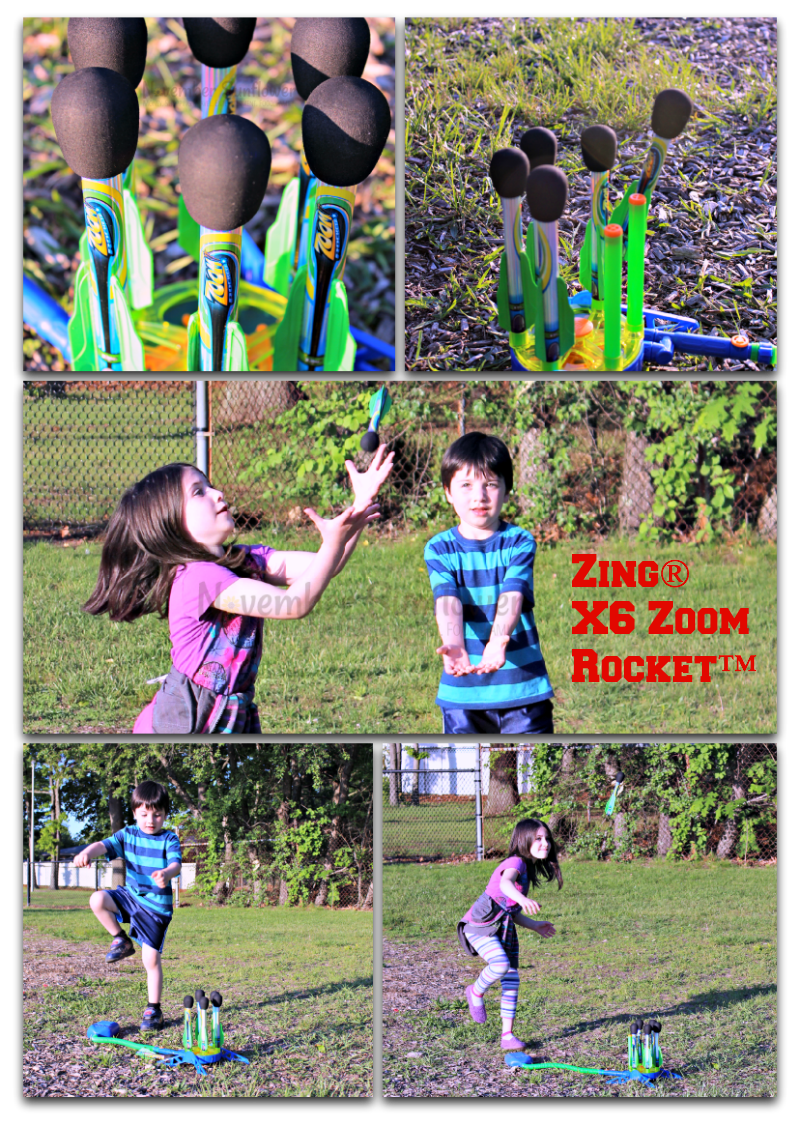 The Boy fell in love with the Sky Gliderz™. These little planes are made of foam, and if you adjust the tails on them a little bit, you can get them to loop and glide all over the place. Once we opened these up, The Boy wasn’t big on the whole “sharing is caring” mantra we try to instill in the kids. Thankfully, Little Miss is a bit more laid back, and let her little brother have his fun with these! It looks like I’ll be heading to Walmart, or Target, to pick up another set of these for her to be able to use. It’s a fantastic price of $14.99, so it won’t break the bank!

The low price also helps parents to feel better when the little flaps fall off of the gliderz. The Boy didn’t realize one of the flaps had fallen off, which was why the plane kept veering off to one side. We ended up finding it, and the husband will have to glue it back onto the plane, but the package comes with two planes, so it all ended up fine. 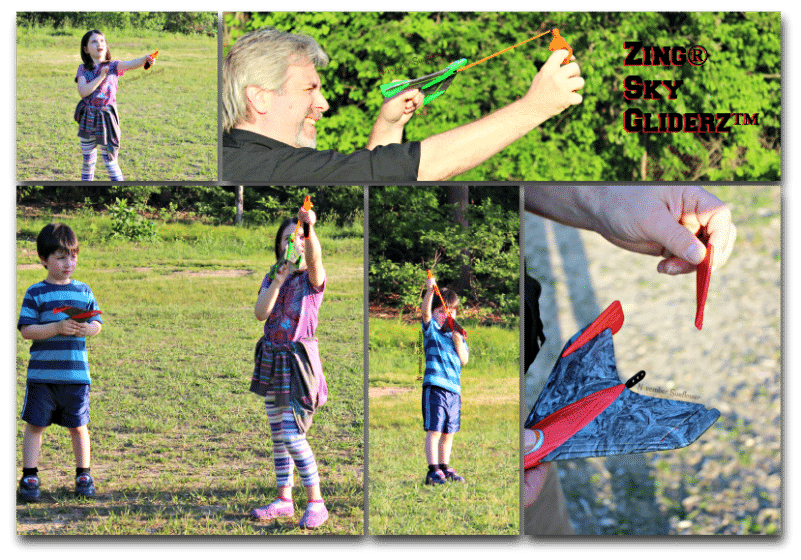 Finally, Little Miss took to the Zano Bow™. To be totally honest, it might have been because she didn’t want to fight with her brother over the aforementioned Sky Gliderz™. However, since she loves to shoot things and totally loves her Air Huntress she got last summer, I wasn’t surprised she picked up the Zano Bow™ and didn’t want to share it with her father. It’s sort of a small bow and arrow, and perfect for inside, or outside play. I can totally see my husband bringing this to work to harass his co-workers…..it’s small enough to hide in a desk drawer. These are for kids ages four years old and up, so you know, it’s perfect for husbands…..KIDDING FELLAS. The price is awesome at $11.99, but you can only get them at Amazon.com right now. It’s the only downer: not being able to head to the store to pick it up as a last minute toy on a summer day. 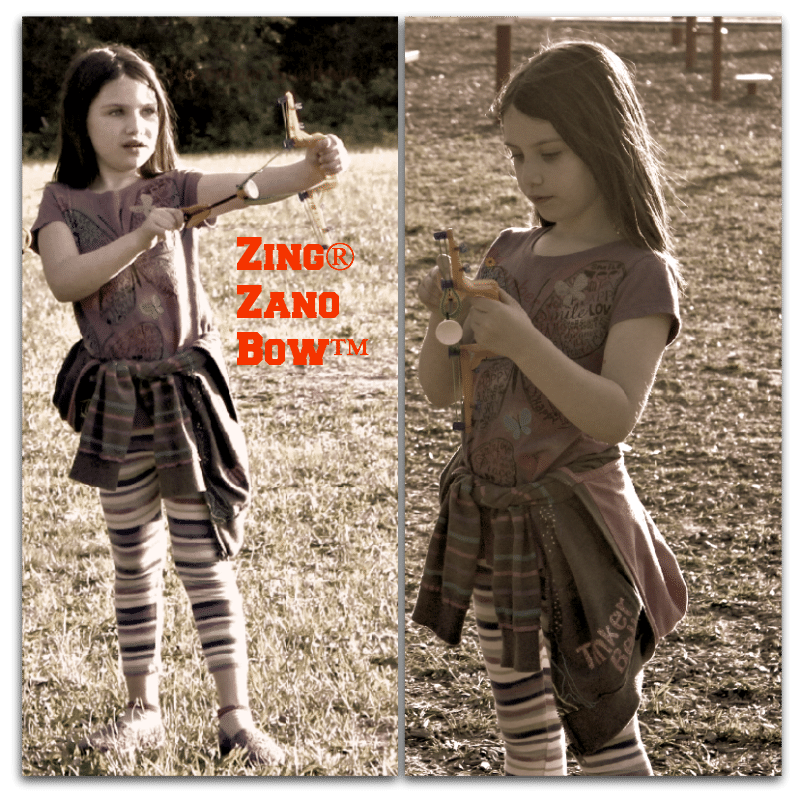 Hog Wild® helps get kids off the couch this summer, too

Did you think we were done? Technically, we’re done with Zing®. However, we’re not done with everything! Hog Wild® came out with a fantastic toy for kids called the Shield Popper. It says it’s for ages 4 and older. I find that hard to believe, because it’s a little hard to hold up the shield, and shoot the foam balls out of the ball blaster. I’d say a bit older on this one, unless your kid is a bit stronger and super coordinated. If I’m spending $19.99 on a toy, I’m someone who wants the kids to not get totally frustrated with the toy!

The Shield Popper allows kids to protect themselves from any attack, but also shoot foam balls out of the shield to be on the offensive, too! If you’ve got boys who love to play with any kind of foam, or arrow, shooting toys – you’ll want to get this shield for the one kid who always ends up getting hammered! He’ll thank you after every battle! 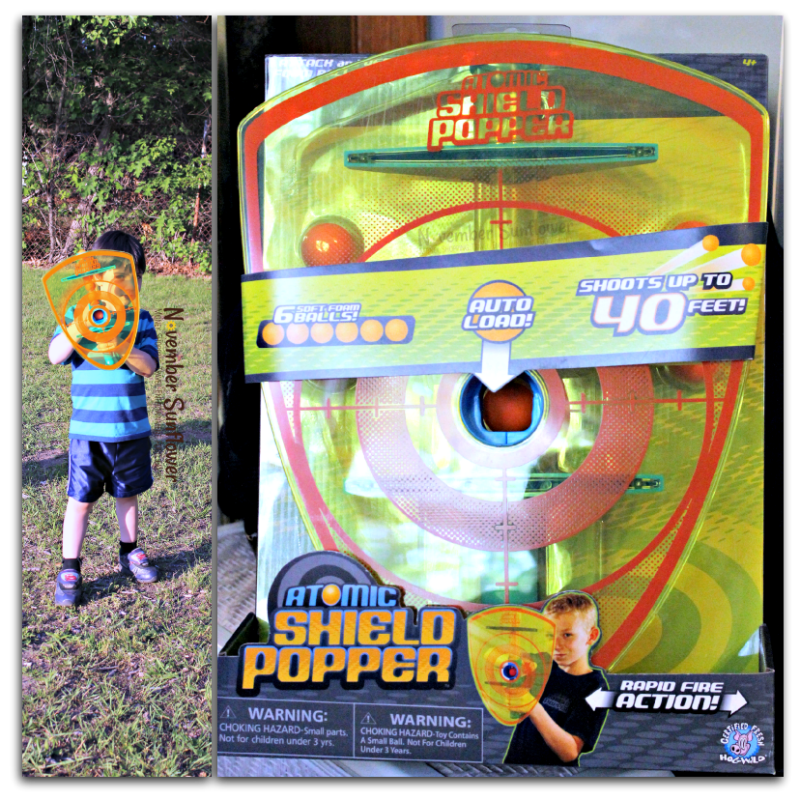 Everything gets two thumbs up. Great price points. It’s going to be a good summer to get kids off the couch!