GoodNites means not being embarrassed

This is a Sponsored post written by me on behalf of GoodNites for SocialSpark. All opinions are 100% mine.

When you’ve got kids, you always imagine they’ll do everything they’re suppose to do at the appropriate time…you know, when all their friends are doing it, too. However, you quickly learn, all kids are different, and sometimes, it’s just a matter of waiting it out. Kids have their own timetables. Especially when it comes to potty training!

Honestly, by the age of 4, I thought my son would be able to sleep overnight without having bed-wetting issues. I’m not sure why I thought this, since his own pediatrician told me his bladder just isn’t developed enough to truly have him sleep through the night and stay dry. Especially since he was such a sound sleeper. The doctor told me “give it time, it’ll happen, there’s nothing wrong with him, he’s just a great sleeper.”

My son, almost 5 years old and ready to start Kindergarten, was going to be in some kind of overnight absorbent underwear…..and we had to be okay with it. The Boy was fine, but he wasn’t when he had little friends over, or we had to take him out while he had his PJs on. You could hear the plastic sound, you know the one? As if he was wearing diapers…..and they were so bulky!

What to do? Well, put as simply as possible, GoodNites was our answer. 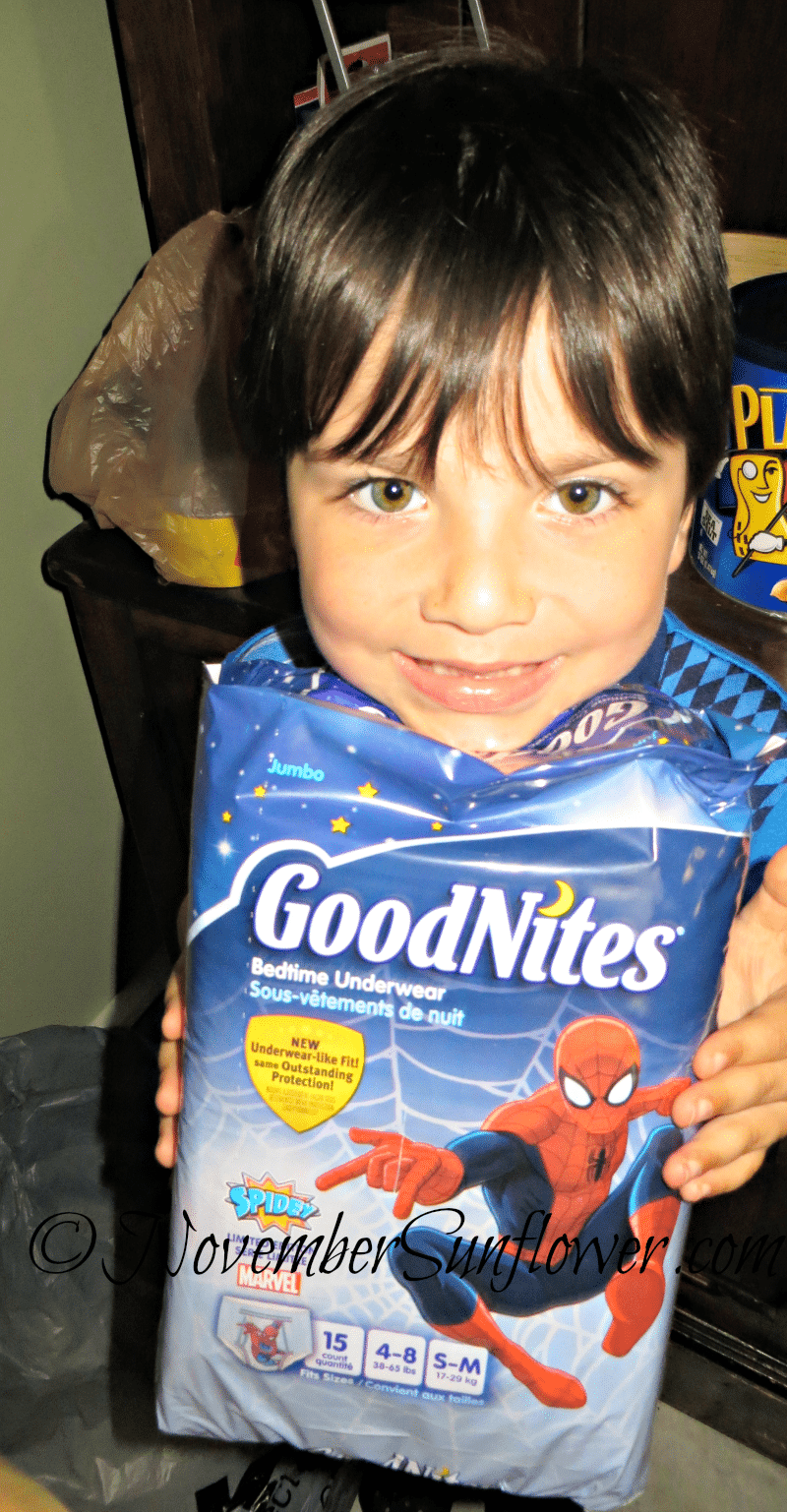 The dry night 3-day challenge wearing GoodNites didn’t work for us, but we knew that it wouldn’t. I mean, it’s a great challenge, which you can check out and use the code 8675 to enter via the GoodNites Facebook page. We just wanted night time underwear that wouldn’t “sound” or “look” like a plastic diaper! 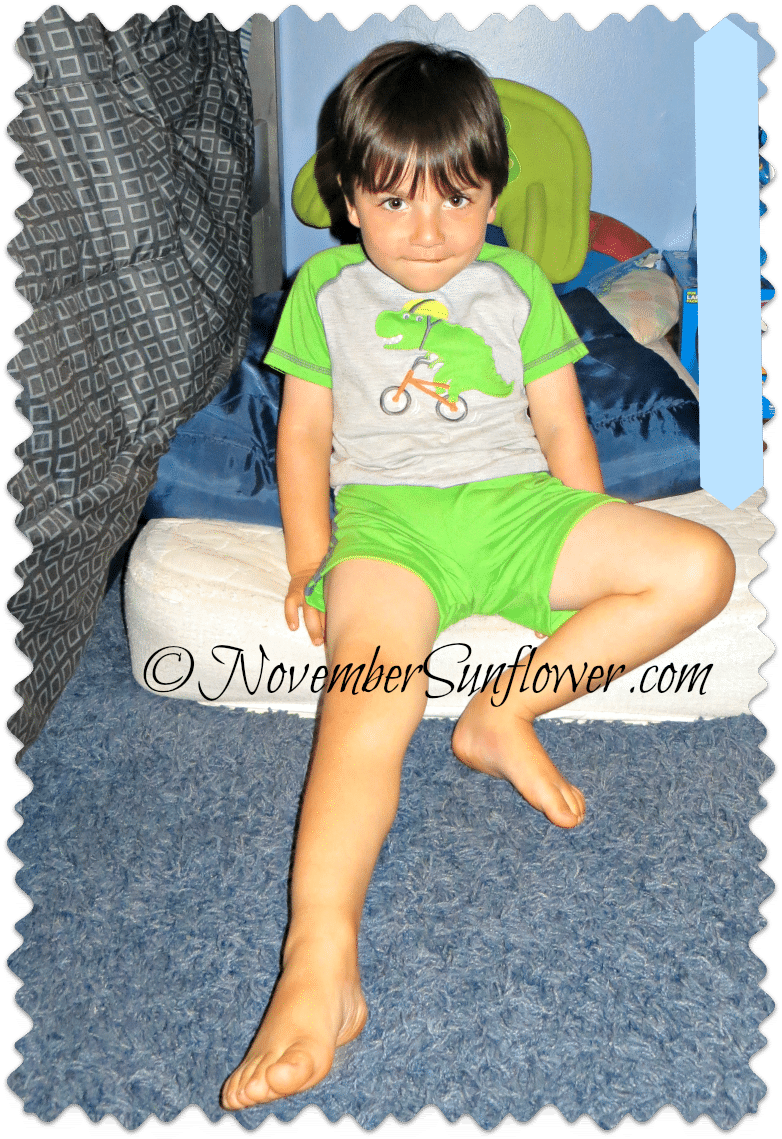 It worked, big time. He was even able to wear them to a library program at our local library! He had to wear PJs to the event, where he got to make, and eat, BLUE pancakes. It was at night, so in case he fell asleep in the car on the way home, he had his GoodNites on, but you’d never know it. They were QUIET, and looked like he was wearing regular underwear! 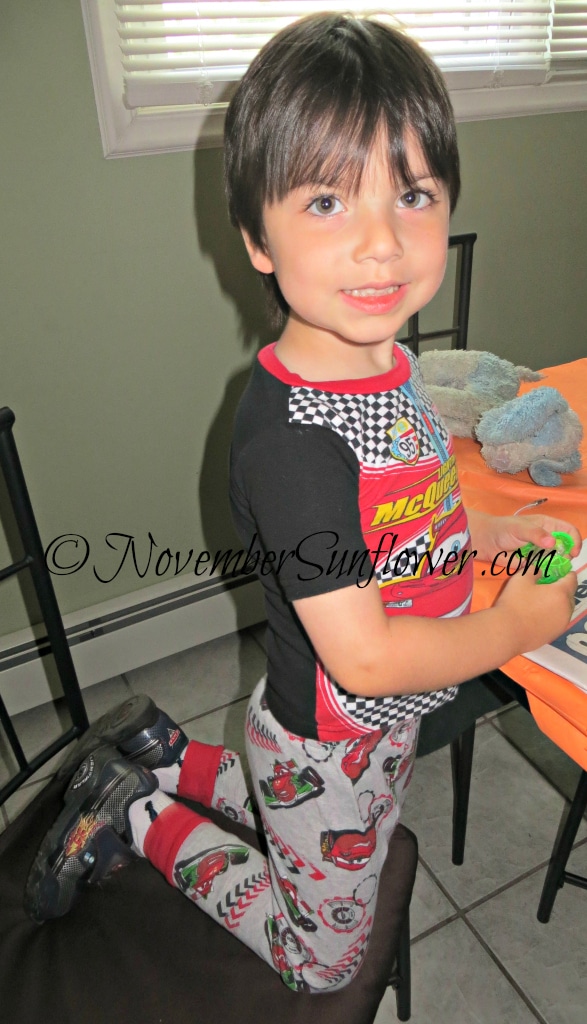