It’s LeapFrog for the win

My veins turned to ice when my son showed me his dead tablet. It’d been dying a slow death for months. Mr. Sunflower tried to save it with a new battery, but it only helped keep it alive for a few extra weeks. Once the battery died, he plugged it into the wall and continued playing. Yet again, that stopped working. It was officially down for the count, and we were leaving for Orlando in just a couple of weeks. The fear set in: what the hell was this kid going to play with for our flight? Then a miracle happened. LeapFrog sent me a welcome package! And it’s LeapFrog for the win! 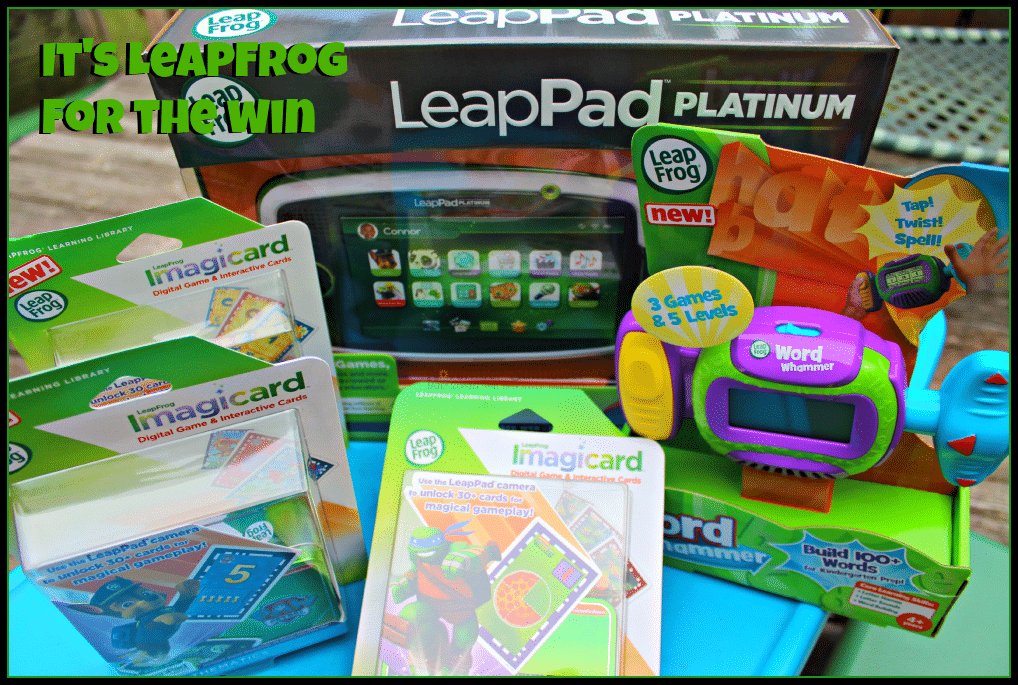 It’s LeapFrog for the win

Say what you want about me as a parent, but there’s no way I was going to deal with my son for a two and half hour flight without a tablet. I wanted to be sure he was still alive when we landed, you know? He’s normally super cute, and makes me laugh all the time, so he’s definitely a keeper. However, without something to distract him from take-off and landings, as well as waiting around a boring airport, a tablet was necessary. I kept looking through sales flyers, and going through my gift cards, just to see if I could cover a new tablet. Thankfully, a box landed on my doorstep the day before we were leaving! I opened the box, unpacked all the stuff, and saw the LeapFrog LeapPad Platinum at the bottom of the box.

Peace returned to my life. I heard beautiful music in my head as I pulled it out, and set it upon the table. Oh yes, it’s LeapFrog for the win. Now, do or die time. Would he love it, or  leave it? I turned around, called the kids into the kitchen, and presented them with all the goodies. The Boy looked at me, grabbed the box with the LeapPad Platinum in it. A huge smile appeared on his face and asked “is this for me?” 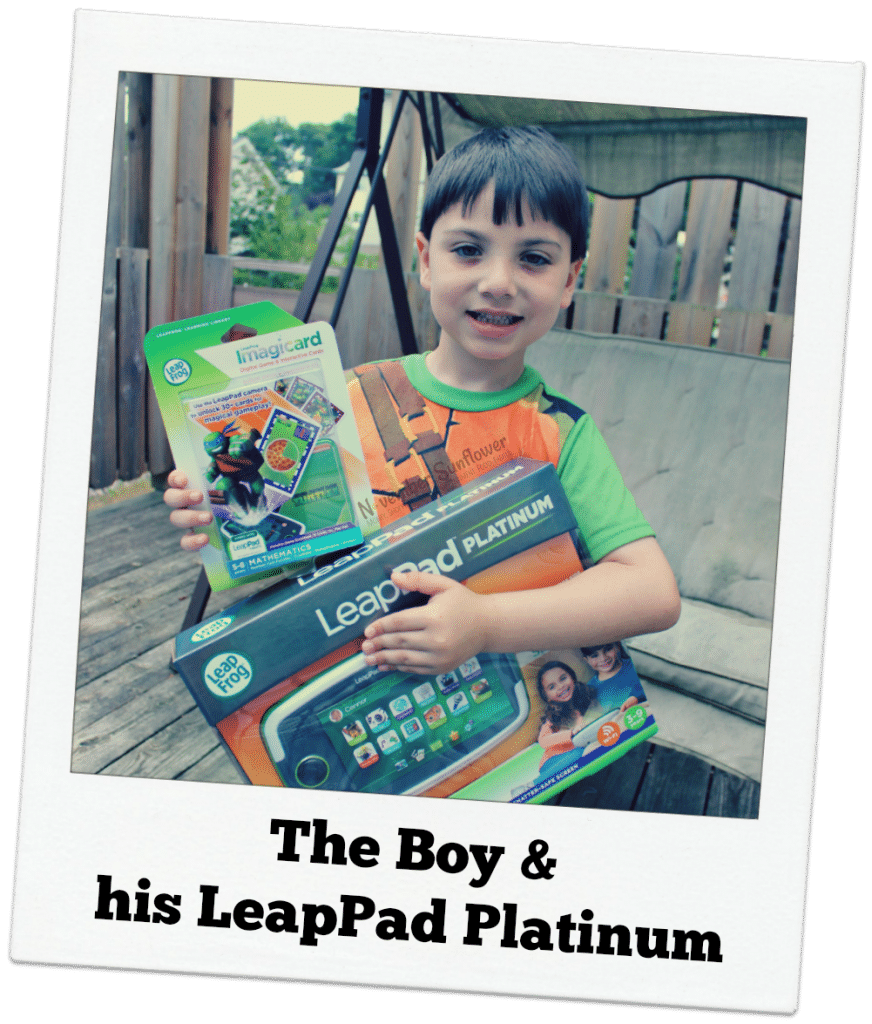 HELL YES it’s for you, kid. I set it up for BOTH kids, and made sure Little Miss understood this one was mostly for the little man. Off they went with the LeapPad and the Teenage Mutant Ninja Turtles Imagicard learning game. My veins returned to normal temperature, my stress level decreased, and life was good. Then the fighting started, because, of course, Little Miss wanted to play and The Boy was not having it “you have your own TABLET, this one is mine!!!!!”

Needless to say, we had a little chat about sharing. I also reminded Little Miss she needed to lay off a little bit FOR NOW, since she had her tablet and this one was really going to be more his, than hers. Attitudes adjusted; happiness restored in the Sunflower home.

If you’re not familiar with flying, normally people need to arrive at the airport two hours prior to departure time. We live near a smaller airport, and truly, there’s no reason to get there two hours prior to the flight boarding time! We zip through security super fast, and it’s not hard to find the gate. However, we do have to find parking, so we try to get there about an hour ahead of time. Which means we have close to an hour of WAITING. Yes, that’s how fast we get to the gate.

LeapPad Platinum kept The Boy distracted, which meant not having any whining! Score for mom, dad, and Little Miss. Guess what? The non-whining continued throughout the flight. More importantly, it kept him distracted while we took off, and landed. His ears seem to give him a lot of issues during landing, but without him focused on his ears, and completely absorbed in his games on the tablet, he was the best he’s ever been on a plane!

The screen is 7″, so it’s perfect for The Boy and for me, I love all the parental controls! Plus, I can have both kids set up with different levels of learning on the same tablet. They were able to share it throughout the trip, but Little Miss was very good about allowing her brother more time on it, especially during our flight. We couldn’t be happier with our Platinum! The videos they’ve been making are super cute, too.