My Loving Memories captured in a customized ring

Disclosure: This is a sponsored post written by me on behalf of Creation Source for TheBloggerConnection.com. All opinions are 100 percent mine! 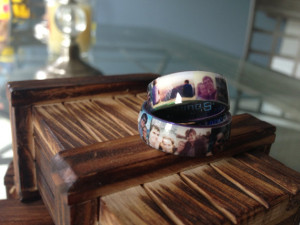 I’ve got lots of memories. Along with those memories, you know I’ve got a ton of pictures. The photos surround me in every room of my home, they’re on my phone, and tablet, and I’ve got so many photo books I’ve been told I’ve got an obsession. However, what was missing? Having something I could wear, other than a silly t-shirt, with my memories on it. Well, now I’ve found the answer. My loving memories captured in a customized ring! Hand-picked photos right on my very own personalized ring.

Taking pictures was never something I felt I was very good at. I also hated having photos taken of me. I kind of still hate that part, but as I’ve gotten older, I’ve gotten better with having photos taken of me. Now my kids? They’re little hams most of the time. The camera comes out and BA-BAM, they’re striking a pose! When my daughter was born, I still wasn’t great with photo taking, and I relied a lot on my family to send me the ones they took of her. As she grew older, and we were given a camera of our own……I began to really enjoy capturing images of her. Then The Boy came, and he was documented like crazy for his first few years!

Am I the best photographer out there? No. However, with cameras today, I don’t have to be. Plus, Photoshop is an amazing program! Even the worst photos can be saved. My favorite photos of the kids are a-plenty. Choosing just 8 photos was difficult, and man did it bring me down memory lane BIG TIME.

How did I choose the 8 photos for My Loving Memories captured customized ring?

It wasn’t easy to choose just eight photos of my #LovingMemories, I can tell you that much. However, there were 8 that stood out in my mind above the rest of the clutter…… 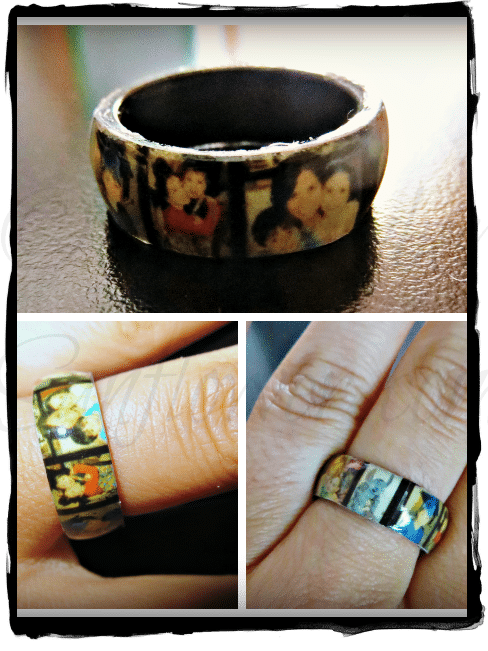 I’ve been following Creation Source on Twitter, and there’s always happy people shouting their praises, and I’m sure I’ll be one of them! Is the ring perfect? No. It’s hand made and each one will have little nicks, and things of that nature. Is it high end platinum, gold, or silver? No, it’s made out of metal and jewelers resin.

I did have the choice of getting them in color, or in black and white. I chose color. In the future, I might just test out one that’s done in Black & White, with 8 new photos! Memories don’t just stop getting captured on film, right?!!!