Honestly, video games are something that are still relatively new to me. My nephews play all kinds of games on their various consoles. In our house, there’s still an original Wii. Nope, not the most recent WiiU. It’s just the Wii. Our most up-to-date gaming system? Both kids have Nintendo 3DS handhelds. Anything we get, game wise, is on the DS. My kids play on game consoles at friend’s houses, or at their cousin’s house. Skylanders SuperChargers might just be the reason we get a much more current game console in our house. It’s really hypnotic, and sucks you right into the screen. Especially if you’ve a nice flat screen tv to play it on!

I love learning something new every day. While lunching with Skylanders, I learned that the game is available on the iPad. HOLD UP. Say what now? A video game that’s known for amazing graphics, and is played on game consoles, went and made a version for the iPad? How did I not know this information? I was glad I wasn’t the only one, though. I feel like that should be a factoid being shared more often, and with bigger hoopla surrounding it. I’m just saying. It could pull in a whole bunch of us who want to play, but can’t invest in a new console. Right? I’m right, aren’t I?

Let’s get to what’s truly important. Skylanders has once again improved the game. How is that even possible, after coming up with ways to swap the figures and make new characters in the game? Well, well, well….you’re in for quite a treat. SuperChargers is totally the next big thing.

Remember when fast food places would ask if you wanted to Super Size your order? Bigger fries. Bigger drinks. Bigger was better, at least that’s what we thought. Well, now think SUPERCHARGE and think video games. What in the world could make a game “that much better?” Basically, super sizing it. Only now, we’re going to refer to it as SuperChargers. What the heck are SuperChargers? Get ready, you’re not going to believe it!

Skylanders SuperChargers bring the action into the game through their vehicles-to-life. Oh yes, land, sea and air, are more exciting than ever!!!! Now gamers will be able to explore deep under the sea, all through the mountains and of course, the blue skies, within the Skylanders world. All kids need is SuperChargers and they’ll be able to enter these amazing new places via the Portal of Power®. How can anyone resist the Portal of Power®?????

Are you intrigued? Good! The bad news? You have to wait to experience it all until September 20, 2015.

Don’t shoot the messenger, though. I’m just a vessel for the information to get to you, I promise, I have no influence on when Skylanders SuperChargers come out. I just got to check them out, plus see how the three new vehicles interact in the game. Here’s the news from a non-gamer: it’s <potty mouth word here> cool as poop! The graphics are insane.

Do you want to meet a few of the new SuperChargers vehicles? Allow me to introduce them….

My personal favorite, because how can you not love a name like DIVE BOMBER? 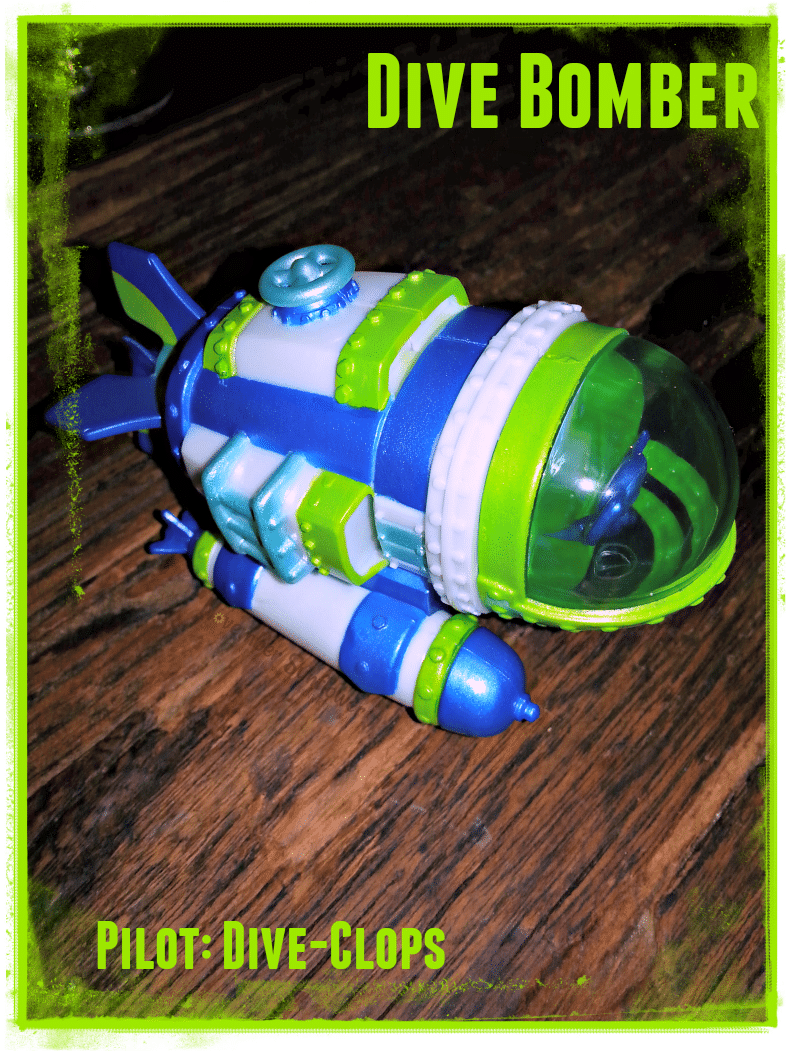 Dive Bomber is all about the sea. Sea is its “element,” and it’s matched up with Dive-Clops as the signature pilot. In “real life” the vehicle has little propellers that spin, so it’s something kids can kind of play with outside of the game. So cute.

Next on the list is Sky Slicer. Stormblade is the signature character that pilots this one in the air within the Skylanders game. Check it out. 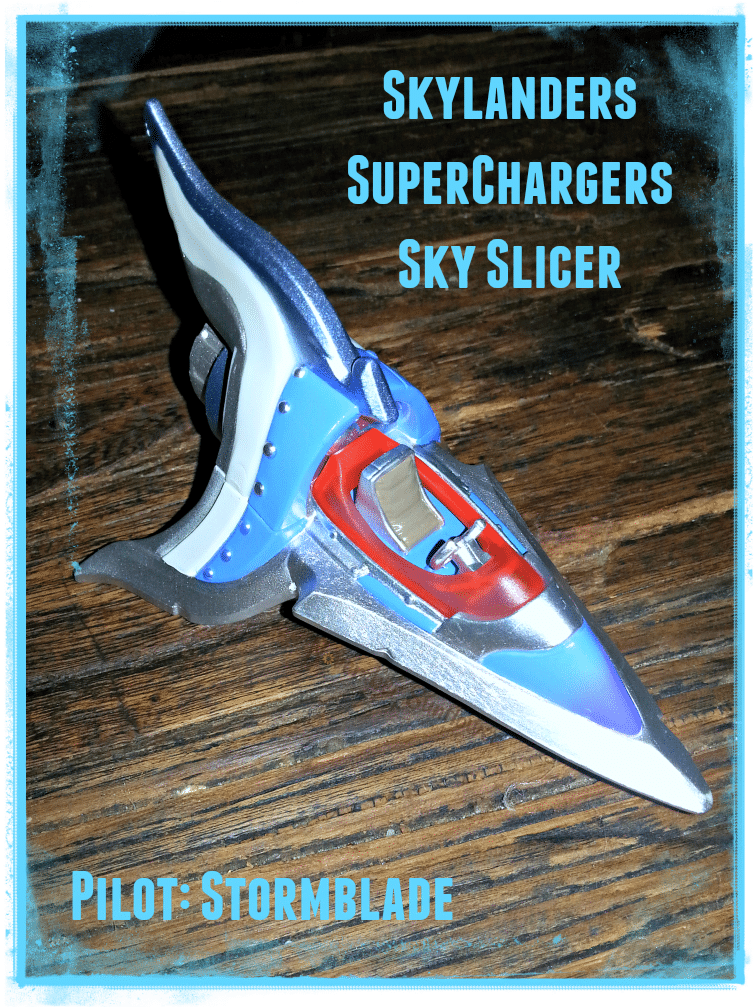 Now, for the element of land there’s Hot Streak. It’s probably the coolest looking of all the new vehicles. The wheels get me every time, and I kind of adore the signature driver of this one: Spitfire. Seriously, who can’t embrace a vehicle named Hot Streak driven by a character named Spitfire? It’s just too awesome. I have to show you both of them, together. What a team these two will make! 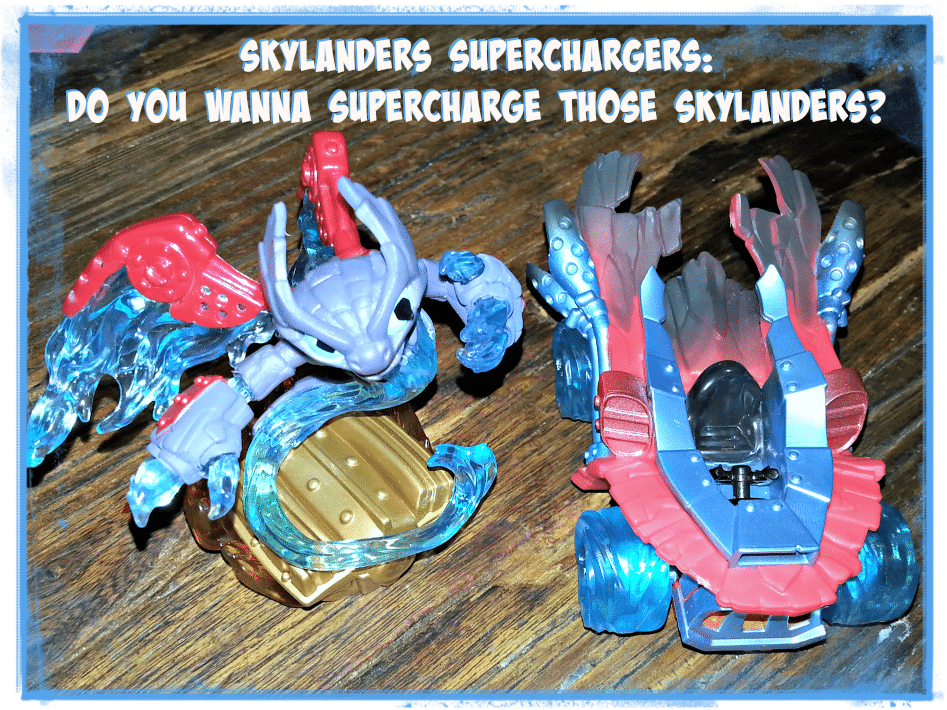 How does all of this work on Skylanders?

Usually when a new game comes out, old characters can’t play within the game and be just as awesome. Not the case for Skylanders SuperChargers. Any character can drive, fly, or pilot the three vehicles. HOWEVER, only the SuperCharger characters that are designated “pilots” of the vehicle, can SuperCharge the vehicles.

If you want the exclusive mods to enhance the vehicle, and the character, you’ve got to match up the Skylanders SuperChargers characters with their specific vehicles. Each character will be sold for $12.99, and the vehicles will be $14.99. Seeing the price tags for these kind of excites me. Starter packs, which include a set that includes one SuperChargers character and the vehicle it pilots, will be $74.99 for consoles, but for the Nintendo 3DS, it’ll be $64.99.

Twenty new SuperChargers will be introduced in September, so get ready. It’s going to be a hot seller, and I’m sure every kid will want these for holiday gifts! Stay on top of the release date, and get yours for the holidays!

Thanks to Momtrends for hosting the amazing Skylanders lunch, where I was introduced to all of the newest greatness Skylanders SuperChargers will bring into the world in September! #MTSkylanders