Smartwatch for kids from VTech

Disclosure: The VTech smartwatch for kids product, gift card, information, and additional gift pack have been provided by VTech.

If you want to see a little boy happier than a pig in poop, get him the new smartwatch for kids from VTech. His favorite part of the watch? Being able to record his voice while he’s singing crazy songs about his daddy snoring. It’s priceless to listen to. When the VTech Kidizoom smartwatch arrived, I took it out of the box and within minutes my sons dirty little hands were all over it. My first picture of the watch, you can see his fingerprints all over it. It’s the mark of The Boy, and it had to be shown! It’s his “stamp of approval.” 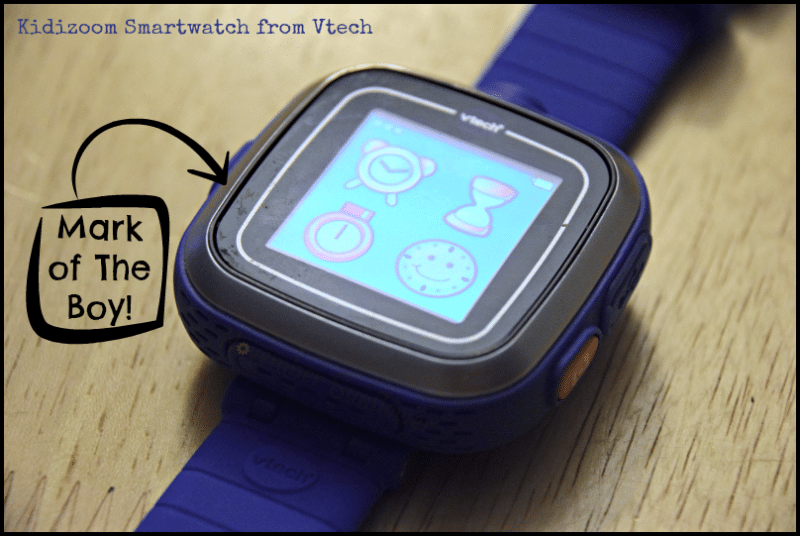 In school, the kids learn how to tell time for a few days. It’s not a top priority to learn this skill….sad, but true. At home we spend a lot of time trying to teach the kids how to tell time, along with how to count back change. My two biggest pet peeves in life are when people can’t tell time, and when they cannot count back change. Seriously, these are two skills children should learn from an early age. Phew. Glad I got that off my chest.

In any event, The Boy, while learning to tell time, wanted a cool watch. He got one about a year ago, but it lost it’s luster after a bit. It wasn’t super fun to play with, it just projected some turtle action on the wall. During the day, it wasn’t much fun. At night, he wasn’t allowed to do it from bed. He lost interest in that watch rather quickly.

Well, to put it mildly, when the Vtech Kidizoom Smartwatch came into the house, he circled that box like a cheetah hunting his prey. “Can we open the box, PLEEEEEASE. It has to be for me, right?” I have to admit, I tortured him a couple of days. Hey, it’s my right as a parent. Pay back for many things he does to me on a regular basis!

Finally, when I released the watch from the box, he had mucked it up with his grubby fingers and was tortured again when I told him it had to be charged before he could really get into all the fun! HA-HA. As soon as he went to bed, it was done charging. He was tortured some more. Man those were some fun times!

Of course, in the morning, I was awakened by his little voice asking “Is it time yet?” I smiled and told him to get it. I’ll set it up for him. Within minutes I had the date and time set up, and he was recording his voice, snapping photos, playing the games and playing with the sounds effects on the voice recordings he was doing. He’s only taken it off for showers, and pool time. If the thing was waterproof, not just splash and sweat proof, he’d wear it 24/7.

The morning after he got to open it, and start using it, I heard this noise. Now, the hubby had left for work, and it was just me in bed. Or so I thought. I kept hearing this noise. I sat up and realized my son had crawled into bed after my husband had left for work. He was making this odd noise. The way he was laying, it was on top of his arm that was wearing the watch. I pulled his arm out, and saw that somehow, my son had figured out how to set an alarm on the Kidizoom. He groggily looked at me and said “It’s my alarm. Shut it off.” So I did, and he went right back to sleep.

It’s when I realized this watch was absolutely fabulous. Sure it has gadgets, and fun stuff to do, but even better is it’s COMFORTABLE for kids to wear. The material of the band is great, and adjusts easily, like a regular watch for an adult. It’s not itchy, and it doesn’t cause him to sweat and cause a rash. The Boy has super sensitive skin, and this band hasn’t caused him any issues. SWEAT LORD ABOVE, thank you! We’ve got a winner, folks. 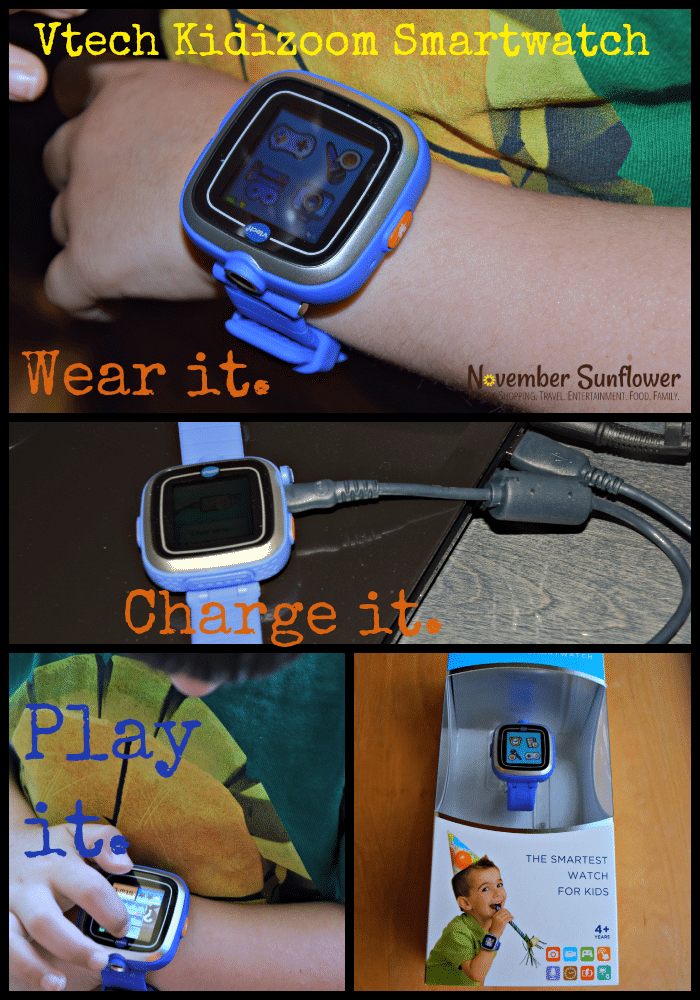 Special note: All photos within this post were taken with the Nikon D3300, using the AF-S DX Nikkor 18-300mm f/3.5 – 6.3G ED VR lens. Visit Nikon to check out the full line of Nikon Cameras and lenses.