Do you know what kind of torture takes place when your own daughter has skin issues? Growing up, I always had fairly nice skin. It wasn’t until I was in my 30s that acne hit me. The rest of me has always been fairly beautiful, too. Sure, the occasional dry skin during the winter months, but overall, not a lot of big issues. My big issue was always my weight. Watching my daughter have to deal with horrible skin is upsetting, because she’s only 7 years old. Who wants to deal with strange skin issues at seven? I know I wouldn’t. Now I didn’t mind it as much when it was just on the backs of her arms, and legs. However, it started to move to her face….and the last thing I want is her dealing with mean girls. I needed to find a simple solution for chicken skin problems, but nothing seemed to work. 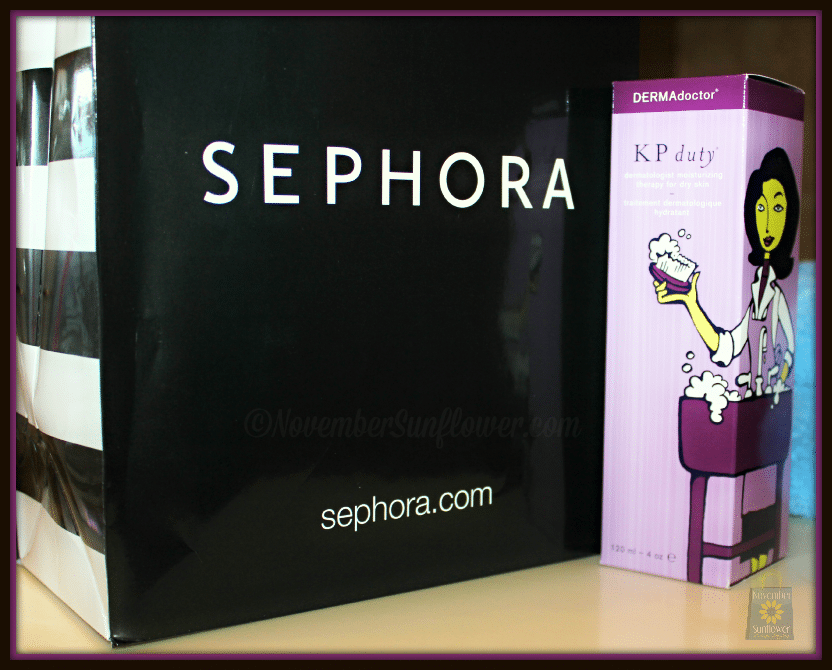 What is Chicken Skin?

I had never heard of chicken skin before. These bumps that appeared on my daughter’s arms and legs were bizarre, and then they started showing up on her face, and then son’s body. The stupid pediatrician kept telling me, at every check-up, I needed to use lotion on the kids.

Really? You think I need to use lotion on my kids’ skin, do you? Was he on drugs? Did he think I was just ignoring the issue, and letting them suffer? Give me a real solution you putz.

He never could give me any help, so I had to figure out what the hell to do on my own. So, with fun Google searches about “chicken skin,” I started tracking down answers. They weren’t always great answers, but at least they were better than “You need to use lotion on your kids’ skin.”

What’s chicken skin you ask? It’s official name is Keratosis Pilaris. Basically, the body produces extra keratin. The extra keratin causes hard little plugs around hair follicles. My daughter has Keratosis Pilaris Rubra, which means she’s got this lovely redness that goes along with the bumps. My son, he just has the regular alba one, where he has the bumps, but hardly has any redness. Goodie for both, right? I also found out it’s hereditary. WHAT? I didn’t have it, my husband didn’t have it, where the hell did this crap come from?

I found out, my sister suffers from it. Awesome. It’s somewhere in our bloodline. My kids were saddled with this fun little skin dilemma. Fun! I was just glad they didn’t have any kind of food allergies. There was a sense of relief when I found out what the actual issue was, and that my kids weren’t allergic to some common food. However, I still had to find an answer to this problem!

I asked the kids if it hurts at all. Both of them say it doesn’t hurt. It’s just itchy sometimes. We found that it’s worse in the winter, and this last winter it started to spread to my daughter’s face. She’s seven, so it’s not a huge body issue right now. However, I wanted to find ways of helping her NOW, so when she’s older and facing these issues as a pre-teen and teenager, we’d have solutions in place for her. Kids, especially girls, can be cruel. My daughter isn’t cruel by nature, but many are just naturally nasty and being a girl who had to handle a lot of nasty crap growing up from the children who were suppose to be her friends, I just didn’t want my own kid going through all of that nonsense because of her silly skin issues.

I searched the internet for a couple of years, going through a ton of products to see what would help her. Around here we try to be as natural, and organic as we possibly can, but sometimes you have to accept these things aren’t working. When it starts to spread to your daughter’s face, it’s time to figure something else out that will actually work. In a last ditch effort, I went to Sephora and asked if they had anything to help with chicken skin issues.

First, Sephora stores are overwhelming when you first walk in. I’m not in the store often, as a matter of fact, I’ve only been in one other one in New York City. It was for an event, so it wasn’t like I had to find something to purchase. However, when I walked into my local one, I was completely overwhelmed as I walked through the store hunting for a solution for chicken skin. The great thing? It took just four minutes for a Sephora employee to come over and help me. I’m not sure if she recognized how scared I looked, or it’s just the way they do things at that store. Either way, KUDOS to Sephora for excellent customer service.

Second, the ladies at my local Sephora were amazing. All of the women at Sephora were on the case, helping me figure out what the best thing would be for my daughter, and my son. One was with me, another was on the headset talking to her to help us out, and then a third one came out of nowhere to help. I felt very “helped” without feeling like I was being “sold to.”

Finally, the ladies seemed to truly feel my pain, and frustration, and total helplessness I had where this chicken skin was concerned. They asked to see my daughter’s picture, and commented on what a beauty she was. It was just really amazing to have people who wanted to help find a solution for chicken skin for my baby girl, and the little monkey, too. The woman who first approached me asked me to bring my daughter to the store after we’d used the product, just to meet her and see if Little Miss liked the product.

These ladies found me a couple of products. They recommended two, and told me to try one for thirty days and if it didn’t work, try the other one for 30 days. Skin needs that long to really heal.

Did we find the solution for chicken skin

Our magical find was KP Duty Moisturizing Therapy. It’s formulated for Keratosis Pilaris, or chicken skin. A woman created it for the sole purpose of being a solution for chicken skin. The associate brought me over to a screen and pulled up all the reviews on the Sephora website. I have to be honest, there were a lot of mixed reviews. However, being someone in the health industry I know that not everything works for everyone. I like to try things out, and see what the deal is before I make my recommendations. It’s $38.00 for four ounces. Unfortunately, Amazon really doesn’t have much better pricing on this one right now.

After 30 days, we’ve stuck with KP Duty Moisturizing Therapy for my Little Miss. We noticed a difference on her arms in less than two weeks, but her face isn’t getting better. I’ll have to find something else for her face that’s dedicated to facial skin. It is different, so it’s no surprise I’ll have to find something more specifically formulated for the face. No problem, we’ll figure it out at Sephora, I’m sure.

I’ll be honest, I think the product works, but I think it’s overpriced. I’ve been hunting again on Amazon.com, and found a few items I’d like to give a try to see if they work just as well, and won’t run me such a high price!

KP Duty has a really nice scent. It’s not overpowering, and it’s not too flowery. It’s not greasy, instead it’s super lightweight. Even though it is pricy, you don’t need to use a ton of it. I’ve been using an eraser head sized amount on each of my daughter’s arms once per day. We started out with twice a day, saw improvement and dropped it to once per day and it still improved, so we stuck with once a day. It seems to be great when we do it at night, so she’s got it working while she’s sleeping.

Our plan is to start using it on the backs of her legs twice a day, to see if it improves anything in that area. If it does, we’ll do the same thing, drop it to once per day.

All-in-all, I’m happy we found a solution for chicken skin problems! The more we use it, and keep doing it at least once per day, the better her skin looks. The redness has gone down a lot, and so has the actual bumps. Let’s hope the continued use of it gives us even better results! 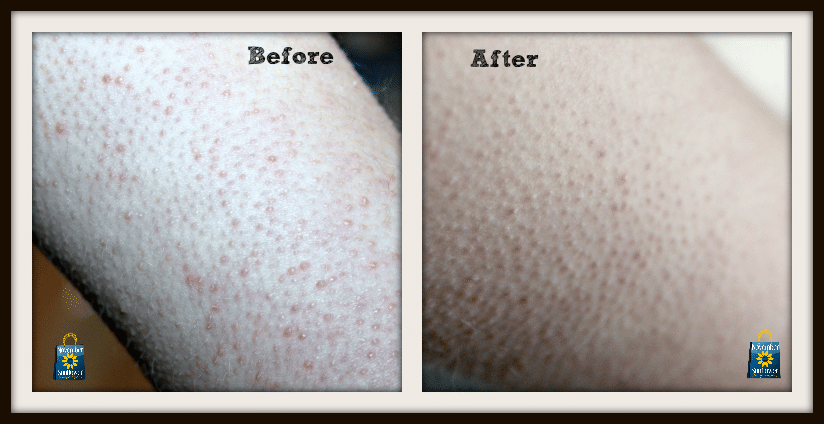