Playmates Toys is one of the MANY companies coming out with Nickelodeon’s Teenage Mutant Ninja Turtles toys. Luckily, all of the ones I’m showing off to you in this post are all out in stores now!

As a kid I loved the Turtles. I thought the movie was great. I even had a few toys. I know, I’m strange. But as soon as I heard the girl’s name was April……the month I was born in. Well, I just had to fall in love!

Plus, who the heck doesn’t love a foursome of turtles who eat Pepperoni Pizza, and have a Rat for a guru? Plus, the cool gadgets they got to fling around….it’s just fun!

Right now, you can get a few really cute new toys for the kids. Or, if you’re a fan, get them for yourself. No one is ever too old to play with killer toys! Especially when some of them launch projectiles out of their belts. 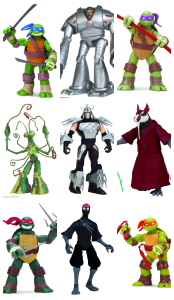 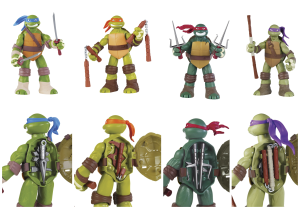 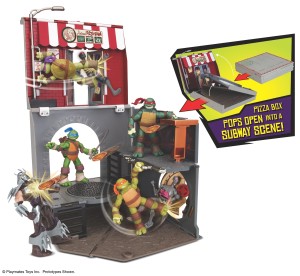 Summer vacation is upon us, now’s the time to stock up on some games, and toys to get them through the rainy days, so they aren’t in front of the TV, or on their electronic devices ALL DAY LONG! It’s a battle as parents, but if we can do the prep work, and break out some new stuff when the rain comes…..we’ll be ahead of the game!