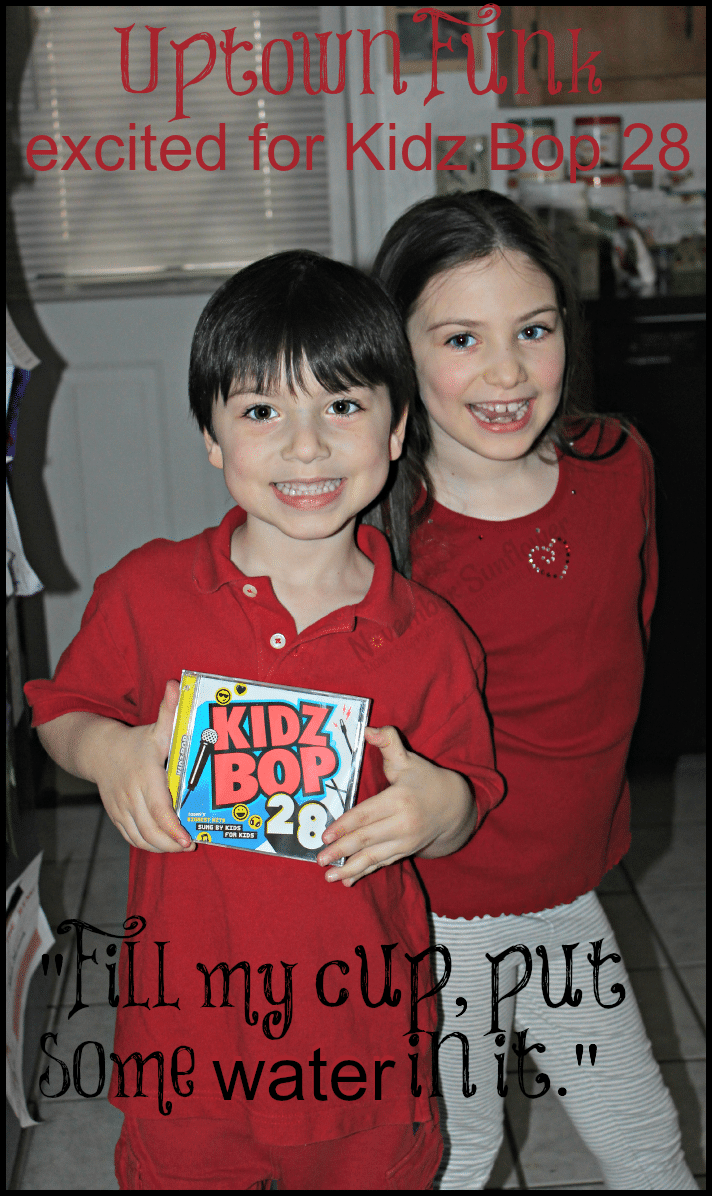 Music is probably the only thing in our family’s life that unites us in ways we can’t even understand. I’m not a musician, nor do I sing very well. However, there’s something about music that calms me, and it can change my mood in a millisecond. I can get into the car in a crappy mood, pop on the radio and Uptown Funk is playing and my mood is changed for the better. When the kids found out what songs were on the newest Kidz Bop album, they became Uptown Funk excited for Kidz Bop 28!

During my son’s latest belt test in Jiu Jitsu at his new dojo, we found out the kids do a short routine as part of their test. I’d never experienced a test at this new place, and he was the first one to be ready to earn the next belt. He went from his white belt, to a white with black tip. Sure he’d earned one at his last dojo, but this one was more special for him. The new dojo had taught him more in two months, than the five months he’d been at the old dojo.

When we got the sheet home letting us know he needed to bring music with him for his routine, I asked the owners about it. The Boy’s favorite song is Uptown Funk, but we don’t have it on a CD, and we don’t do the iTunes thing. The owners said no problem, we’ve got tons of music we pay to be able to use, and we’ll find him some Uptown Funk for sure!

Well, the day of the test, he did his routine to Uptown Funk, the original version, as we didn’t have our Kidz Bop 28 CD yet. I’d share it with you, but YouTube won’t let me….apparently since the music is in it, there are copyright issues. BUMMER. It’s a cute video, I wish I could show it all of you. But I can’t.

Are you over not being able to see it? I know, wipe the tears away and get focused!

When the kids found out the newest release of Kidz Bop was going to have Uptown Funk being sung by the Kidz Bop kids…. they were ecstatic. I was kind of excited, too. I wanted to find out how they “kid it up” from the radio version. As always, Kidz Bop 28 exceeded our expectations, and we’ve been listening to it on a loop since it arrived.

Fill my cup, put some water in it.

You have got to get your Kidz Bop 28

today, it’s probably one of my favorites so far from Kidz Bop!