Summer’s coming, so loading up on outdoor activities is only going to save your sanity. It’s sometimes worth spending a bit extra for a water toy for summer, along with tons of other toys and bathing suits!

Little Miss scored with her Nerf Rebelle Super Soaker Dolphina Bow. However, she’s also loving the water blaster meant for her little brother. As the summer progresses, as soon as everyone else sees this bad boy, he’s going to have to share it with everyone who visits our home. Well, after fighting with me to play with it. It’s pretty cool. I might have to run out and purchase another Tri Strike Crossbow. Fourth of July will be quite interesting with a couple of these bad boys around the yard!!! 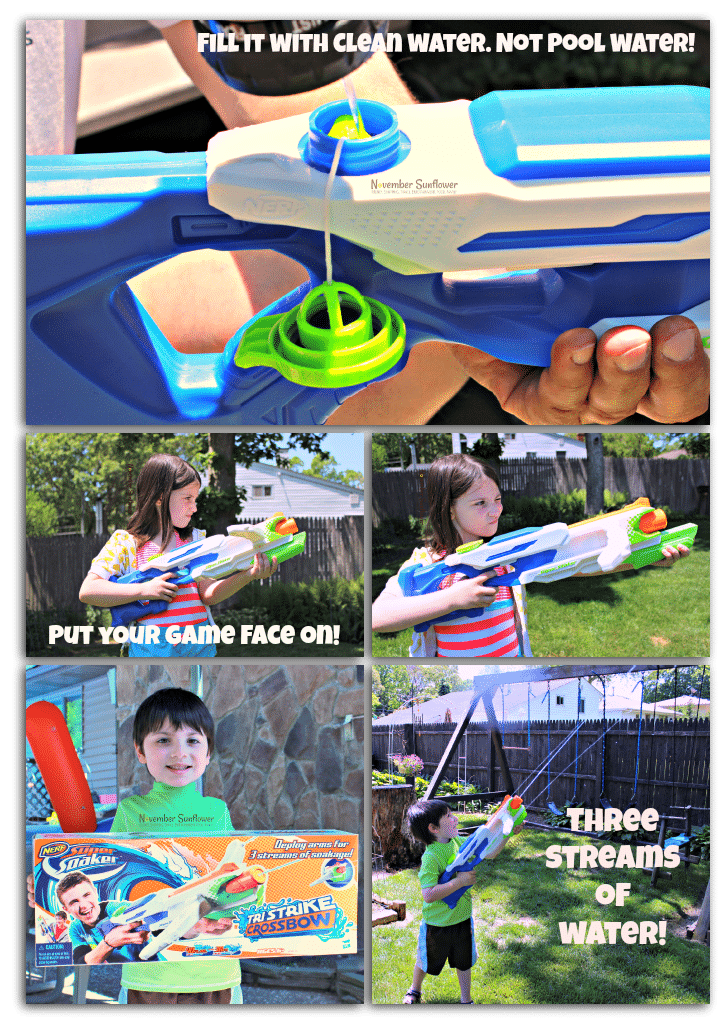 It’s sturdy, and my favorite part is the option to either have one super strong stream coming out of it, or switch it up and have three streams shooting out of it. A girl loves to have options with her water blaster. The Boy? He loved the three streams. He almost got a couple of birds, because the rule was this: no shooting at people who didn’t have bathing suits on. Normally, this would have offered him a larger crowd. On the particular day he was playing, it was just him and his sister wearing bathing suits and she had her Nerf Rebelle Super Soaker Dolphina Bow to protect herself, and attack him with.

The Boy took to trying to soak the birds in the trees, and a couple of squirrels that were high up in the trees, too. Little Miss loved the Tri Strike, too. Let’s just say her brother was soaked before he went into the pool…..and she was rather dry. The girl means business!

It’s our top water toy for summer, along with the Nerf Rebelle Little Miss has fallen in love with!