A night out with the ladies of nickmom and Wendy Williams

Disclosure: I was invited by Nickelodeon to the nickmom social at the Viacom Building in New York City. It was a great night filled with laughter, and really good mini cheeseburgers. The fries were soggy, sorry to report. I told you my friends, no matter what the deal is, I’m always going to tell it like it is! 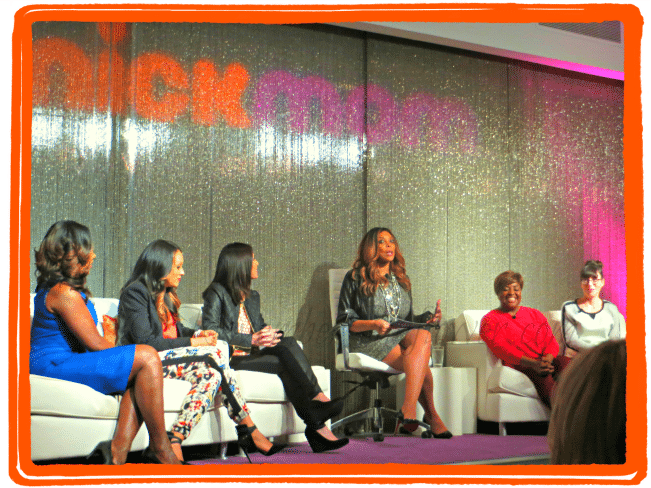 Our house has always been more of a Nickelodeon house. I’m not sure if it’s because my daughter’s favorite color is Orange, and her next favorite is purple, but we’ve always migrated towards the Nickelodeon shows. Well, except for the one with the yellow sponge….that voice makes me want to remove my ears and hang them on the wall as decoration. It’s just beyond irritating. Even worse is the sound he makes when he walks…….man I am not a fan of that show. However, there’s still a lot of Victoria Justice, Ariana Grande, and the favorite of all favorites is watched in repeats: iCarly.

Since we’ve got a very “Nick” centered home, I consider myself a NickMom. I watch Nick at Nite all the time. Re-runs of Friends, people. It’s a must at bedtime! However, to add to the mix, there’s a new show that came out on Sunday, September 29th. Did anyone catch it? It stars Tia Mowry-Hardrict. Remember her from Sister, Sister and the reality show she does with her sister? Personally, I’ve always loved the twins, and I did love their reality show. I find the two of them super sweet, and down-to-earth, and dedicated to family.

Well, this time around she becomes a mom rather quickly! The show is called Instant Mom, and stars Michael Boatman, and one of my favorites of all time, Sheryl Lee Ralph. Boatman was from Spin City. Ms. Ralph is from so many shows, but my favorite of hers was Designing Women. Plus, she’s from Long Island! Got to give the love for a fellow Island gal!

It should be a fun show, I’m looking forward to future episodes.