Disney Pixar Inside Out Movie Review

I was a little worried about Disney Pixar’s Inside Out. After hearing from the producer, Jonas Rivera down at Disney Social Media Moms Celebration in May, I so wanted to fall in love with the movie. While down there, part of the experience included seeing 2/3’s of the movie. After seeing it, the worry set in. I was very disappointed in what I saw, and was nervous I would be disappointed, once again, by Disney’s movie team. However, I held out hope, because the Pixar Animation Studios had always given audiences amazing movies in the past. Plus, Jonas was so passionate about Inside Out, I knew I had to keep the faith! 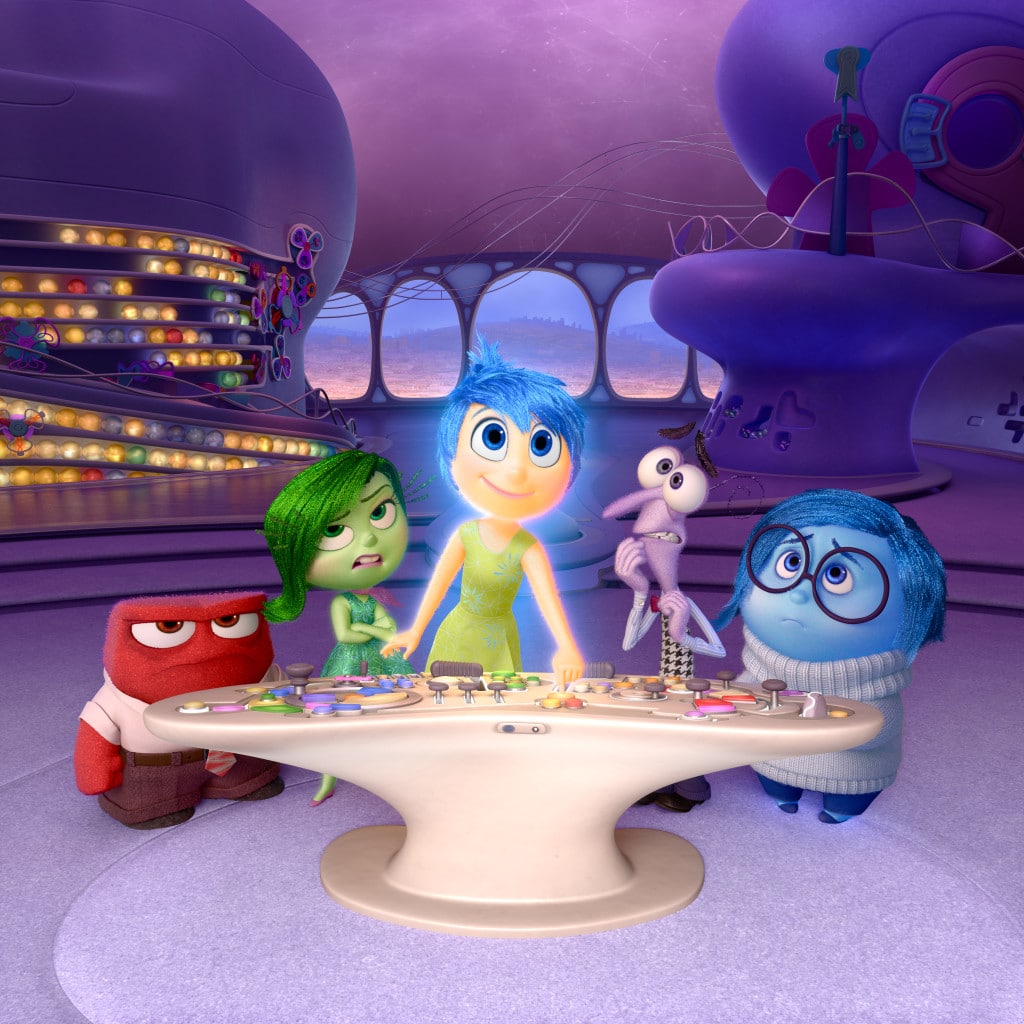 Disney•Pixar’s “Inside Out” takes us to the most extraordinary location yet – inside the mind of Riley. Like all of us, Riley is guided by her emotions – Anger (voiced by Lewis Black), Disgust (voiced by Mindy Kaling), Joy (voiced by Amy Poehler), Fear (voiced by Bill Hader) and Sadness (voiced by Phyllis Smith). The emotions live in Headquarters, the control center inside Riley’s mind, where they help advise her through everyday life. Directed by Pete Docter and produced by Jonas Rivera, “Inside Out” is in theaters June 19, 2015.

Disney Pixar Inside Out Movie Review

When the email came from Disney asking if we wanted to check out the completed film at a preview, I told them absolutely. We had to see the finished product on the big screen! However, I was still a bit apprehensive. I kept thinking: what if I don’t like it, and another movie from Disney sinks like a cement brick in water? How do I attend another screening, and have nothing positive to say about another Disney movie? Will it be another waste of film like the last few I’d seen?

I pushed all those thoughts aside, and we went to the preview with positive thoughts, and a real desire to give this movie the chance it deserved! I’m happy to report, Jonas Rivera has a lot to be proud of on this production! Endings truly do make, or break, a movie! I mean, with a cast like the one in Inside Out, you really can’t go wrong!

Listen, it’s not that I didn’t enjoy the 2/3’s of the movie when we saw in Downtown Disney during #DisneySMMC. I thought it was cute, but it was lacking something. It was blah without the ending. It’s the ending that puts this baby all together, and brings it all the way home! You’re going to cry, for sure.

Let’s back up a bit, so I can kind of give you a background of Disney Pixar’s latest movie. Inside Out centers around a little girl, and the emotions inside of her head. Riley, the sweet 11-year-old girl loves her life, her family, hockey and her friends. It’s all going fabulously out in Minnesota. Then, the old man has to move everyone to the West Coast. Yup, as if being a pre-teen isn’t hard enough, let’s add moving away from EVERYTHING that’s been your life since birth.

Super fabulous idea mom and dad. It all spirals out of control, and poor Riley is just an emotional mess. Nothing shocking, right? You can get that from the trailers all over YouTube! Why does it go all crazy? Well, that’s because Joy is a bit of a control freak and wants to keep Riley happy all the time. Joy and sadness end up outside of “headquarters,” leaving fear, disgust and anger, to rule over Riley. Typical pre-teen emotions, right?

Obviously, I can’t tell you the entire storyline, what’s the point of that? You have to go see the movie, buy your popcorn and candy, and enjoy the roller coaster of emotions for yourself. What I can tell you is Joy finally learns her lesson, and we all start to understand how important each emotion we experience is in life.

Anger, fear, disgust, sadness and joy work as a team, and once you’ve dried your eyes after seeing what Riley’s imaginary friend, Bing Bong does for Joy, you’re going to fall in love with Inside Out. It’s been a long time, but FINALLY, I’m recommending a Disney movie to see in the movies. However, if you want to save money, do it without the 3D. It’s not going to make, or break, your experience. Skip it, it’s still a great movie.