Disclosure: I am a member of the Collective Bias® Social Fabric® Community. This shop has been compensated as part of a social shopper insights study for #CBias and their client. Every last opinion is 100% mine, and that of my family. It should go without saying, but since so many other people out there aren’t as transparent as I am, the FTC makes these laws, and though I’m a rule-breaker, I’m not a law breaker, so you’re stuck having these types of disclosures at the start of all my sponsored posts. My apologies. Now let’s get this party started!

We’re here to chat about unlimited plans for cell phones. Yup, we are. However, don’t be alarmed, but the following image MIGHT scare some of you. Heck, some of you might not even know what the heck it is. I’m here to assure you, everything will be okay. Trust me. Okay, are you ready? Hopefully you’re sitting down for this….I don’t want anyone’s lawyers calling me claiming I gave them nightmares, or a head wound from fainting. Okay, here goes. 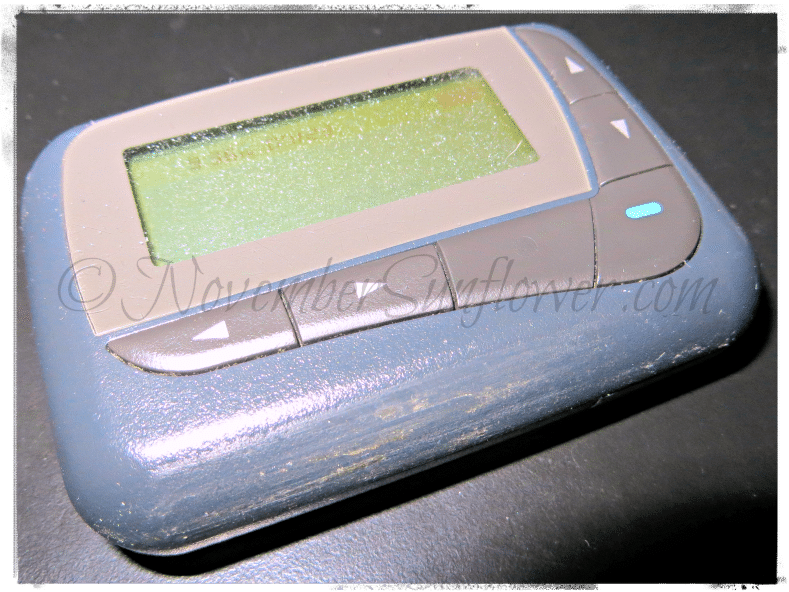 Okay, it’s over now. Scroll down so the image disappears. I’m so sorry for having to do that to all of you out there. Hopefully, you won’t have nightmares tonight, and you can find it in your hearts to forgive me. I’m glad it’s over now, but it had to be done. What was that thing, you ask? It’s what’s called a Pager, or sometimes a Beeper.

Actual human beings use to carry these around, before cell phones, so that other people could “beep” or “page” the owner of the device. A caller would pick up the phone, call the assigned phone number, wait for it to pick up, give you this odd little noise in your ear, then the caller would dial her phone number to be called back at, followed by the POUND sign. Then the caller would hang up the phone, and wait for the owner of the pager/beeper to call back. Almost barbaric, right? Cave man style communicating.

It’s a simple concept. It worked for a long time….and then technology got better: cell phones entered the scene. People still carried the beepers, as it was hard to let go…..but they also had their cell phones, so it was easier to call back those who paged the pager. Needless to say, these things are dinosaurs, and do not roam the Earth anymore………..or so the world thought. The world is wrong.

The pager is in my house, attached to my very own husband. Heck no we don’t pay for the service, his company does. However, people know if they want to get in touch with my husband, they have to page him on that dinosaur and then he calls them back with this “close to being extinct” bad boy right here. 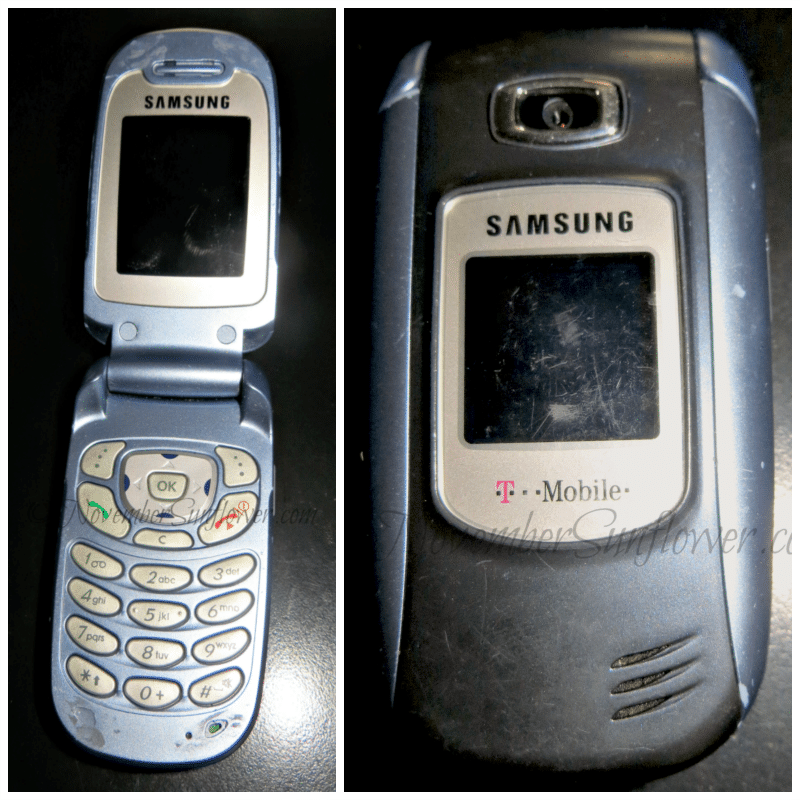 If you’re not familiar with it, that’s a cell phone, but it comes from the “flip-phone-a-saurus” century, and it’s another relic I’d like to see exit my home. However, there it sits on my kitchen counter, next to that pager, every evening after the husband comes home from work.

His main reasons for not wanting to get rid of the pager, and flip phone?

Knowing my husband, the phone of choice? Concord. Going from a pager, and flip phone, you don’t want to overwhelm – you just want to make as smooth a transition as possible, especially when this change is being forced upon you. I totally understood. Concord it is! It arrived at our doorstep, much to the joy of our children. They aren’t big fans of having the only Dad in the world with a gadget that belongs in the Smithsonian! 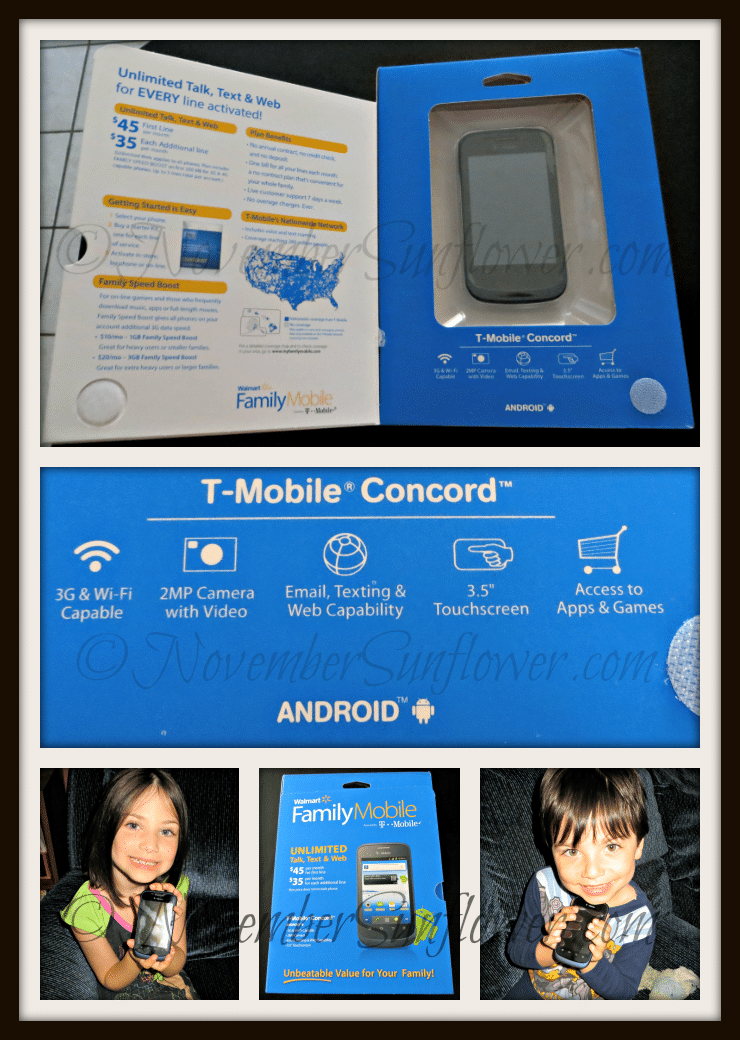 It’s not a party until the shopping starts, am I right? What’s that mean? A trip to Walmart to buy the Starter Kit for $25, get it activated in the store, and while there, we might as well activate the phone, rather than really scare the poor husband and have him do it online through the account management site! Let’s not give the man heart palpitations. I still needed him to test it out, report back to me on the whole experience of USING the phone!

Unfortunately, when making the purchase, the young lady informed me I’d have to activate the phone online. I asked her why? She just shrugged. Since it was late, I just didn’t have the energy to ask for a manager, and insist they do it…..and we went along our merry way! 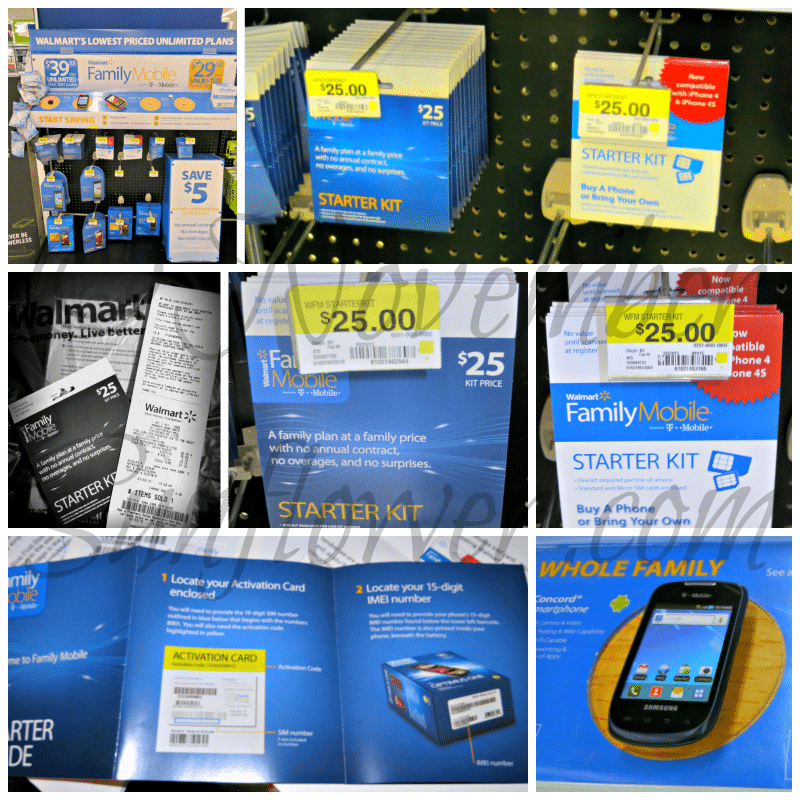 Once home, I headed to www.myfamilymobile.com/activation and did it all my little self. I pulled that starter kit out, as well as the instructions, and got my husband’s phone all hooked up with a new phone number! I even went ahead and created an account for us to be able to monitor our phone, the bills, and payments – just because I’m that good of a wife. It was kind of difficult, because for some reason the newly created account must not have been working properly. I was on the phone with Courtney on Customer Service for a bit of time, but think we’ll be able to get the issues worked out over the next couple of days. I just have to wait for the account to unlock itself and try again.

If the husband had to sit on the phone dealing with creating the account online, and having to handle text messages coming to the phone with codes to enter into the website, he’d have flipped out! I’ll handle it over the next couple of days, so he doesn’t have to worry, or get spooked!

Here’s the moral of this little story….when you’re married to a woman who has made it her life’s mission to find the best VALUE for every dollar spent, trust when she comes to you with #FamilyMobileSaves plans like that from #WalmartFamilyMobile – she’s going to always be right! I was challenged to find an inexpensive plan to welcome him into the 21st century, challenge was not only accepted, but I NAILED IT.

Stay tuned, next month I’ll be reporting to you about what he thought. It won’t be live, but it’ll be through the written word! Unless I can get him to do video…..hmmm….interesting.