Wii U Skylanders Imaginators gets two thumbs up from The Boy 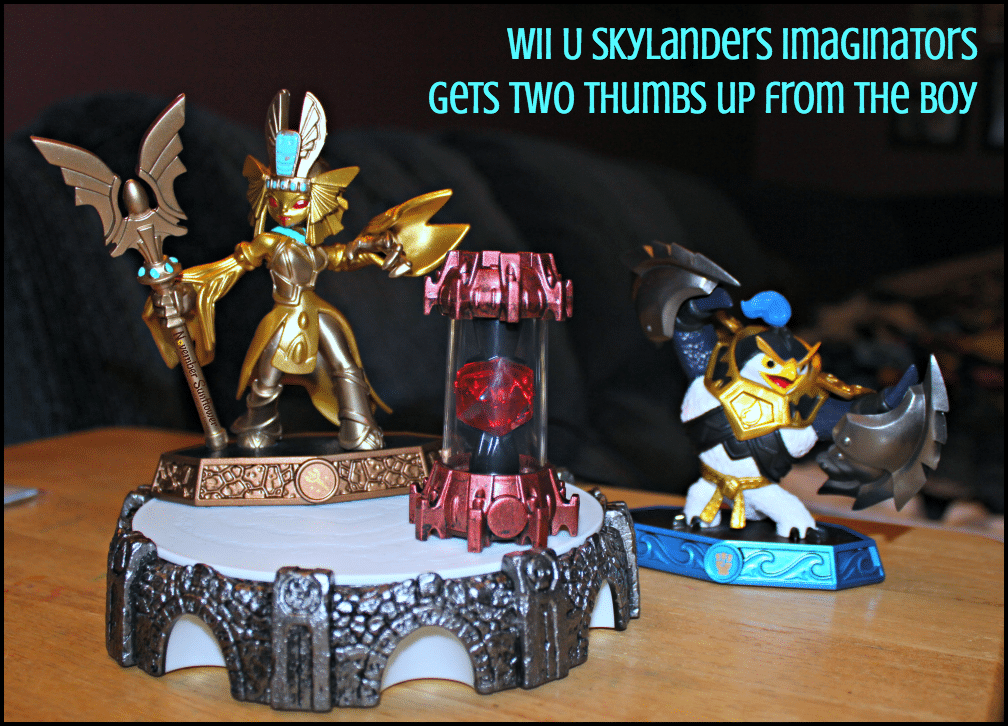 Wii U Skylanders Imaginators gets two thumbs up from The Boy

I’ll be the very first to admit, I’m not into video games. As a kid, I never really loved them, was into them, or wanted to play them. The best I did was a GameBoy back in the day, with Tetris and some kind of Mario game. I still have it, since my mom basically saved every toy from her children’s childhood. However, for me, Pac Man on our little miniature arcade game, and the GameBoy, were about as adventurous as I got with video games.

Now, my son? He’s a fan of a variety of game consoles, and games he plays on the game consoles. We physically own Wii U, a gift I purchased one Christmas. Wii U arrives in our home. The games he shows interest in: Skylanders. I don’t know what it is about Skylanders characters he loves so much, but he’s addicted. When I ask him to show me the game, unfortunately, my eyes glaze over about two minutes into it. So, instead of having him show me the game this time, I just asked “WHAT is your FAVORITE part about the Wii U Skylanders Imaginators?”

Ma, you can make your own Skylanders with this one. It’s awesome. I’ll never be bored again! 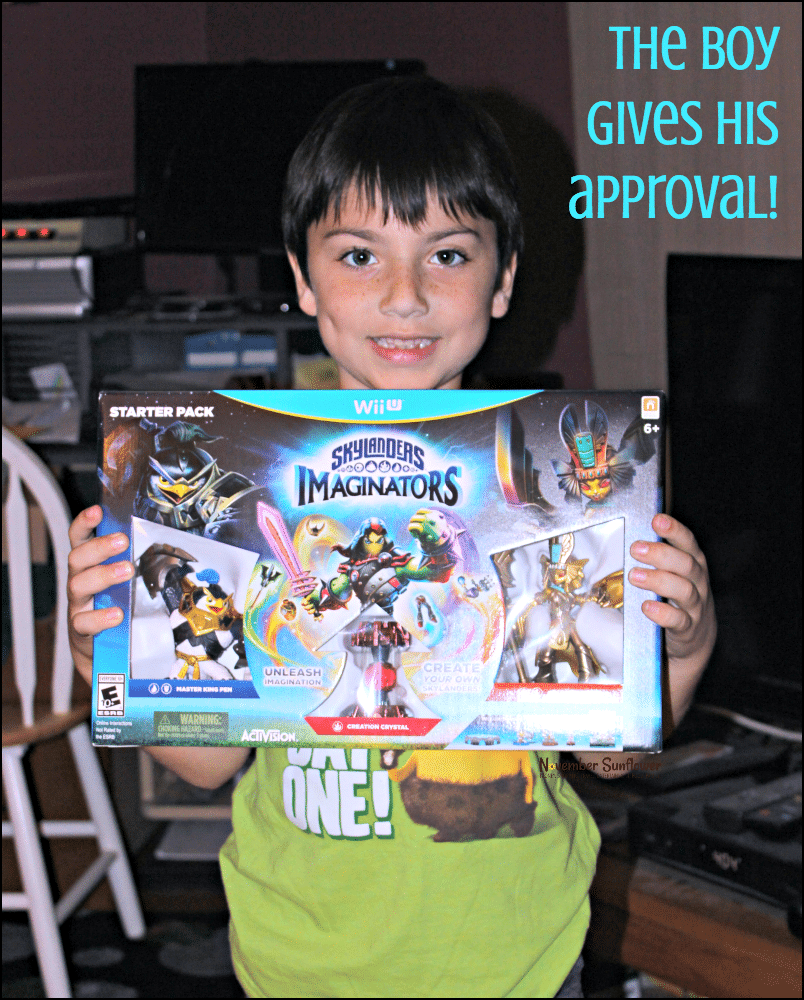 Do I believe The Boy?

At the ripe old age of 8, I think he believes he’ll never get bored with this new addition to his Skylanders repertoire of games. However, I know him better than he knows himself at this point, so I believe I’m stuck buying a ton of little figures in order for him to creating new characters. He’s got a few now, and I can tell he’s itching for more. The kid likes options, and let’s say, Skylanders Imaginators definitely provides him with lots of options.

I trust the boy loves his new game, but also, trust the Activision company is set to receive lots of our cash the next year, until the next Skylanders game comes out. Since a new one comes out almost every year, I’m banking on 2017 to bring yet another version to our home!

Parents, get your wallets ready!