10 reasons you should learn a musical instrument

Here at November Sunflower I’m all about sharing amazing opportunities for kids, families, and basically everyone. In the world of education, I’m someone who feels all kids should learn a musical instrument. It rounds out a child’s education in a way that nothing else can. With the help of our guest writer, Dace Dubrova, the President & CEO of C Major Music, Inc., here are the ten reasons why everyone should learn a musical instrument. 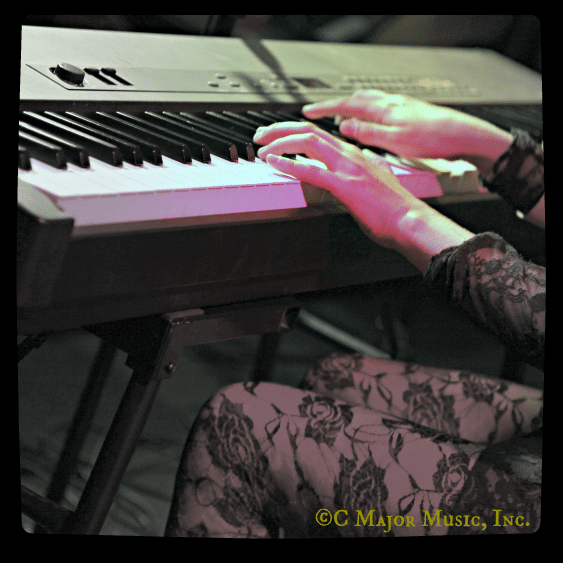 10 Reasons Why Everyone Should Learn a Musical Instrument

Oftentimes when parents inquire about piano lessons with me, they say something along these lines: “Johnny seems to be interested in music, he likes the piano in particular, so Santa brought him a keyboard for Christmas. Therefore we are now interested in taking lessons.” I always chuckle when parents reference Santa when telling the story, but that’s another conversation…

Why learn a musical instrument

Besides Johnny’s (or Annie’s) general interest in music, and in a particular musical instrument – and the fact that acquiring a new skill is generally a good idea – what are the other benefits of learning to play a musical instrument? Let’s see how music can be helpful throughout the life and why the ability to express oneself by playing a musical instrument is such a blessing.

Numerous studies have shown kids who take music lessons have a higher IQ (as much as 7 points higher) as opposed to kids who take other classes.

Playing a musical instrument enhances other creative and/or useful skills.

Music is the Universal Language of Mankind.

This concept is deeply connected to adding creative, useful skills. Music has been around since prehistoric times. Even during the time musical tradition was not notated, archaeologists have found remains of flutes made out of bones. They also found different percussion instruments around the world. Wherever anyone goes, he can instantly connect to people anywhere if he is musical, and even more so if he plays an instrument.

A musician can romantically surprise a significant other.

Whether she wants to write a love song. Perhaps he wishes to propose to his significant other. Maybe play a surprise performance at a wedding. Being able to play a musical instrument well is a talent everyone appreciates. Knowing how to put together a simple (or not so simple) love song can add a sweet note to a relationship.

People can play musical instruments all of their lives.

Unlike many other hobbies, music is not something people do until they reach a certain age. When turning 70, there’s no reason to be just observers, and concert visitors. Even better, people can learn how to play an instrument at any point in their lives.

Everyone, from famous singers-songwriters to amateurs, when scorned by their lovers, have tampered with chords, melodies and lyrics. Instead of dwelling on an emotion a musician can just “let go” by writing a song, or a piece of music.

Thus music is a powerful stress relief. It has been proven that when practicing and playing music, brain waves slow down. When awake, and non-stressed, the brain works on low and mid-range beta waves. When stressed, the brain produces high beta waves, and people live in the so-called “survival mode”. Therefore, practicing music is recommended as a stress reduction tool as well as a supplemental therapy for recovering addicts.

Whether one plays classical, pop, rock or jazz, he needs to listen to what she plays, and what others in a band play. One also needs to listen to what he plays when playing solo. He needs to be aware of music he plays, and the beat he has to keep. Studies have shown that children who play music have better general listening skills, attention and focus in comparison to children who do not play a musical instrument.

Now if you’ve been keeping count, that’s only 8 reasons, so far! The last two reason listed here apply to those who pass the absolute beginner stage of an instrument, and play together with other people. Also, if they take group lessons, and play before other people (at least once in a while.)

When someone starts playing with other musicians, she needs to develop good team work skills. Not only does a band have to sound as one musically, but also it must be on the same page personality wise. That requires a musician to develop good interpersonal skills, and the ability to work out any issues that may arise.

When a musician takes part in recitals or even better, when taking group classes, musicians have the great opportunity to get used to playing in front of people. They also get used to a performance setting. Being able to perform, or be on stage, are great skills to have, because many people have to do some type of public speaking! Adults are constantly being thrust in front of a crowd, whether it’s at work while holding a presentation, at a religious or family gathering, or at a wedding where the best man has to give a speech. Musical performances give people the opportunity to acquire this skill at an early age!

Dace Dubrova is the President and CEO of Manhattan’s C Major Music, Inc. which offers jazz music lessons, and classes, for children and adults. She is also a professional singer and pianist, and piano and voice coach at her company.