Disney Frozen is a must see

Disclosure: I was invited to see this movie with my husband, and children, in order to facilitate this review. All opinions are 100 percent mine, and that of my family. 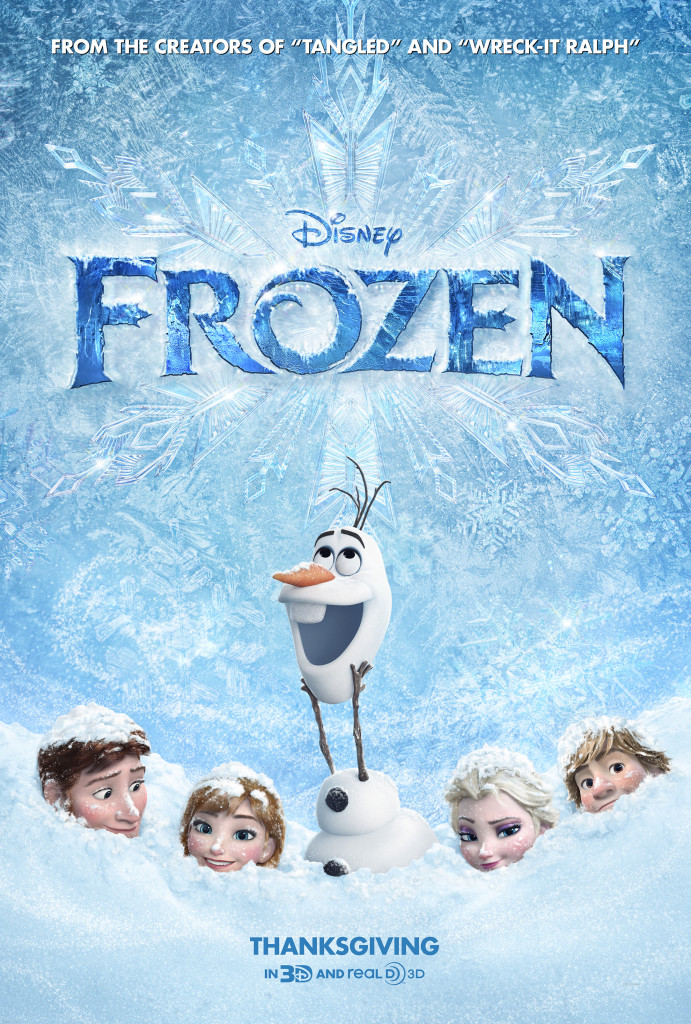 Disney has a habit of making all their new movies 3D. It’s usually not necessary, and since I paid a ton of money to fix my eyes so I wouldn’t have to wear glasses to see, it can be annoying at times. However, the kids love it, and whenever I’m asked to check out the movie, it’s always the “full experience” with Disney. Well, this time, I understand why they used 3D to make this movie come alive. Disney Frozen is a must see, and this time I’d have to say, spend an extra couple of bucks for the 3D version of it. Totally worth it.

Frozen tells the story of two sisters who are super close as children, but after an accident, elder sister Elsa has to keep herself separated from younger sister, Anna. The story unfolds quickly, and thankfully they use Idina Menzel’s singing voice to the max in this movie. She’s got powerful songs, and surprisingly, so does Kristen Bell who voices Anna. It’s a musical jammed into an animated film. The Boy was thrilled, and didn’t take his eyes off the screen ONCE! He had some major belly laughing action happening, too.

Little Miss sat back, and didn’t move at all once the movie started. She giggled at the funny parts, and sat up a little bit when the characters sang. There’s so much singing in this movie, it’s beautiful. Like magic. Little Miss ate it up, and on a few occasions commented on how beautiful the movie looked. You know what? She was right.

The scenes in the snow, and ice, are magically beautiful. Elsa’s icy powers lend to the 3D aspect, and just the overall magnificence of Frozen. The movie is brought to us by the makers of Wreck -it Ralph, so the story is superb. If you’ve got a sister, grab her and bring her to the movie. It’s the perfect way to celebrate sisterhood, love, and true love.

Plus, there’s some cute trolls who have an awesome musical number of their own.