Disney’s Planes gets two thumbs up 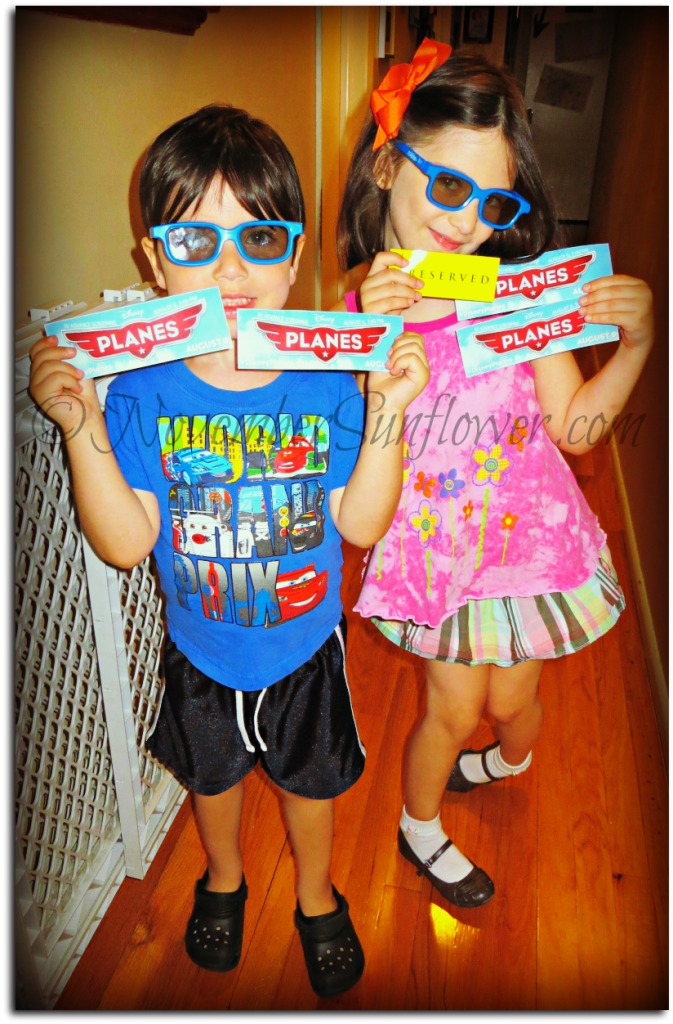 If you haven’t heard about Disney’s Planes….you must be living in an alternate universe where there’s no Disney at all! The movie’s been advertised everywhere, and if you’ve got kids, and they watch The Disney Channel, you’ve seen the ads more than anyone else on the planet!  The movie’s out TODAY, August 9th, and my family got to see it a few days early thanks to the kind folks at Disney! I love being able to do these kinds of things for my kids, plus it gives me a great excuse to see movies that are meant for kids, but really everyone wants to see. I mean, it’s #DisneyPlanes – it’s a win for all the family!

Here’s a little sneak peek, just in case you didn’t get the chance to see the million and one ads being shown all over television.

Disney’s Planes is a bit special for me, because I’ve got this known fear of flying. I’ve also got a fear of heights. Guess what Dusty, the main character in Planes has? No, he doesn’t have a fear of flying…….but he does have a fear of HEIGHTS. Now, I’m not going to give anything away, but it is a Disney film, so you can figure out what might happen to this character’s fear of heights during the course of the film.

Is it a cute movie? Yes. It’s got great messages throughout the movie – like most Disney movies do. My daughter loves that the main character is her favorite color, ORANGE. My son loves the crazy El Chupacabra – and of course, the first time we get to meet him in the film, my son was in the bathroom. However, he won’t realize this until the movie’s out on DVD…..plus, he gets to see it in almost EVERY ad on television, so he should be all good with it!

Is it worth seeing it in 3D for the extra money? Not really. It’s got a lot of flying, sure, but save your money and see it in the regular format. Honestly, 3D is being overdone…..let’s get back to regular movies, without having to wear silly glasses every time we go to the movies! If you’ve got kids, though – I definitely recommend going to the movies to see it. It’s cute, it’s fun, and it’ll be a winner in their eyes.

My kids give it two thumbs up, but did say there were some BORING parts……I could see what they meant, there were a few parts that had no laughs, and they were strung together. They could have mixed it up better, so that kids would be laughing a bit more throughout, but hey, overall – very good effort!

My favorite part? When Dusty helps out Bulldog out in the skies…..it’s kind of how I hope my kids are being raised, to be like Dusty when they see someone in trouble. In this life, you’ve got to have character, and know the right things to do in difficult situations. Hats off to Disney for that scene, it was a winner in my book!

Disclaimer: Disney allowed me to see this movie at no cost to me, and at no cost for my children, and husband. All opinions, as always, are mine – and that of my children. The good, the bad, and all that comes between!