My all time favorite classic movies

No, I don’t head to the movies all that often, but once those movies hit the small screen, I’m all about the movies! I love contemporary movies, but I also love the classics. On a cold, winter day, while the snow is falling, it’s nice to curl up and turn on a classic! Here are the older movies that I love most of all.

A lot of great comedies were made in the 30s and 40s, but Sullivan’s Travels is definitely one of the best. Joel McCrea and Veronica Lake take the lead roles. McCrea plays a Hollywood director in the great depression. He wants to make a serious drama about the plight of the poorest people in the country. For his research, he decides to disguise himself as a hobo, and head out into the country. He soon discovers that comedy is often a better remedy than serious dramas though – and this hilarious film proves that point.

Singin’ in the Rain is one of the most beloved films ever to come out of Hollywood. Everyone’s seen it, and everyone loves it. If you haven’t seen it, you need to. It’s another film about film. Gene Kelly fills the lead role. He plays an actor during the transition from silent films to talking films in the late 1920s. The title song has become world famous, and so has the dance sequence that accompanies it. 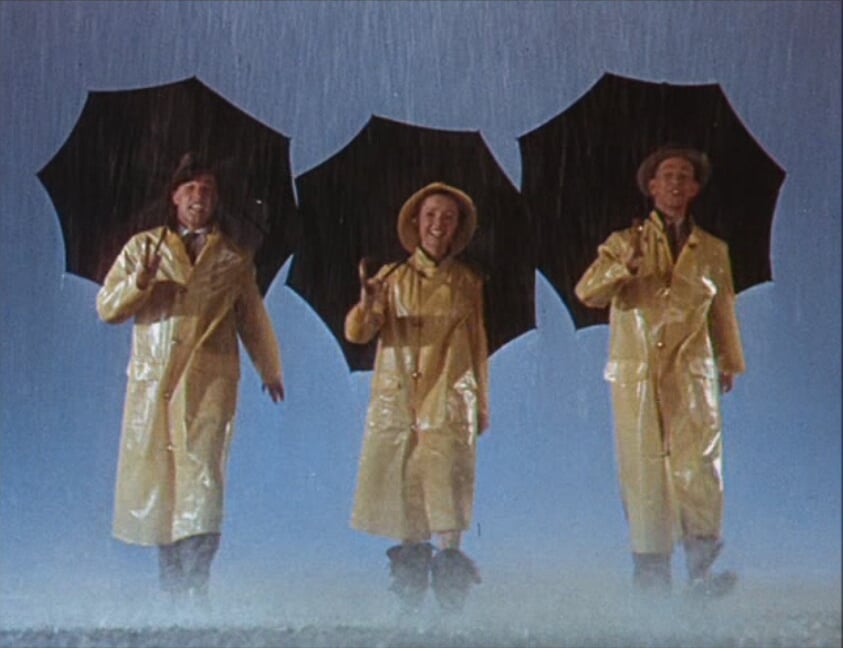 This list wouldn’t be complete without an appearance from Marilyn Monroe. She made many fine performances in her relatively short career, but this one has to be at the top. The fact that she has the great Jack Lemmon alongside her, helps too. It’s a film that’s sharp, and witty, from start to finish. It’s exactly what you’d expect from the talented director Billy Wilder, and his all-star cast.

Alfred Hitchcock was the master of suspense, and this horror film is his most chilling, and unusual. He made Vertigo, The Birds and Rebecca, but nothing scares me as much as that famous shower scene in Psycho. It’s a film that marked the start of the modern horror film. So, if you consider yourself a horror fan, you need to go back, and see where the first slasher film was born.

The young graduate in The Graduate is played by Dustin Hoffman in one of his finest roles ever. Dustin Hoffman’s career has seen its highs, and lows, but this is the film that really made him a star. His character has an affair with an older married woman, Mrs Robinson. However, he subsequently falls in love with her daughter. Known for its subversive comedy, and distinctive soundtrack, The Graduate is one of the best American films of the 1960s.

If, like me, you love a good romantic comedy, Annie Hall has to be one of your favorites. It’s the ultimate rom-com; it’s funny, romantic and honest. Woody Allen continues to work, and direct movies to this day, but as good as some of them are, they can’t hit the heights of Annie Hall. It tells the story of Alvy and Annie, from the time they first meet until their eventual breakup. And there are plenty of great laughs along the way.

Which classics do you love to stumble across while flipping through the channels, on a cold, snowy day? Share in the comments below!