Need for Speed – The Movie

Disclosure: I attended a pre-screening of Need for Speed at no cost to myself. The review, as always, is 100 percent my opinion. 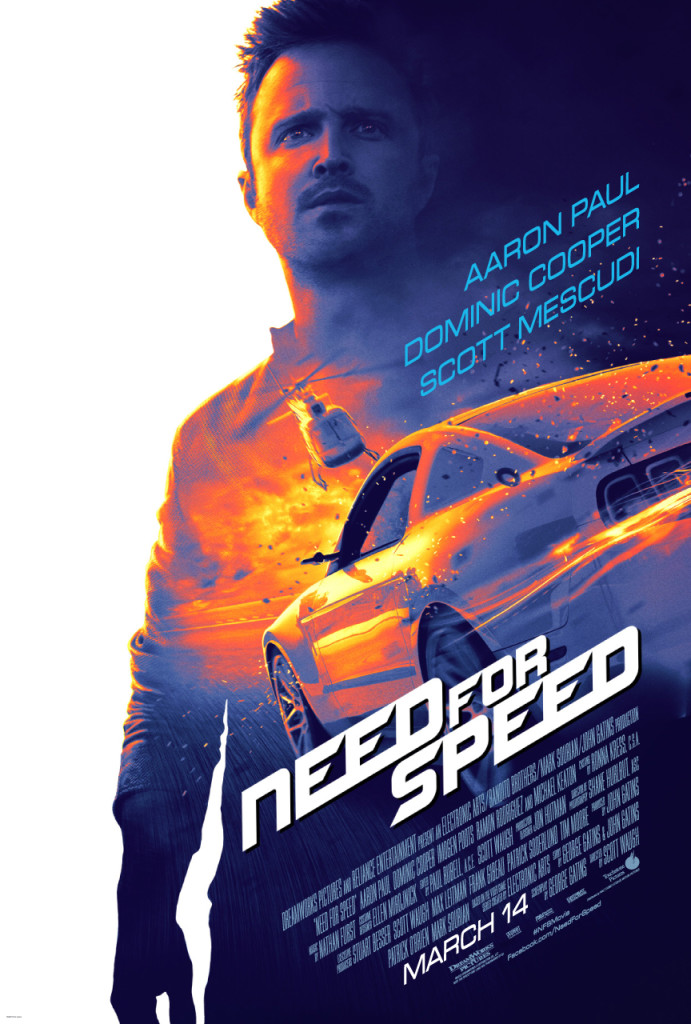 Let’s just start off stating the obvious: I’m a huge fan of Fast & Furious. It’s one of my favorite movie franchises, with the exception of Toyko Drift. It’s hard for me to watch the Fast movies now that Paul Walker’s passed, but I do hope by the time the new movie rolls around, I’ll be able to watch him on the big screen again. Time will tell. In order to fill that void, Need for Speed has entered my movie world. I have to say, I enjoyed it. Is it is perfect? No. It’s not. It’s slow in some spots, but the racing scenes are very real.

Need for Speed – The Movie

It’s got racing, drama, deception, death, and love. I’m sure it’ll be spun off into a franchise of some sort, because there were stories there that needed to be explored more – such as the background of the main character, Tobey Marshall, and his former lady, Anita. I’m sure that could be a whole story in and of itself! You know, for the ladies who love a good “torn between two boys” love story.

In any event, it’s starts out a bit slow and it has  few slower moments in the film. Tobey Marshall, played by Aaron Paul of Breaking Bad fame, is a man of few words. Personally, that’s fine. He’s a decent looking guy, with a sexy voice. He cracked a couple of jokes, in a dry delivery, and that was good for me. His buddies make up for the talking……and joking…..and all-around fun. He’s got a team of friends who work for him, and help him in races. A guy in the sky who flies a Cessna, amongst other aircraft throughout the movie. Two buddies who can build, and re-build any car on the planet. The three of them are good for a lot of comedy, but in a very subtle way.

Is it going to win an Oscar? Nope. Will it win people over? I think so. In a world where special effects rule the movies, this movie isn’t indulging on the computer enhancements available to it. The street racing is legit. Shots are filmed from inside the car, which I would imagine will go over HUGE with gamers out there who love the video game. The crashes are legit. I had to watch with 3D, because that’s just part of the pre-screening fun. I was skeptical as to why it needed to be in 3D, but after watching, I get it.

The 3D did enhance the racing scenes, plus a couple of other ones that involve a dog. I jumped a few times, and I cried a couple of times, and I fell in love with the friends who try to right a wrong. I had no expectations going into this movie, and I came out a fan. It’s got the right amount of fun, action, and heartbreak for it to be enjoyed by men, as well as women.

Oh, and Michael Keaton was extremely enjoyable to watch! He got a couple of great one-liners in there……loved that!