You don’t have to be a gamer to fall in love with the super cute duo of Ratchet and Clank, that’s for sure. I’m certainly not a gamer, and I totally believe Ratchet and Clank rock the silver screen in their new movie, Ratchet & Clank. 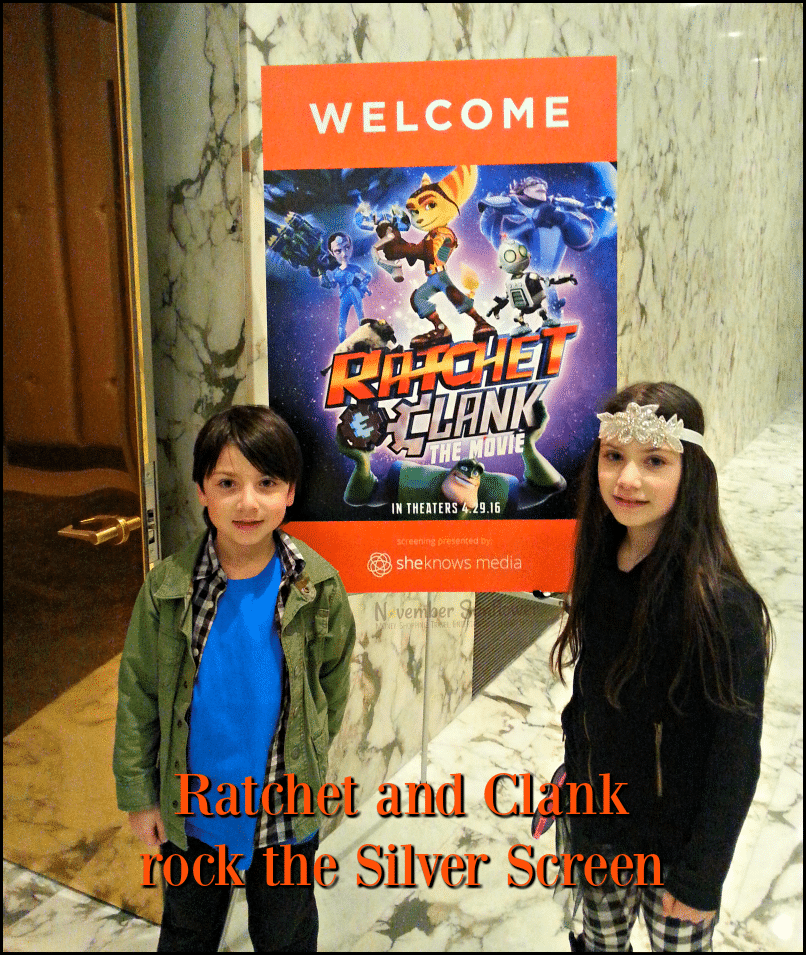 Understand: I’m not a gamer. I’d never heard of Ratchet, let alone Clank, prior to learning of the movie. The kids? They knew exactly who this dynamic duo was, and they’d been seeing the commercials for it for weeks. When I announced we’d be seeing it, and previewing it before it comes out IN THEATERS FRIDAY, I thought they’d both keel over and stop breathing. It’s amazing what excites kids, isn’t it? Plus, we’d be going into New York City to see it with just a few fellow bloggers and their kids, and there would be snacks! You’d have thought they were going to be in the movie, hanging with the characters.

Going into this preview, I had no expectations, which is how I always enjoy going into a movie. Don’t listen to any movie hype. Ratchet & Clank The Movie pleasantly surprised me. How can you not enjoy a movie with voices like John Goodman, Paul Giamatti and Sylvester Stallone, giving life to characters? Not only that, but Bella Thorne, who’s a favorite in our home. Remember her from Shake it Up? My kids do!

The little sunflowers enjoyed the movie. The Boy was sitting on the edge of his seat throughout most of the movie screening. It entertained him, for sure. However, it also subtly taught a bit about what it takes to be a true hero: the little things you do, and being a good friend. What does that mean? Throughout the movie, the message is clear. Being a true hero:

Ratchet looks up to a “hero,” Captain Qwark. However, Captain Qwark seems to only want to be a hero if he’s in the spotlight, getting autographs, and being the center of attention. He’s not nice to his team. When Ratchet enters Captain Qwark’s world, the lessons about friendship, and heroism, are clear. However, kids aren’t listening to a lot of preaching.

Ratchet & Clank The Movie does a great job of entertaining adults, without losing the fun of the movie meant for kids. Plus, kids love when the underdogs end up saving the day, am I right? Every kid wants to believe they can change the world, and do it with the help of loyal friends! Is it going to win an Oscar? No, but again, Sylvester Stallone voiced one of the characters, and that’s probably the coolest stamp of approval you can get in Hollywood. I mean, it’s Sly Stallone! What’s even better?

You don’t have to be familiar with the game. It’ll entertain no matter what, and some of those weapons the characters use are rather cool. Oh, by the way, there’s a sheep in the movie. Which is really all you need to make a fun movie. Just take the kids, they’ll love it, and you’ll leave the theatre not regretting the trip out.