Want to know what my kids think of Bari Koral family rock band? Let’s put it this way: my children, ages 4 and 2, SCREAM for me to turn up the volume LOUDER when we listen to Rock and Roll Garden, Bari Koral’s CD, every day in the car. ‘Nuff said, right? 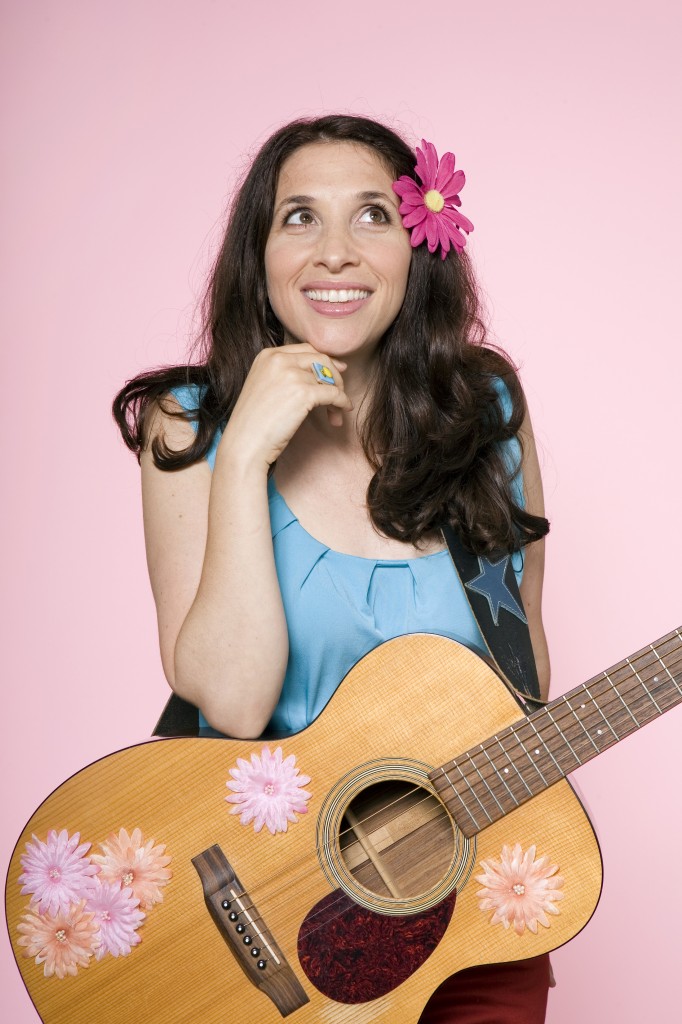 Who is Bari Koral? Simply put: she’s called the “It” girl of kids/family music by NY Magazine and was recently featured in the New York Times. She’s a popular family recording artist and her newest CD, the one my kids scream “turn it up” just won the 2010 NAPPA Gold Award for the best new album for kids. It also won the Parents’ Choice(R) Silver Award.

Let me be absolutely honest with all of you, the first time I put the CD on, my kids asked for the radio back. The second time, they listened to a couple of the songs and I asked, “Do you like this?” I got a nod from my daughter, not much from my son. The third time, both kids started to bop along with it in the backseat. The one that my son loves is Clap It!. It caught his attention from the first note. The Backpack Song hooked my daughter in.

I’ve had the CD playing in the car for a week now, and my son is singing along to quite a few of the songs on our way to pick up his sister from school. I hear him in the back singing, POP, POP along with the song Pop. “And the corn goes POP, POP, POP……” He’s not super loud, just kind of matter of fact about it. It’s pretty cute.

The Clap It! song has lines that go “Let’s Clap It right, right, right” and “Let’s Clap It left, left, left.” Then ones that go “Clap It High” and “Clap It Low.” I hear both kids in the back seat, but The Boy sings all the rights, lefts, highs and lows, instead of clapping to it. Super cute. I love hearing him the whole way home from dropping off my four year old, as well as when we drive to pick her up. When she’s in the car, they sing but mostly they laugh back there while listening to the music.

Gets a little old for adults

Sorry to report, for me, the songs are getting a bit too much to listen to over and over and over. We may head to iTunes to buy another one before I start singing these things ALL the time (because I am singing them to myself already, just not ALL THE TIME.) The songs are adorable. Definitely fun, and full of energy. Perfect to sing along with kids. Easy words for a two year old, yet “sophisticated” enough for my four year old, who has been talking in full sentences since before she turned a year old. No joke. I did NOT promote this, as I know she would never shut up. And I was right, it’s why my son didn’t talk until he was close to two. Couldn’t get a word in, thanks to big sis.

The CD has become the FAVORITE in the world of my kids. So much so that my daughter asks me every day if she can bring it to school to show her beloved teacher, Miss Katie. I know more about Miss Katie than anyone in the world, as my daughter is just in love with her. Miss Katie’s favorite color is pink. Twenty times a day I hear this. Now my daughter has decided her favorite colors are orange AND pink. For her to want to share this with her Miss Katie, it’s her stamp of approval on this CD. Little Miss’s STAMP OF APPROVAL!