The Medium Next Door isn’t something I normally pick up to read. I’m totally, and completely, skeptical when hearing about anyone claiming to be able to “talk to dead people”. I admit it, I’m skeptical by nature. It might be because I’m a New Yorker, or it could be because I don’t trust things easily. I have to dissect everything; get down into it, before I accept something. It’s how I do everything in my life. However, it doesn’t mean I can’t change my mind once I have exhausted all of my “objections” to my satisfaction. I have to say, I’m totally in love with Maureen Hancock, and her book! 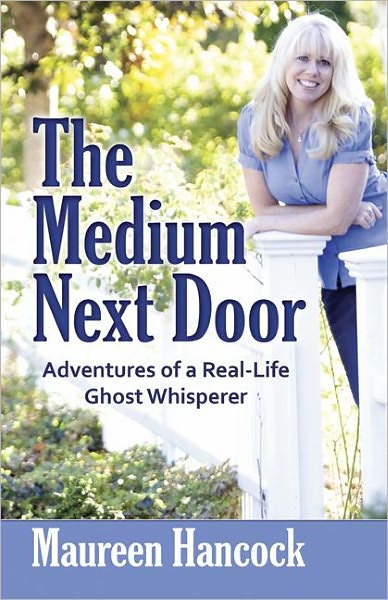 Maureen Hancock‘s book, The Medium Next Door: Adventures of a Real-Life Ghost-Whisperer (HCI Books – $14.95) is eye-opening. She’s a Mom like many of us. She works, is raising a family, and runs a household which includes pets, not just people. There’s activities to attend with kids; a husband to spend time with; and, of course, her charities take up much of her time. Through it all, she has this amazing ability to bring “peace” and happiness to those who have lost loved ones.

I come from Long Island. John Edward is well-known on Long Island, and throughout the country. Honestly, I have always thought he was a nut. I figured he was taking people’s money, claiming he could talk to those who’ve crossed over, then laughing all the way to the bank.

I’m no expert on mediums, or the afterlife, so I can’t say for sure John Edward is legit. All I can say is after reading Maureen’s book, a little piece of me believes these mediums are no different than I am. The main difference: they’re more in tune with themselves, as well as the energy around them.

I believe we’re all made of energy. Science tells me energy has to go someplace, it doesn’t just “die”, or fizzle out. It takes another shape, or form. After reading Maureen’s book The Medium Next Door Book

I feel like the energy from those who have passed away can always be tapped into. Once passed over, those pushy people in your life, get through in a medium’s presence. Let me tell you, I’ve some pushy family members! I’m sure they’ll be pushing their way through if I ever get to meet Maureen!

To put it bluntly: Maureen’s just plain funny (she actually did stand up.) I found myself getting through the chapters extremely fast. It’s amazing to me all that life has thrown at Maureen.

Anyone else would probably crawl into a hole and never come out, let alone want to help others with her “gift.” Not to mention, assisting others with her holistic healing abilities she went to school to learn (including Shiatsu.) It’s an amazing person who does all of this to help others.

What clinched it for me? She doesn’t do any of this just for money. She donates much of her time to Cancer patients, along with giving FREE sessions to parents who have lost a child. Giving so much of herself, and her time, translates as: it isn’t about the money money. Maureen isn’t about to “take advantage” of distraught people. Rather, she’s the real deal and gives back so much of herself. Truly inspiring!

As for the book: super fast read. She brings humor to break up the sadness. Trust me, there’s a lot to cry over. However, at the end of each chapter of her book, she offers up great and helpful techniques all tying into the theme of the chapter.

What helped me the most as I thought of all of these people who contributed to this book? These people telling the stories of their own “sessions” with Maureen? The knowledge of knowing how at peace they all are AFTER spending time with Maureen.

Granted, she doesn’t bring lost ones back in the physical sense, but it’s a comfort to know these loved ones are still “around.” My biggest takeaway: even if you don’t believe in any of it, at least those who do believe are gaining some kind of relief. Far be it from me, or anyone else, to take comfort away from them with any negative skeptical stuff going on in my own head.

I have read the book two times now, plan on reading it again. Amazingly, the passages from those who’ve been helped by Maureen are downright “hair standing on the back of my neck” moments that stay with me. Especially the story of Lulu…..

Is it worth the money?

The book is SO WORTH the money. Even if you’re a skeptic, as I am, you’ll love it. She has you laughing out loud throughout most of the book. It balances nicely after crying over other parts of the book. She also teaches throughout the book with techniques at the end of each chapter.

Since reading the book, I look for little things during my days, to see if my loved ones are around. I read into what catches my eye, and question if it’s because of a loved one talking to me from the other side. I totally think my son chats with my Papa sometimes. Especially when he gives me “the eyebrow” like Papa used to. My son would never know my Papa did this when he was alive, since he passed in 2001 and my son was born in 2008.

After reading the book, my thoughts led me to both of my pregnancies. Both of my kids had HUGE complications prior to birth, and my daughter during the birthing process. It’s a miracle my children are here on this Earth. I feel my Papa had a lot to do with those nurses coming in at just the right time to pick up on my daughter’s issues during labor. I believe my Papa protected her from the two knots she managed to tie into her umbilical cord, and from her wrapping the cord around her neck.

As for my son, he made sure the Toxoplasmosis never entered my son’s system. 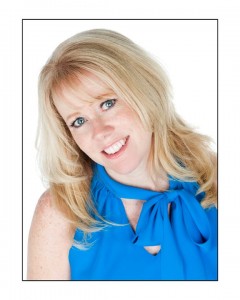 About the Author: Maureen Hancock (MA) is a nationally renowned spirit medium, teacher, lecturer and holistic healer. An associate member of the Licensed Private Detective Association of Massachusetts, Maureen is co-founder of the non-profit organizations Seeds of Hope (www.seedsofhope.com) and Mission for the Missing (www.missionforthemissing.com). She has appeared on Fox’s Wedlock or Deadlock and has been featured in numerous articles and can be heard on radio stations around the country. She lives in a small town south of Boston, Massachusetts, with her husband, two children and a chocolate lab, Ally. Visit the author at www.maureenhancock.com.